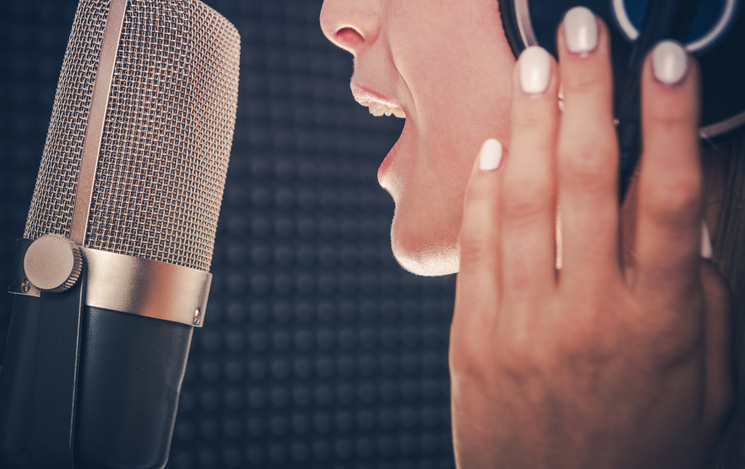 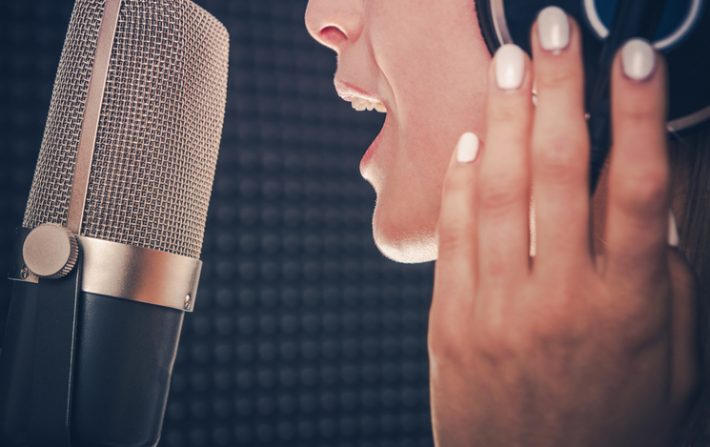 According to what American publishers have told a new study, they produced a total of some 150 audiobooks in Spanish in 2018 and this year will produce 250 such titles.

In addition, the report sees Audible Studios turning out an average 40 to 45 new Spanish-language audiobooks monthly, “which will bring close to another 500 titles in Spanish by the end of the year,” per the study’s narrative.

The founding CEO of Dosdoce in Spain, Javier Celaya is among the best recognized and most reliable interpreters of the Spanish-language markets in international publishing circles. And in his new research, Celaya is reiterating his prediction that by year’s end, there will be more than 10,000 Spanish-language audiobooks on world markets—a head-turning jump from less than 6,000 at the end of 2017.

In March, Celaya produced research that described the outlook for Spanish-language audiobooks from Spain’s and Latin America’s publishers.

This time, his focus is on what publishers in the States are telling him, through research conducted in May and June.

“Seven years of double-digit audiobook revenue growth,” Celaya says, “has provoked a renewed interest among US publishers to produce more Spanish audiobooks, not only to be sold in North America but also to be exported to other Spanish-speaking countries in the region such as Mexico, Colombia, and Chile.”

And in the United States, Celaya tells us, “There are 15 publishing houses that produce Spanish audiobooks, from major publishers to specialized houses such as Fonolibro or the Miami-based Taller del Éxito.

The sales potential Spanish-language books in any format in the States has been a subject of some discussion for years. An influential report from the Spanish government-founded Instituto Cervantes in 2015 flagged the United States as having more Spanish-speaking citizens than Spain. Only Mexico, the report said, had more Spanish speakers than the estimated 52 million Spanish speakers that the California-based nonpartisan World Population Review says are now in the States.

A question for US-based publishers, then, is whether to produce their own Spanish-language translations of their English-language titles or to sell the Spanish-language rights into other markets and territories and see those sales in the States go to those international editions.

Celaya’s report would argue that there’s a lot of Spanish-language money on the table. His forecasts indicate that sales of Spanish-language audiobooks alone in 2019 will run as high as US$9 million worldwide. This represents a considerable jump over 2918 estimates of between $3.3 million and $5.5 million.

“Until the end of 2018,” he writes, “the main audiobook sales market in Spanish was the Hispanic market in the United States, followed by Spain. But the results of [our] combined research clearly indicates that as new audiobook platforms emerge in Spain and Latin American markets, these markets will take the lead in sales of Spanish audiobooks because of their size compared to the US Spanish-speaking population.

“This international growth of Spanish audiobooks outside of North America creates a great business opportunity,” he writes, “for US publishers to export their content to new audio Spanish-speaking markets.”

Celaya, who will be participating in programming on the subject at Frankfurter Buchmesse’s (October 16 to 20) new Frankfurt Audio area in Hall 3, says he sees a division in how US publishers and their Spanish and Latin American counterparts see the dialect question.

By contrast, the Spanish and Latin American publishers Celaya surveyed for his earlier report, said they’ll have some 60 percent of their audio in Latin American dialects this year, up from about 50 percent last year.

In the Dosdoce narrative, these indicators show an American market learning to export audio to the Spanish-language world, and a Spanish-language publishing base targeting the States’ big Hispanic readership. 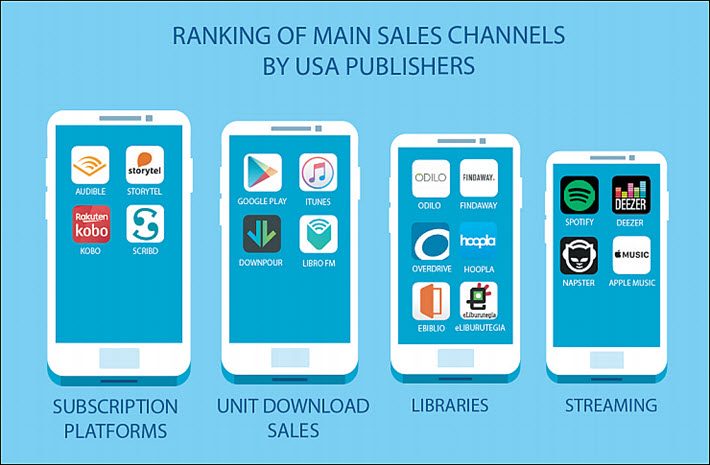 While subscription services in other formats have had mixed success, they seem to be the sales channel of choice for audiobooks. Two-thirds of the US publishers participating in Celaya’s study said they see subscription models to be their leading sources of audiobook revenue through services including Audible, Kobo, Storytel, and Scribd. For the other publishers, platforms including Google Play, iTunes, Downpour, and Libro.fm were strongest.

And, indicating that “the Spotify of audiobooks” marketing lingo may be somewhat misguided, “All US publishers agreed,” Celaya says, ” that streaming platforms such s as Spotify, Deezer, Napster, Apple Music, [and] others, were the least important sales channels.”

As to the relative value of these channel types as seen in unit sales instead of dollars, libraries were cited as the top channel by 83 percent of respondents; subscriptions were second at 60 percent; and the streaming services were third, with 70 percent of unit sales.

By comparison, Celaya notes, libraries have yet to become a meaningful factor in sales figures in the Spanish and Latin American markets.

More from Publishing Perspectives on audiobooks is here, and more from us on Spanish-language topics in publishing is here.