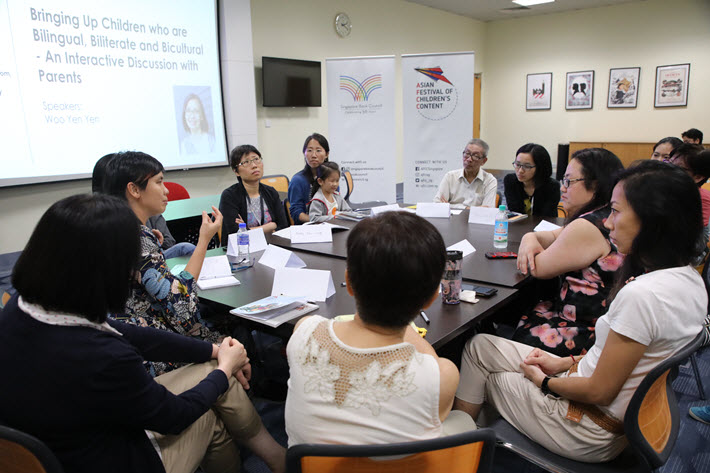 The role of children’s literature in contemporary issues leads the programming sense behind next week’s Asian Festival of Children’s Content in Singapore. 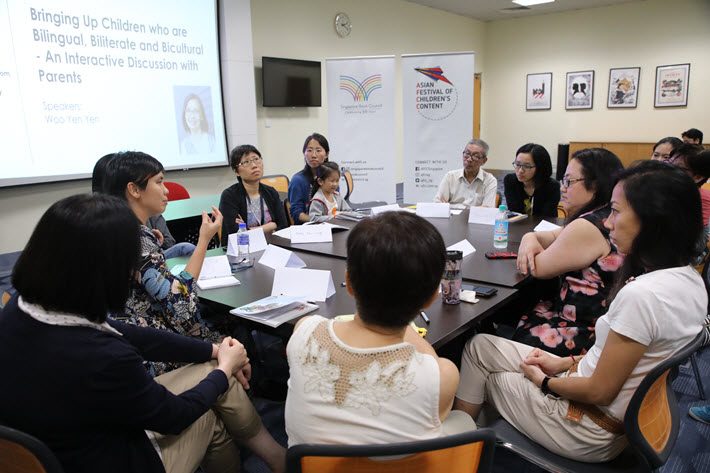 In the 2018 Asian Festival of Children’s Content, the program’s session on ‘Bringing Up Children Who Are Bilingual, Biliterate, and Bicultural’ generated a lengthy discussion. Image: AFCC

An interesting trend toward serious, socially relevant themes in international publishing conferences and festivals may be in the offing for the latter part of 2019, as event organizers respond to current events and political pressures.

Not unlike the issue-driven programming highlighted today (August 28) in our article on the South African Book Fair, the events planned by the Singapore Book Council‘s Asian Festival of Children’s Content are taking the diversity theme as a jumping-off point for an exploration of substantive issues in literature for younger readers.

Opening on September 5 and running through the 8th, the program, under the direction of the council’s William Phuan (our interview with him is here), expects to field some 150 speakers, including 47 international specialists, and they’ll be appearing in roughly 90 sessions over the festival’s four days. 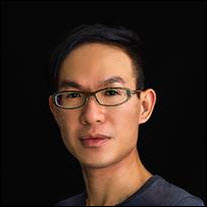 The festival “has been championing diversity and Asian children’s books since its inception,” says Phuan, “and as we mark our 10th anniversary milestone, it’s even more important that we continue to push to enrich the literary landscape with multicultural stories and diverse themes.”

The opening keynote sequence, for example, is indicative of the direction Phuan is looking to take. Translator Helen Wang, Random House Books for Young Readers’ editorial lead Sara Sargent, and publisher Mary George will all speak in a threefold advocacy session for the diversity that has become critical in so many children’s and YA books today.

Phuan’s leadership has coincided with the Singapore Book Council’s 50th year observances as a center of festivals, training workshops, courses, and awards, with the support of the National Arts Council of Singapore from 2019 to 2022. 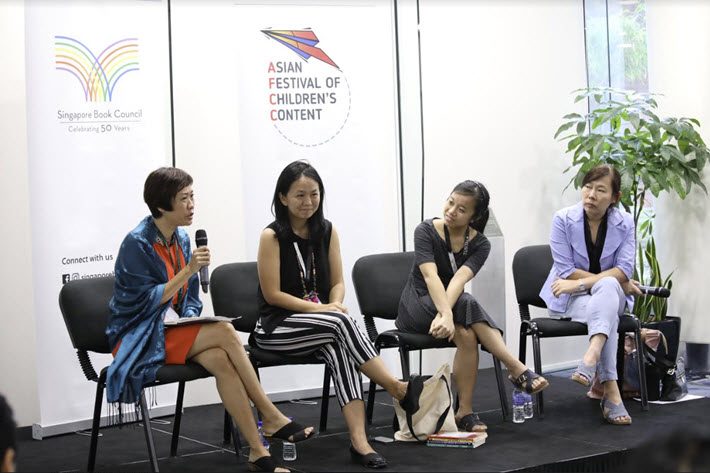 In a 2018 festival session titled ‘Making a Mark: Iconic Children’s Characters in SingLit,’ speakers looked at some of Singapore’s best known children’s book characters and the evolution of such icons over time. Image: AFCC

As mentioned in our earlier piece, author Philip Nel, who teaches at Kansas State University, has titled his commentary “Why Adults Refuse to Admit Racist Content in the Children’s Books They Love,” clearly a contentious issue on its face.

In counterpoint, KitaabWorld’s Sadaf Siddique is to speak to ways literature can depict Muslims positively.

And at many points in the programming, this tension—both around the topics themselves and around the need for industry players to discuss and examine them—is evident in the tone and timeliness of the topics. 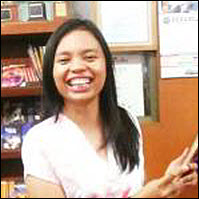 Maya Thiagarajan of the States and India and Friska Titi Nova of Indonesia will be debating “How the Perception of Identity Affects Readers and Writers” with moderation by Kim Beeman.

Writing about trauma for younger readers is something that debut YA novelists Emily XR Pan and Hanna Alkaf will discuss in a session with Wena Cahiles, twice the winner of the Philippines’ National Children’s Book Awards. 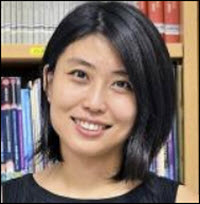 Among the most interesting topics may be “How Animated Ebooks Could Help Children Learn Their Mother Tongues Better,” with Sun He of China and Singapore discussing an eye-tracking study of children reading Mandarin. Sun’s comments will be moderated by Cheng Wan Ni of Taiwan.

As the program’s Country of Focus, Myanmar is sending a team of 25 writers, illustrators, and publishers, who will emphasize their work in their market’s folktales.

A Young Book Reviewers podcast is to be inaugurated, too, with secondary school and junior college students highlighting their perceptions of what they’re reading.

The festival will also award the biennial Scholastic Picture Book Award, a program that has shortlisted seven manuscripts from an opening pool of 88 titles. Those on the shortlist are from India, Vietnam, Singapore, Turkey, the Philippines, and South Korea. The winner receives $10,000 (US$7,200) and a chance to be published by Scholastic Asia.

And the Book Illustrators Gallery this year showcases work by illustrators of the Asian diaspora, with a special showcase of GIFs and a 24-hour GIF-making competition.

Ticketing for the festival runs as low as 15 Singapore dollars and as high as 260, based on how much access to hoe many days and events an attendee wants. Information on ticketing is here. 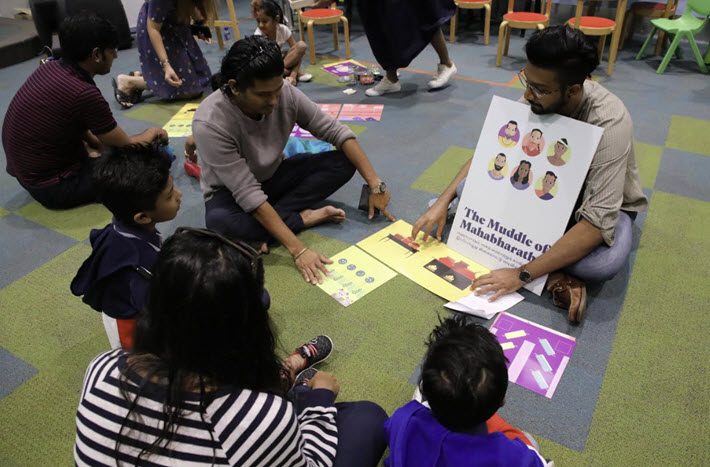 ‘The Muddle of Mahābhārata’ in the 2018 Asian Festival of Children’s Content was a storytelling event for kids aged 6 to 9, introducing them to the Mahābhārata as a board game. Image: AFCC