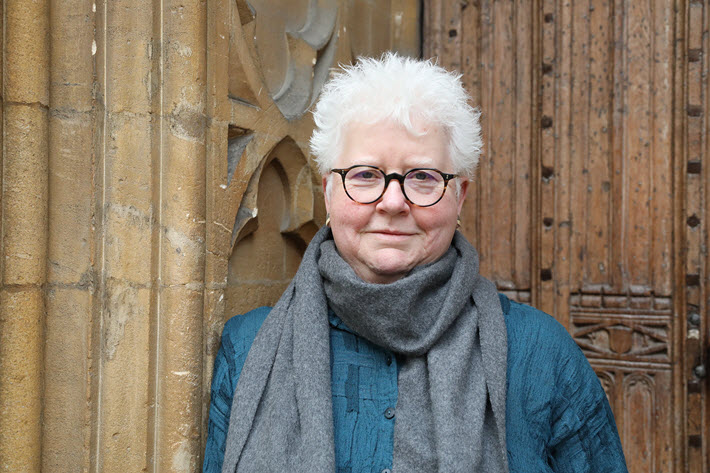 The UK’s International Literature Showcase presents its second curated listing of British authors, in a program devised to promote export and rights sales of UK writing. 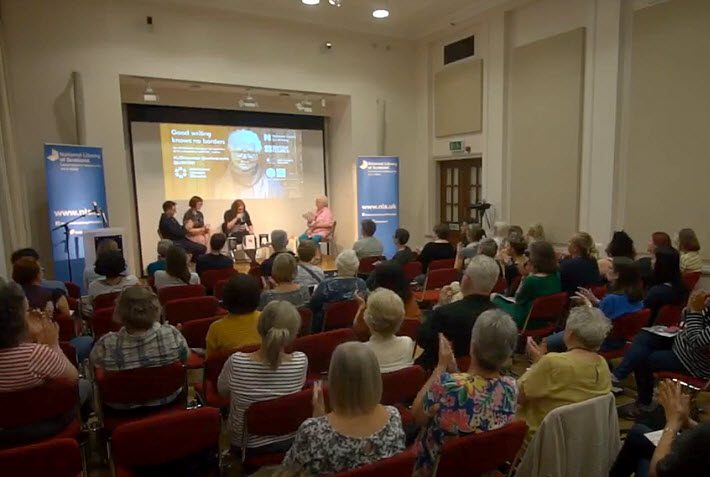 At the National Centre for Writing’s event on Saturday (August 10) in which author Val McDermid announced her list of 10 UK LGBTQI+ authors of note in the International Literature Showcase. Image: ILS video

McDermid: ‘Words Do Change the World, Reader by Reader’

Brexit-watchers have long warned that UK companies accustomed to focusing on the European Union markets for their exports may face deep business disruption ahead. As Andrew Sparrow at The Guardian wrote earlier this month, “A no-deal Brexit would be particularly difficult for them because, instead of having current rules apply during a transition, they could find their trading opportunities shut down after 31 October without an EORI number,” the EORI being an “economic operator registration and identification” number.

And with exports accounting for some 60 percent or more of the UK book industry’s revenue, the International Literature Showcase (ILS) may take on a heavier importance than anticipated. As the center’s program director, Peggy Hughes, has said, “Extraordinary times call for extraordinary writers and the International Literature Showcase exists to enable these writers and their amazing stories to travel, to challenge and inspire beyond the UK.”

The ILS is a two-year coordinated project between Norwich’s National Centre for Writing and the British Council, with support from Arts Council England. The idea of the plan, the National Centre tells Publishing Perspectives, is to produce six themed “showcases”—in the form of curated lists—of notable authors and writings. 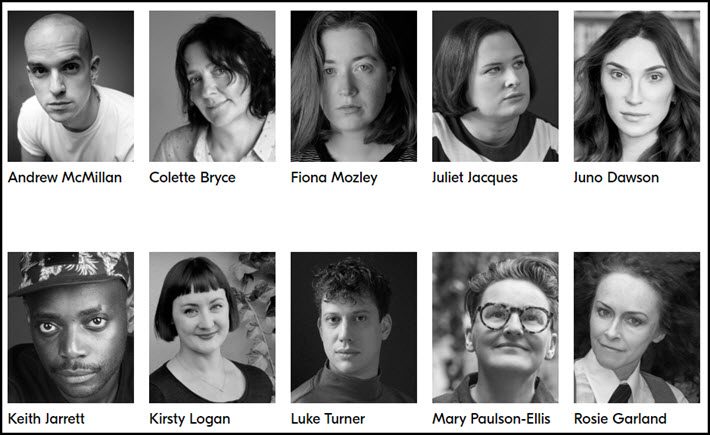 On Saturday (August 10), the author Val McDermid was the program’s celebrity showcase curator, announcing at a National Writing Centre event her list of 10 top LGBTQI+ authors. A tape of the event is available here. (Roll in to about 15;45 on the video.)

In making her presentation, McDermid stressed to her audience, “These writers are writing for everyone. These are not words for a niche readership. These are not writings for a ghetto. These are the works of writers who have something to say that can be—and should be—heard by as many people as possible.

“LGBTQI+ writers have forced their way out of the dark corners where we were pushed by a society that didn’t want to be reminded of our existence. Thanks to writers such as Ali Smith, Alan Hollinghurst, Russell T. Davies, Carol Ann Duffy, and many more, LGBTQI+ writers are everywhere. And deservedly praised everywhere too. Recommended by reviewers, librarians, teachers, booksellers, reviewers and friends.

“Words do change the world, reader by reader.”

Stevens: ‘A Gateway for Literature Professionals’ 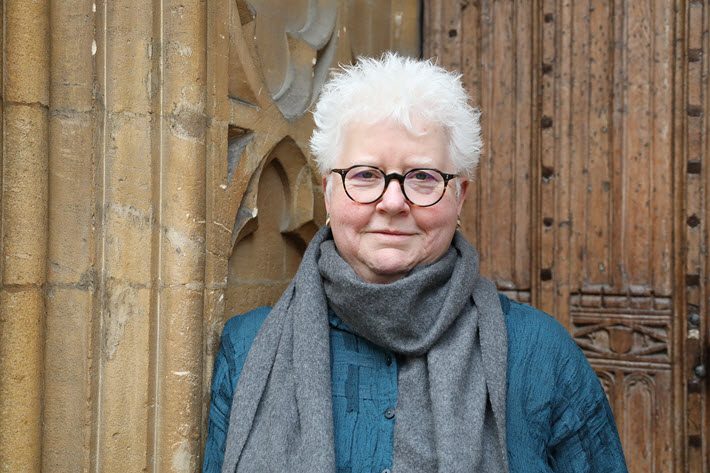 Speaking for the British Council–which is the UK’s international outreach agency, not unlike Germany’s Goethe-Institut—the acting head of literature, Rachel Stevens, said, “The International Literature showcase presents some of the most compelling writing from the UK today and provides a gateway for literature professionals looking for new work and ideas.

“Through Val McDermid’s broad-ranging list of talented LGBTQI+ writers, we look forward to seeing new points of connection emerge as their work resonates with people around the world.”

And for Arts Council England, literature director Sarah Crown said, “The International Literature Showcase shines a spotlight on the strength of contemporary writing in this country, calling on international markets to recognize and promote a diverse range of literary talent.

“The work from Val McDermid’s exciting selection of LGBTQI+ writers deserves as wide an audience as possible, and we’re delighted to support an ambitious initiative striving to achieve that.”

What remains somewhat hard to discern at this point is just what may be the mechanism of that “ambitious initiative” in terms of outreach.

At London Book Fair in March, the showcase program was kicked off with author Elif Safak’s announcement of her selection of 10 important women writers. She chose:

And as the British Council’s Cortina Butler said at the time, “We should never take for granted that the work of British writers will automatically find an audience outside the UK. The International Literature Showcase reaches out to the gatekeepers for literature around the world, presenting exciting UK writing that they may not be aware of that will speak powerfully to their audiences as well as our own.”

What’s not clear is just how the showcase “reaches out to the gatekeepers” and rattles some cages about important writers and their work from the UK market.

In October, the International Literature Showcase is to highlight British writers of color in a list curated by Jackie Kay and presented in events at the Cheltenham and Manchester festivals.

What many in the industry may be looking for is more information on just how the works of the recommended authors in these list are being promoted to publishers and rights directors of the world beyond the UK market itself. Nothing easily found on the British Council’s or National Writing Centre’s sites actually seems to enumerate the ways in which these carefully curated lists are being communicated.

In response to our questions, the National Centre’s Alice Kent reveals that the program is more presentational, if you will, than sales-oriented.

“The aim of the project is to raise the profile of these UK writers,” Kent says, “among those who program literature festivals the world over and the academic community [members] who are deciding on who to teach as part of British fiction courses  and are looking for new writers. So each of the six showcases is headed up by an internationally respected writer and comes with a package of digital activity–a livestream/podcast, etc.

“We reach out via the British Council international arts officers. We have a pretty big mailing list as the showcase has been running in various forms for a number of years. We prepare a pack of info about these writers which goes out to all these people with information on their agents and links to them reading/performing, etc.”

Laying out these worthy lists of such substantive work on the home turf and working to get authors speaking slots is a good start, no question.

And some of those in the industry who are watching the UK approach the Brexitian precipice will be interested to know whether promoting appearances and raising author profiles is as meaningful for writers listed by the International Literature Showcase as it might be to make a pivot to focus on a more direct drive for actionable rights sales and licensing offshore–both for international publication and for potential development in international film and television.