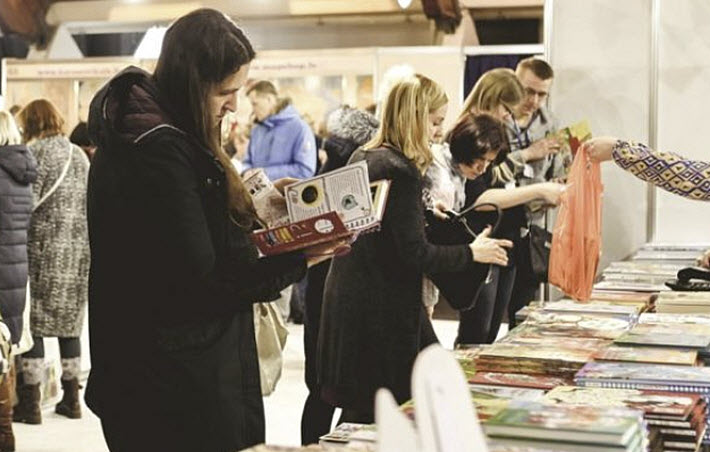 The publishers’ association in Riga is mounting a new bid to ease the country’s VAT rates on books, after enduring sharp hikes.

Editor’s note: On Monday, we reported on the extensive efforts the UK’s Publishers Association and aligned organizations are making to have the British government drop its VAT rate on digital books from 20 percent to zero, to match the taxation level on print. In Latvia, the VAT rate applies to all books, and once was as high as 23 percent, when, the publishers association’s chief says “the book market almost crashed.” —Porter Anderson

The Latvian Publishers’ Association has called on the country’s government to cut the VAT on books to 5 percent, restoring the rate to what it was prior to 2008—when the tax skyrocketed to 21 percent.

Founded in 1993, the association has some 35 publishers responsible for about two-thirds of the titles published in Latvia, and close to 75 percent of the industry’s annual revenues. Over the past years, the association has engaged in a number of initiatives to promote Latvian authors in various foreign markets. In 2018, Latvia joined Lithuania and Estonia in a three-way Market Focus program at the London Book Fair.

In addition to lobbying for the economic playing field the country’s industry must have to succeed, the association also is a member of the Aldus network of European book fairs for its Riga Book Fair—with which Publishing Perspectives readers are familiar—and it’s also a member of the Federation of European Publishers.

Renāte Punka, the association’s chair, says that the impact of the 2009 spike in VAT has been crippling. Originally put into place at 5 percent in 2004 in alignment with European Union guidelines, it was raised to a staggering 23 percent on January 1, 2009, before being reduced only to 21 percent and later to 12 percent.

The country’s book sales and the number of new titles published each year have never returned to their pre-crisis levels, Punka says, and she first shared the details of the association’s initiative in an interview with Latvijas Radio.

“The discussions about the VAT have been on the agenda of Latvian publishers since the end of 2008,” Punka says, “when, at the height of the economic crisis, the Latvian government—among other drastic measures to stabilize the situation that were implemented over a fortnight—canceled the reduced VAT on books, and the VAT rate rose from 5 percent to that 21-percent point.

“During the next eight months, the book market almost crashed,” Punka tells Publishing Perspectives. “We have raised the question about the possibility to reduce the VAT on books, including ebooks, which are taxed at a full rate of 21 percent at the moment.

“The first letter was written in May 2018, before Latvia’s parliamentary elections, to raise awareness about this issue among candidates. Last spring, when the long formation process of the new Latvian government was finally completed, the proposal gained momentum.”

Punka says that ever since the tax hike, Latvia’s publishers have been involved in a long-running campaign to save the industry.

Latvian Publishers Are in Talks

“Thanks to the persistence of our publishers and booksellers and the strong support of the Latvian ministry of culture,” Punka says, “books were included in a range of products and services covered by a reduced rate .. of 10 percent. This decision was achieved through constant monitoring of the situation, collection of market data, and very active discussions with politicians and the ministry of finance.

“A few years later, the ‘reduced’ rate was increased to 12 percent, making it the highest among the EU member-states … except for Bulgaria and Denmark.”

Asked about the current state of Latvia’s publishing sector, Punka says that the industry’s situation is stable despite the VAT hike. But the industry is still challenged.

“Data reported by local booksellers,” she says, “shows that the percentage of new titles which go into commercial circulation is decreasing. There are more self-published books meant not for sale, but for some specific audiences or private use. And the production costs and other expenses have risen remarkably over the last three years, and keep going up.”

At the Riga Book Fair which this year ran March 1 to 3. Image: Aldus

“The research on the reading habits of Latvia’s inhabitants shows that reading is a rather popular pastime, even among young people, and quite a good number of them consider reading a stylish title. We assume that this attitude might be [stimulated by] our successful reading promotion program for children, young adults and parents.”

In a country with a population of close to 2 million, Latvian readers prefer books by local authors, Punka points out, referencing data collected by the Latvian Booksellers’ Association.

“The bestsellers are mostly Latvian books,” she says. “For a third year, there are just four or five foreign authors in the annual Top 20 chart. Print runs are decreasing, but … this data requires a deeper analysis to see the reasons and the impact, category-by-category.

“The children’s books sector is the one which demonstrates remarkable growth in both the number of titles and the quality of the content, especially in illustration. Other strong categories are nonfiction devoted to the history of Latvia; quality self-help by acclaimed Latvian authors; and political books and biographies of local sport and theater celebrities.”

The ministry of culture, says Renāte Punka, is expected to do more research on the industry in the near future.

More from Publishing Perspectives on the world publishing industry and issues of VAT is here, and more from us on Latvia is here.