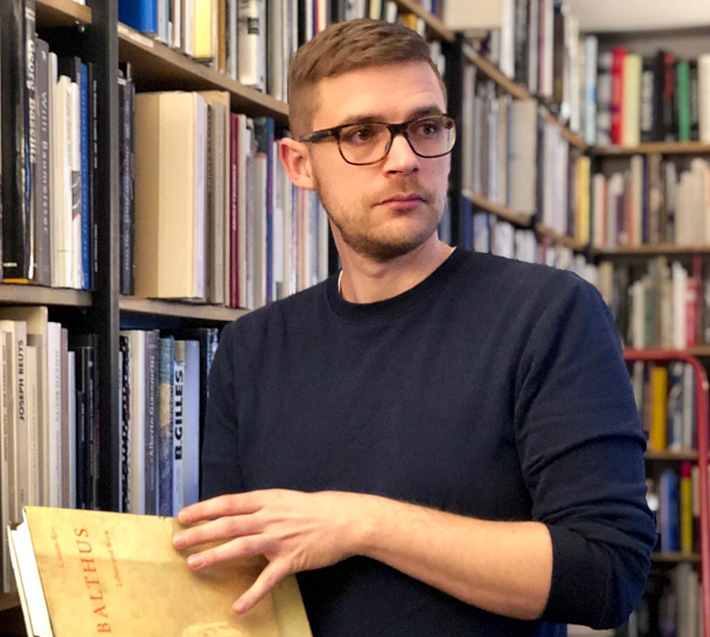 While Bookselling Without Borders in the past has given US booksellers international industry contacts, a new link with German publishers will bring a retailer from Trier to the ABA’s Winter Institute.

The fellowship was established by Bookselling Without Borders, the nonprofit program that annually makes it possible for American booksellers to experience some of the world’s leading industry trade shows and book fairs—with a goal of widening horizons and  promoting translation.

In this instance, the award will provide Valerius with a trip to the United States to be in Baltimore for the ABA’s Winter Institute, January 21 to 24.

Michael Reynolds, editor in chief of Europa Editions, is the founder of Bookselling Without Borders because, he says, booksellers are “an absolutely vital link” to expand the reach of international literature.

“We want you to be better informed, better connected, more involved in the international book scene,” Reynolds says. “We want to expose you to the sophistication of international publishing. And in this way hopefully you become more effective advocates for our books.”

Valerius manages Stephanus Bücher, the oldest bookstore in the town of Trier in the Moselle wine region of Germany, near the border with Luxembourg. Valerius apprenticed for two years before joining as a full-time bookseller and now manager.

He’s the winner of the 2017 Buchblog-Awards, and also functioned as the official blogger for the Deutscher Buchpreis (German Book Prize) in 2018 and has an award-winning Instagram account at @literarischernerd. Valerius is currently a jury member for the 2019 Deutscher Verlagpreis (German Publishers Award) and has recently won the Börsenblatt’s 2019 “Young Excellence Award.” His own forthcoming debut as an author is titled Leseglück: 99 Bücher, die gute Laune Machen (Reading Bliss: 99 Books That Brighten Your Mood).

In a statement on being informed of his fellowship, Valerians said, “I can’t tell you, how blessed, thankful, happy and excited I am, to be the first German ambassador for Bookselling Without Borders in the United States. I’ll try to give it my best knowledge, empathy and bookworm-addiction.”

This award is a collaboration between Verlegertage, a collection of German publishers; the Frankfurter Buchmesse (October 16 to 20 this year); and Bookselling Without Borders.