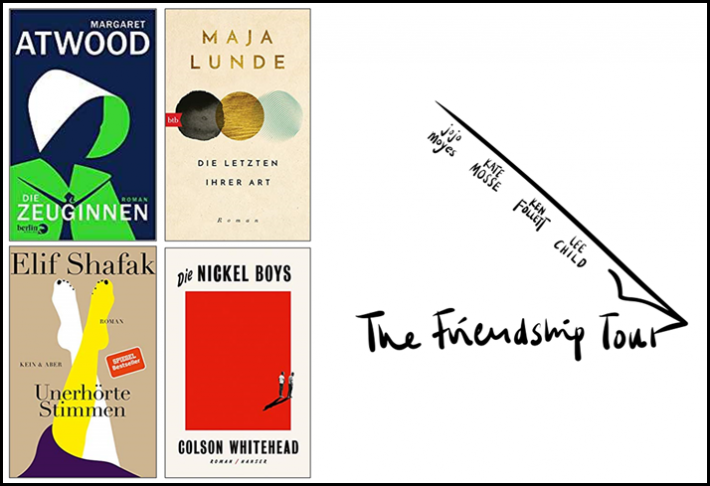 On the “Frankfurt Saturday,” October 19, at the Frankfurter Buchmesse this year, the BookFest program will be highlighted by a staged presentation of high-profile authors presenting their new works and discussing the role of literature in current affairs and societal debate.

Margaret Atwood, Maja Lunde, Elif Shafak, Colson Whitehead, and Ken Follett are being announced today (August 26) as headliners for the evening set for 7 p.m. at the Messe Frankfurt’s Congress Center.

BookFest is the fair’s public-facing program of events set in many parts of the metropolitan Frankfurt area and, on the book fair’s campus in the Frankfurt Pavilion as well as the Congress Center. In its second year, the festival is again staging readings, concerts, parties and performances that help generate a festival outreach to the population of Frankfurt.

In the Saturday evening gala: 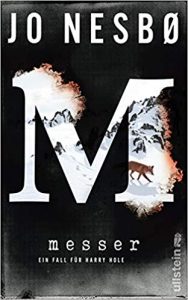 As Publishing Perspectives reported in June, the BookFest program is also presenting Guest of Honor Norway’s Jo Nesbø in a standalone evening on Frankfurt Thursday (October 17), moderated by hr2 host Alf Mentzer. During the show, a former star of the German television crime series Tatort, Oliver Mommsen, will deliver a reading from the German edition of the book, Messer (Knife), which is scheduled for release Tuesday (August 27) from Ullstein Buchverlag in a translation by Günther Frauenlob.

The 15-page full listing of BookFest events this year begins here and can be filtered by price, location, language, category, time, and date.

Those interested in seeing Nesbø will find tickets on sale (€24.50, or US$27.25) here. And venues in the city of Frankfurt hosting Bookfest events include:

More from Publishing Perspectives on Frankfurter Buchmesse is here, and more on Guest of Honor Norway and its publishing industry is here.