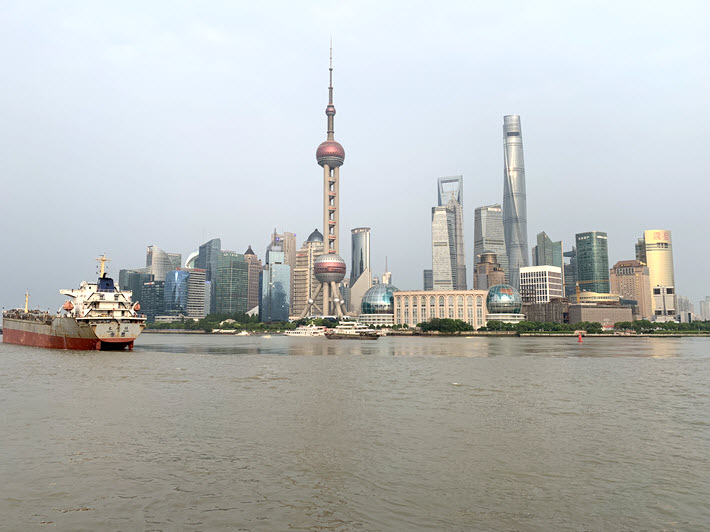 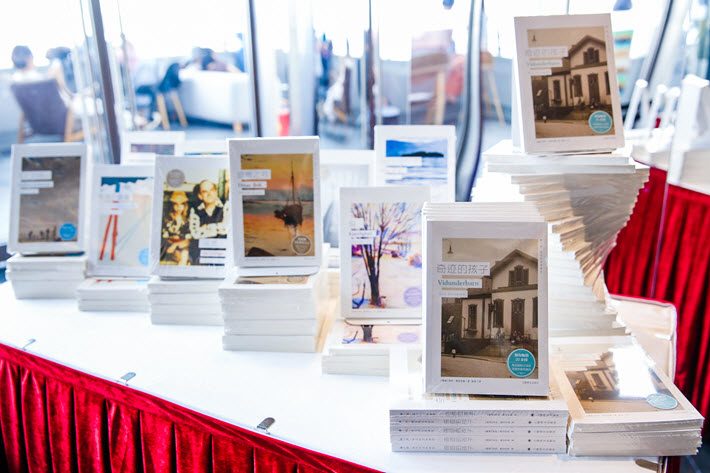 ‘To Have Good Translators Is Essential’

In the run-up to the coming Guest of Honor Norway events at Frankfurter Buchmesse (October 16 to 20), the leadership of NORLA, Norwegian Literature Abroad, has returned from a trip to Shanghai to launch the publication in Chinese of 10 particularly well established Norwegian titles, all published in translation by Shanghai Translation Publishing House.

NORLA director Margit Walsø led Oslo’s delegation to Shanghai for the formal presentation of the books during the Shanghai International Literature Week. The launch was organized in cooperation with the Norwegian consulate general in Shanghai and the Chinese publisher, Shanghai Translation Publishing House.

Roy Jacobsen—author of Child Wonder (Vidunderbarn)—also traveled to China. Jacobsen’s The Unseen was shortlisted in its Don Bartlett translation from the Norwegian for the Man Booker International Prize. Also on the trip was author and illustrator Åshild Kanstad Johnsen. 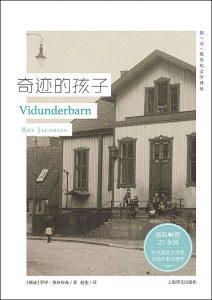 This group of new translations will be given special attention on Frankfurt Friday, October 18, at 10 a.m., when authors Jacobsen and Hanne Ørstavik Love (Kjærlighet) will be in conversation at the Guest of Honor Norway pavilion (the Forum, on Messe Frankfurt’s Agora), Level 1.

The arrival of 10 new Norwegian titles in China at once was hardly an accident. Several years in the making, the effort, Walsø tells Publishing Perspectives, had a lot to do with NORLA’s long-term networking in the international publishing arena.

As she wrote in an announcement for Norway’s publishing professionals and NORLA’s international following, “Over the past five years, Norwegian literature has experienced a huge increase in popularity in China.

“It’s mainly been literature for children and young adults—illustrated books in particular—and nonfiction for adults.

Here are the 10 Norwegian titles newly translated into Chinese and published by Shanghai Translation Publishing House:

2018: ‘Best So Far for Norwegian Books in Translation’ 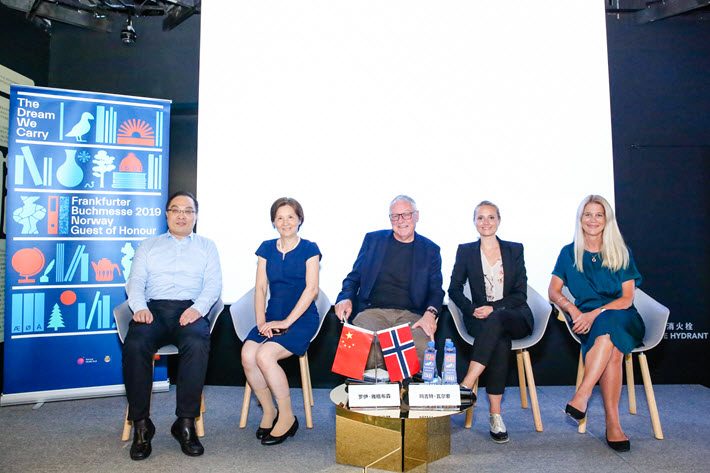 The presentation of Norway’s 10 newly released translations in Shanghai included comments from several speakers. From left, they are Han Weidong, chair of Shanghai Translation Publishing House; Sun Liping, director of science and technology the Shanghai International Culture Association, which was a sponsor of the program; author Roy Jacobsen; Hedda Himle Skandsen, who is the Royal Norwegian consul general in Shanghai; and Margit Walsø, director of NORLA. Image: V Photo Shen Jian

In our interview with Walsø on this new development in Norwegian literature in translation, we started by asking her about a mention of a visit to Oslo and Bergen by executives of the Shanghai Translation Publishing House. How had that personal visit from the Chinese publishing team affected this unusual project? 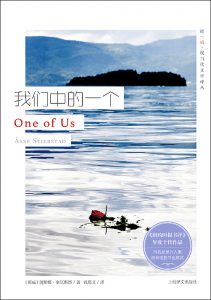 Åsne Seierstad’s ‘One of Us’

They wanted to publish an anthology of 10 Norwegian novels covering a variety of prose writing from Norway, and they discussed the idea with NORLA. With the support of the Norwegian consulate in Shanghai, a visit to Norway was arranged.

The titles were selected by the publisher after they visited Oslo and Bergen, where they got the chance to meet a number of Norway’s foremost authors and their literary agents.

Publishing Perspectives: One thing you’ve mentioned in your commentary on the NORLA site is that the Frankfurter Buchmesse guest of honor program has had “a ripple effect in other languages, as well.” Can you tell us more about the languages you’re thinking of? 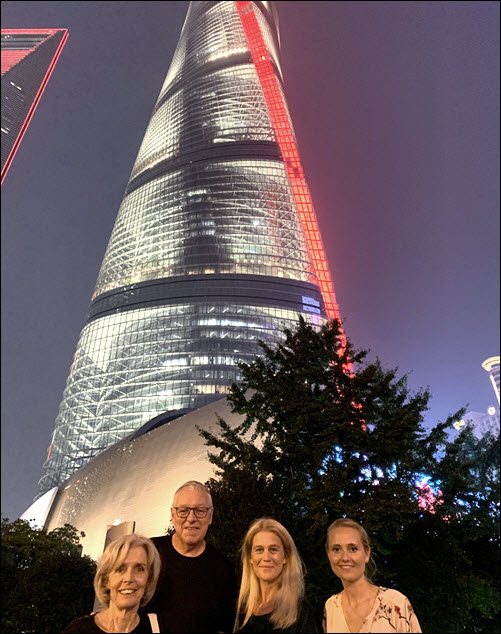 At the 128-story Shanghai Tower, where the bookstore DuoYun is on the 52nd floor. From left: Anneliese Pitz, Roy Jacobsen, Margit Walsø and Norwegian consul Hedda Himle Skandsen. Image: NORLA

We’re experiencing increased interest and levels of attention from foreign publishers toward Norwegian literature in relation to the guest of honor program at Frankfurter Buchmesse.

In 2018, NORLA hosted seven book trade meetings and/or seminars for foreign publishers around the world, with the invaluable cooperation of the Norwegian embassies and consulates.

In all, 100 foreign publishers in New York, Paris, London, Montreal, Madrid, Tokyo, and Copenhagen met with 31 Norwegian authors and their literary agents. And on several occasions, foreign rights to books have been sold as a direct result of the events. At three of these events, translators were also present, which proved very useful in that they and the publishers got to meet and establish new contacts. In Tokyo, the translators made a great effort to present current titles in Japanese.

Of course, NORLA always provides an introduction to Norwegian literature in general, making it a point to present the Norwegian book trade and, this year, the Guest of Honor Norway project at Frankfurter Buchmesse.

PP: Have you been able to determine what it is about Norway’s books that’s working for a house like the Shanghai company? What in particular about Norwegian writings for younger readers might be resonating with Chinese consumers, can you tell? 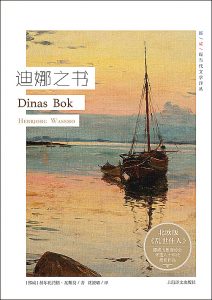 MW: Quality that lasts over time and great stories are key words here.

Shanghai Translation Publishing House specializes in translations and has great classics from world literature on its list. The 10 Norwegian books in this new group series are among the most translated books from Norway, books that have been very well received by readers all over the world. And Chinese readers also want to get to know these outstanding stories.

In the same way, it seems like children’s books of a great variety of topics and high quality in text and illustrations are well received. Shanghai Translation Publishing House has previously produced two books by one of Norway’s most prominent authors for children and teenagers, Tormod Haugen (1945-2008). Those titles are Not Like Last Year and The Night Birds.

PP: One trend we’ve seen developing in recent years, especially around the Sheikha Bodour Al Qasimi’s leadership of the UAE’s Kalimat books for children, is a translation exchange in which two different languages’ publishers agree to translate and publish some of each other’s titles. Is there a reciprocal arrangement that sees some Chinese work from the Shanghai company coming into the Norwegian market? 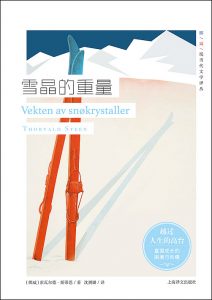 MW: A formal reciprocal arrangement does not exist. NORLA works with the promotion of Norwegian literature internationally, and doesn’t have as our mandate to import literature. However, we facilitate contacts wherever we can because we think it’s important that Norwegian readers can access foreign literature.

PP: And how does the group of 10 books come together? Does the Shanghai house like to work in such a way–10 at a time? Or was this just by chance?

MW: The Shanghai publisher has done another anthology before and it seems the Chinese book market welcomes literature when introduced in the context of a series.

PP: How did the presentation of the books go? It was set at a very new bookseller, we understand, called “Shanghai’s highest bookstore” by China Daily.

MW: Author Roy Jacobsen, when he attended the launch, was met with great interest by the media. He had a comprehensive program in both Shanghai and Beijing. 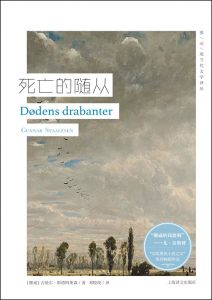 The launch was set in a beautiful newly opened bookstore, DuoYun Books, which is on the 52nd floor of Shanghai Tower. In the framework of the upcoming Guest of Honor Norway in Frankfurt, the presentation was very well received by the audience.

PP: Lastly, with this new multi-title success in foreign rights and translation work in China, have you encountered any lessons that can be shared with others in the international industry who’d like to generate similar success? Are there things coming from the association with Shanghai that illuminate how you work with other markets’ and/or publishers’ efforts with Norway’s content?

MW: Long-term networking in the international publishing world is important to create results. This project has been developed and planned over several years.

To have good translators is essential.

A fruitful collaboration with our foreign mission is very helpful, and we’ve found that visiting programs that bring experts to come to Norway to meet with our professionals and experience our literary life is really worthwhile. 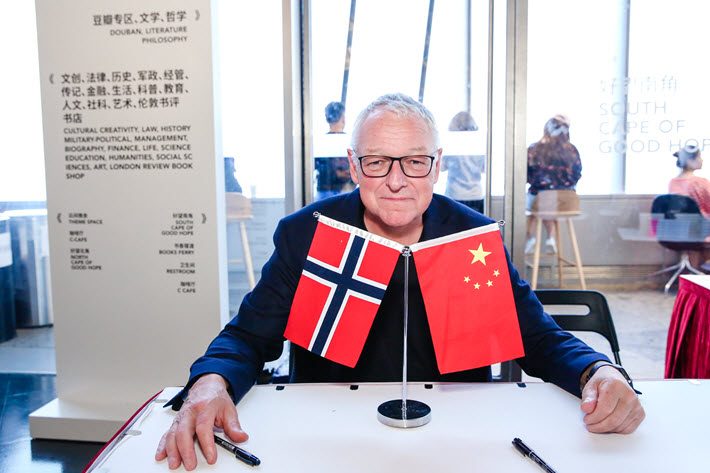 In preparation for Guest of Honor Norway at Frankfurter Buchmessse–and to plan some of its more-than 70 events into your schedule for Frankfurt–you can find a complete schedule for the pavilion’s programming here, and it’s downloadable as a PDF.

More information on the cultural program is here, with events in German is here and in English is here.

The opening event at Messe Frankfurt’s Forum, is to feature Trine Skel Grande, the Norwegian minister of culture and equality, as well as Herbjørg Wassmo and Thorvald Steen. A highlight of the week will feature Norwegian international bestseller Jo Nesbø onstage at Messe Frankfurt’s Congress Center at 8 p.m. on October 17 (the Thursday of Frankfurt week). More about that event, produced in cooperation with his German publisher, Ullstein, is here.