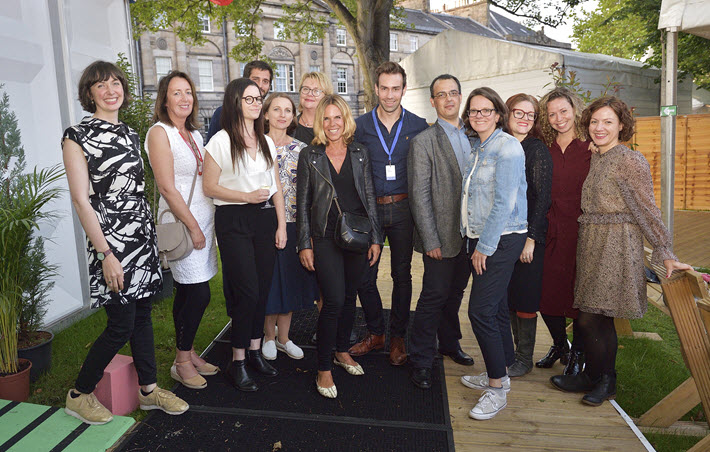 Coinciding with the Edinburgh International Book Festival, this year’s editors on the Publishing Scotland International Fellowship are meeting industry colleagues and authors. 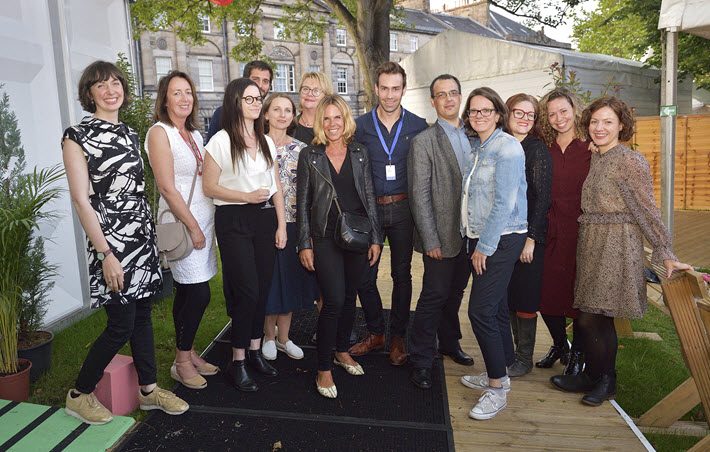 W[\dropcap]e last heard of Publishing Scotland’s International Fellowship program in March, when the names of the 2019 participants—10 editors from nine countries—were announced at the London Book Fair.

Now, those fellows announced in March are being sighted at the Edinburgh International Book Festival, which is underway through Monday (August 26). At the fair, they’re meeting with authors and literary agents, the intent of the program being to raise the visibility of Scottish literature in international markets by introducing these editors to strong work available for rights deals in their own countries and territories.

All on the trip isn’t drinks receptions and sight-seeing, either. Scotland-based literary agent Jenny Brown, for example, has quite of list of strong rights sales that resulted from last year’s program, including:

Politics and Publishing Onstage During the Fellowship 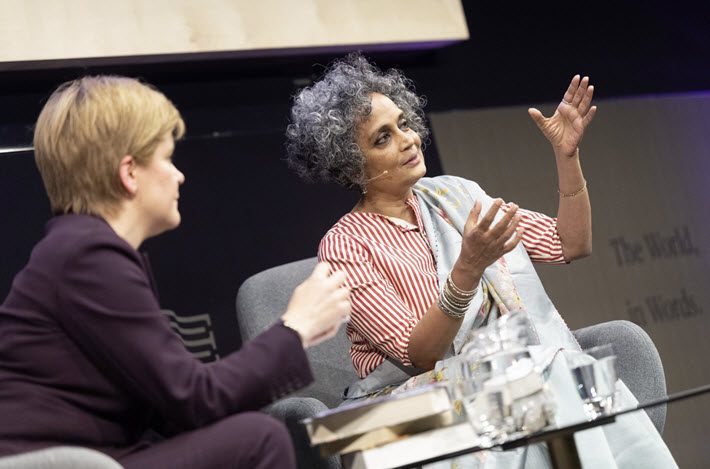 Among events at the ongoing Edinburgh International Book Festival this year: a conversation onstage between Scotland’s first minister Nicola Sturgeon, left, leader of the Scottish National Party, and the Indian author Arundhati Roy, winner of the 2017 Man Booker Prize for Fiction for ‘The God of Small Things.’ Image: Edinburgh International Book Festival

A rich round of author conversations has been part of the Edinburgh International Book Festival program, which forms a kind of centerpiece event and venue for the fellows. This year’s group of editors comprises:

The fellowship program is a week-long series of meetings with Scottish publishers, literary agents, and writers in Edinburgh, Glasgow, and Inverness. The editors are to have dinner at the former home of Robert Louis Stevenson during the week, in addition to seeing the festival, all geared toward encouraging rights sales of Scottish content as these editors meet and network with members of Scotland’s publishing industry.

Among sessions at the Edinburgh International Book Festival available to the fellows was a discussion between the Indian author Arundhati Roy and Scotland’s first minister Nicola Sturgeon in which Sturgeon asked Roy about the August 5 crackdown by the Indian government in Kashmir.

As Salman Masood and Maria Abi-Habib are reporting at The New York Times, Pakistani prime minister Iran Khan has stepped up his criticism of India as of Wednesday (August 21), “raising the threat of a military escalation between the nuclear-armed neighbors.”

Roy told Sturgeon onstage at Edinburgh, “Kashmir is a great tragedy. The Indian government has locked it down, cut off all communications, about half-a-million soldiers on the street, and it has dissolved the former state of Jammu and Kashmir. It’s unbelievable what has been done in the last two weeks.” 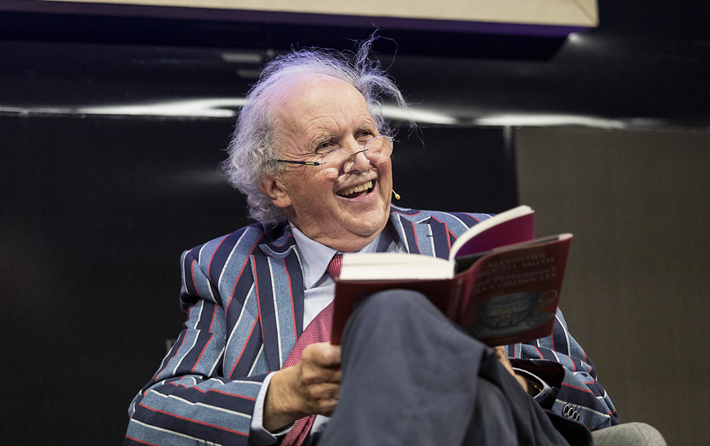