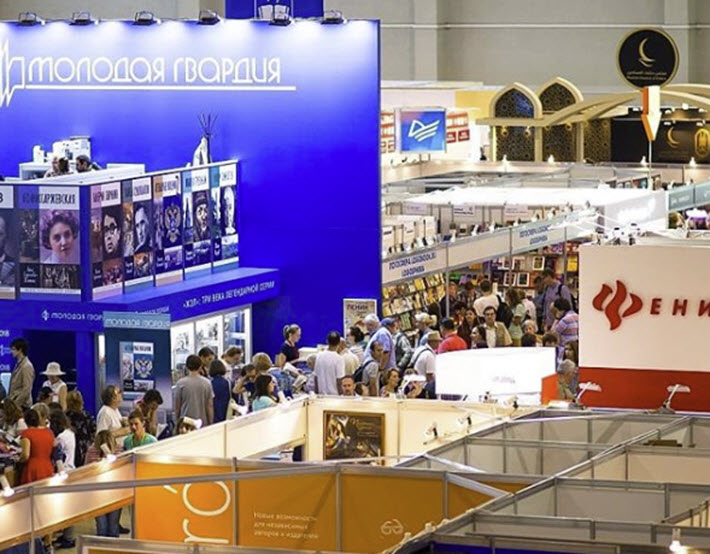 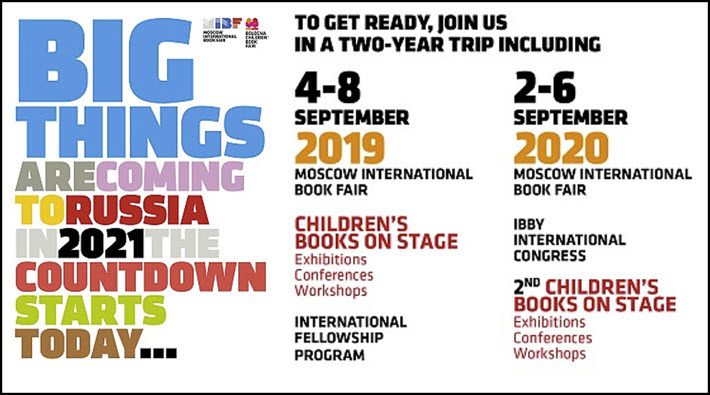 The Tour This Year Runs September 4 to 8

Described as an international professional program on children’s and YA books, BolognaFiere has announced a Children’s Book Tour to Russia for September 4 to 8 in coordination with the Moscow International Book Fair. The move is a forerunner to what officials in Italy are telling the news media will be, in 2021, a first edition of a new International Children’s Book Fair set in Russia and co-produced by Moscow and Bologna.

BolognaFiere is the producer of the annual Bologna Children’s Book Fair in Italy. In recent years, the company has created new alliances for expansion, as in its partnership with the New York Rights Fair at BookExpo in New York City and its co-organization of the China Shanghai International Children’s Book Fair.

Citing the new Russian venture as being part of that growth outside Italy, BolognaFiere, in its announcement, reports that Moscow made the first move, inviting the Italian company ” to jointly develop a professional project that would gradually lead to the creation of a new trade show geared to publishers of content for children and young adults.”

The Moscow fair bills itself as the oldest event of its kind “in Russia, Eastern Europe, and Central Asia.” In its material, a letter from the fair’s director, Andrey Gelmiza, says that the coordination with Bologna now underway will make the Moscow fair “one of the most important intellectual and market platforms in the world in the fields of book publishing, education and edutainment.”

Gelmiza’s statement says that close to 25 publishing professionals are engaged for the tour, coming from the UK, Italy, Spain, China, Portugal, the States, and Japan.

Bologna is listing several components of its collaboration with Moscow for this year’s event as follows:

Illustrations: “Illustrators Survival Corner,” a “drop-in help-desk and presentation-corner” like that appreciated by publishers and illustrators at the annual Bologna fair. In Moscow, organizers say. “The corner will be an opportunity for Russian illustrators to speak with internationally experienced artists, publishers, agents, and art directors. Among those expected to participate are Komagata, Anna Castagnoli, Javier Zabala, Andre Letria, Martoz, Xiong Liang, Cristopher Rainbow, Anna Desnitskaya, Victoria Semykina, Dasha Tolstikova, Evgenia Barinova, Kasya Denisevich, Victor Melamed, Yulia Blucher, and Yulia Sidneva. This part of the event is to include masterclasses, workshops, and portfolio reviews.

Conference: “The Power of Silent Books,” on the topic of wordless books. This conference is meant to focus on contemporary authors, illustrators, designers,  and publishers from the wordless picture book world, to get an understanding of the latest sector developments, and should provide chances to be involved with ongoing experimental work. Speakers are to include:

Workshops will be offered for publishers, teachers and librarians by curator Grazia Gotti of  Cooperativa Stoppani and Accademia Drosselmeier.

Additional programming is to include a discussion of what comes into play when children’s and YA content is considered for international translation and distribution.

And there’s a new “MIBFxBCBF Fellowship” program attached to the new alliance, to help participants “take the pulse of the Russian children’s book market and instil open knowledge exchange on international market trends and business practices.” This year, there will be seven publishers and agents in the fellows’ group, including Bedrick; Cristiano Guerri of Feltrinelli; Bibo; Zerbi; Newton; Carnell; and Xiaoyan Huang of China’s Everafter Books.

The regular Bologna fair runs March 30 to April 2, with Guest of Honor Sharjah preparing special programming for the 2020 fair.

More coverage from Publishing Perspectives related to Bologna International Children’s Book Fair is here. More from us on the Russian market is here. And more from us on children’s books is here.