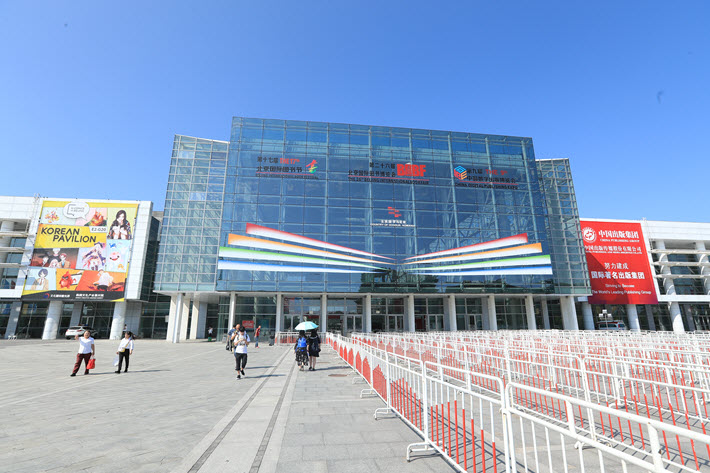 Digital marketing supported by 5G and edu-tech in early-age English-language training were key interests at the 2019 Beijing book fair. 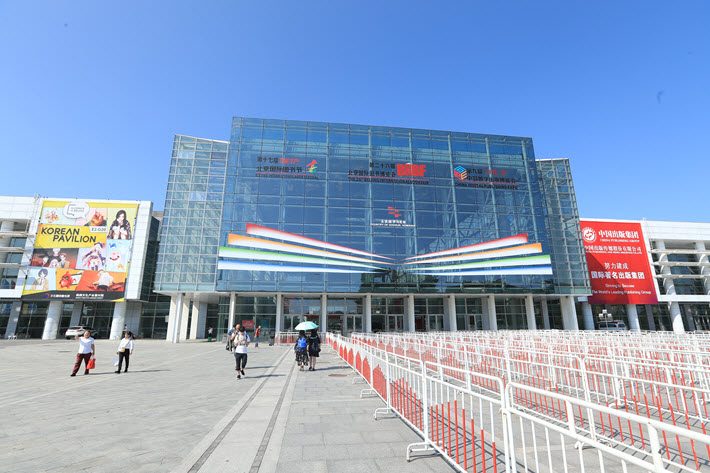 In its 26th edition, the Beijing International Book Fair (BIBF) has drawn what organizers today (August 27) are reporting was more than 320,000 visitors. The public-facing fair topped 2,600 exhibitors, officials say, with displays in some 106,800 square meters of space comprising eight exhibition halls at the China International Exhibition Centre.

More than half of this year’s exhibitors, it’s being reported, were from overseas, a sign of the world publishing industry’s continued interest in the vast Chinese market, which numbers more than 500 publishing houses of its own.

New to the ranks of exhibitors were representatives of the markets of Portugal and Kazakhstan, and 45 of the international exhibitors, including DC Comics, were new to the fair.

Final figures from the fair organizers put the number of partnership deals agreed at 5,996–an increase of 5.6 percent over last year’s number. “Of these,” today’s media messaging has it, “3,840 were export or co-publishing deals and/or memoranda of understanding (up 6.4 percent) and 2,156 were import deals  (up 4.3 percent).”

The Beijing fair is led by one- and two-day professional programs which this year, and organizers say they had record attendance at the program, with a reported 175,000 participants (up 16.7 percent over last year) engaging in parts of the programming, from the one-day Publishing Forum program to a two-day curriculum for exhibitors new to China and/or BIBF.

This year’s country of honor at the fair was Romania, a selection that highlighted 70 years of diplomatic relations between Bucharest and Beijing. The Romanian program featured 20 publishers in poetry and prose.

The Premise and Promise of 5G and EdTech 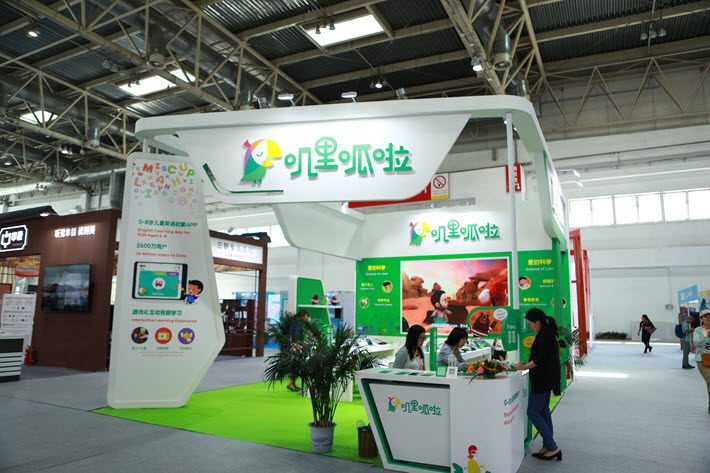 A China Telecom partnership, new this year, holds pride of place as what organizers are naming the “biggest story of the fair,” and the draw was the communications company’s “5G Reading Zone,” which touted the value of high-quality revved up Internet speed for publishers and readers.

One of the demonstrations seen at the fair had to do with book launches featuring projected images of authors, high-fives by hologram, as it were. And the novelist Liu Zhenyun interviewed China’s first female astronaut, Wang Yaping, on Saturday (August 24), in a format that presented her as being onstage with him when she was, in fact, in another part of the fair complex.

In the special standalone children’s publishing area of the fair, told that parent-child interaction was a key. And it may be that Chinese families are more receptive to digitally produced literature than Western families typically have been, as the pre-school and early-years content seems to have had a lot of traction with visitors in online and digital home-learning.

The online platform Jiliguala, which is in a partnership with Disney, is among the more prominent edtech players focusing on what China Daily’s Cheng Yu in November described as a major surge in early-age English instruction in China. Cheng quoted surveys showing that as much as many as 76 percent of parents asked were saying that they’d had their children working on English by age 5.

From Cheng’s coverage, we know that Jiliguala, founded in 2014, announced late last year the completion of series B financing with Sequoia Capital and Betafund among investors. User levels at the time were reported by the company to have surpassed 200 million, with 1.5 million of them in the premium services.

Another interesting—or perhaps mildly creepy—innovation presented in the edtech sector is said to have been a device that can read to a child in his or her parent’s voice.