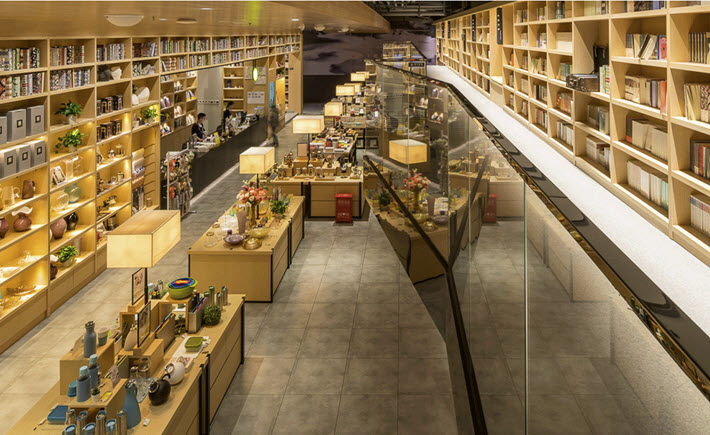 At China’s Asian Bookstore Forum in Xi’an, researchers cited a sharp shift, book sales moving quickly away from physical stores and over to online retail. 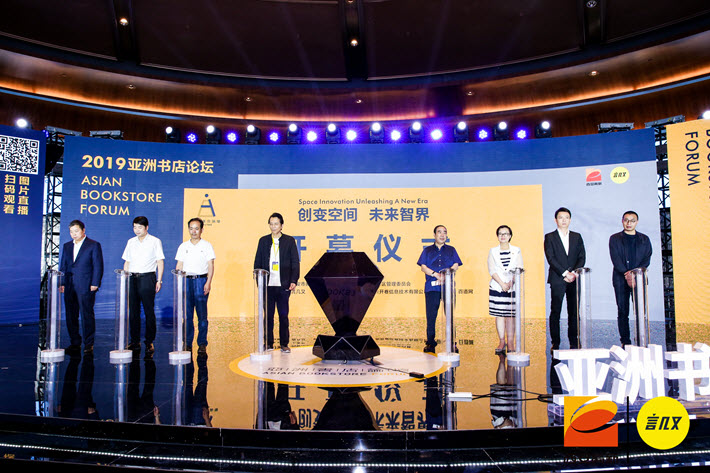 Key speakers at the opening of the 2019 Asian Bookstore Forum in Xi’an. Image: Yanjiyou Bookstores

As we mentioned in Thursday’s coverage (August 22) from the Beijing International Book Fair (BIBF) , the show—which runs through Sunday (August 25)—is primarily a public-facing fair with a professional program attached to it during the early days of the run each year.

But bookselling in China, of course, as Publishing Perspectives reported in our story earlier this month, is seeing a deep shift to online retail this year.

Between January and June, the Beijing OpenBook research firm has cited an 11.72-percent decline in the growth rate of physical bookstores in China—while online bookstores grew, in the same time frame, by 24.19 percent.

To get a better picture this week of bookselling in China, we’ve reviewed some of the proceedings of the 2019 Asian Bookstore Forum, which was held in the central Chinese city of Xi’an last month, in Shaanxi Province.

Originated by the Yanjiyou bookstore chain in 2017, the annual forum has carefully been themed each year in a way reflective of the bookselling climate in which is was held. In its first outing, the theme was “Ten Cities, Ten Cultural Landmarks,” as the fledgling program worked to develop a broad base of participation and support. In  2018, the forum used “Bookstore Symbiosis, City Aesthetics” to emphasize bookstores as urban cultural features with importance to their distinctive communities.

This summer, the forum took the rather dashing theme, “Space: Innovation Unleashing a New Era” as its third-year theme, with its programming stressing a need for diversity and forward-looking development. Primarily based in the context of the physical-bookstore realm, the fast-growing overhang of online retail worked as a prod to various discussions and presentations at the forum.

The program’s founding chain, Yanjiyou, is known as a particularly elegant network of stores, many locations featuring art galleries on site as well as books. But the Bookstore Forum was hosted this year by the Xi’an’s municipal department of Culture, Radio, Film, TV, Press, and Publication in a collaboration with the city’s High-Tech Zone Management Committee, a clear signal that the developing future may be of more commercial importance than the cultural past, if physical stores are to maintain their traction in the retail space. 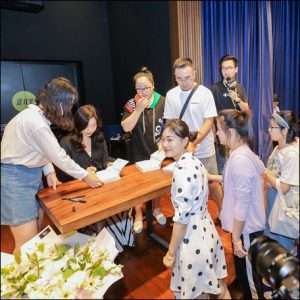 Nevertheless, the numbers in the host city look comparatively good, with one official, Hongwei Lian, telling the audience that Xi’an’s cohort of bookstores has jumped from 827 in 2017 to nearly 2,000 today, propelling the city into fifth place among Chinese urban hubs’ WeRead City Index. The cities ranked ahead of Xi’an as more avid communities for reading than Xi’an are Beijing, Shanghai, Guangzhou, and Shenzhen.

Functioning as satellite discussions at the forum, there were breakout debates scheduled on issues around writing, spatial design, publishers’ interests, and the concept of the store as a cultural space for public consumption.

Author signings were part of the program, too, with four key authors in place: Wenxuan Cao, Xiaoxian Zhang, Xichuan, and Di’an.

Speakers emphasized the need for booksellers to embrace books as part of the entertainment media spectrum and the consumer as a guide to what the market wants. These viewpoints are familiar to publishing players in many parts of the world today, of course, and some respond more readily than others to the reality that a book may not be the primary storytelling medium as it’s often been in the past, and that listening to what customers say they want is replacing the Old World idea of a publisher telling the public what to read.

This reconceptualization has a parallel with the experience of Spain’s publishing industry since the financial crisis, as Planeta CEO Jesús Badenes del Río told Rüdiger Wischenbart’s Klopotek Publishers’ Forum in Berlin in May. The key to saving as many bookstores and publishers as possible, Badenes said, has been becoming better at learning what the consumer actually wanted–and delivering. 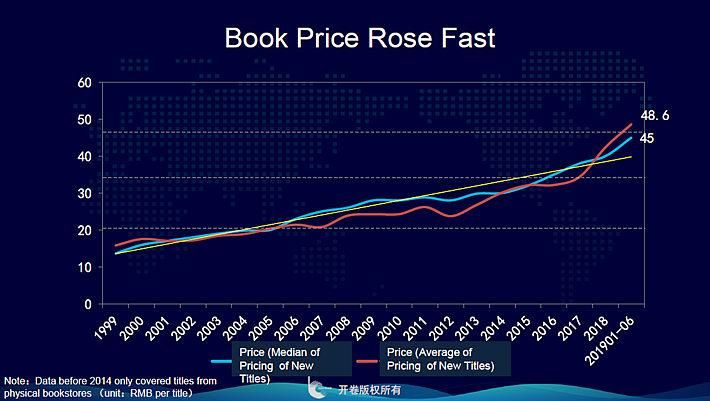 For all the firm logic and welcome motivation of the forum’s encouragement of innovation, the Chinese bookselling market is facing structural issues that will continue to challenge stores regardless of changing attitudes and comprehension of consumer interests. 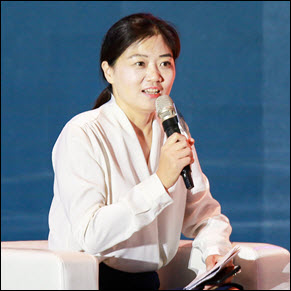 And one of the most devastating insights from the first half of 2019 shared at the Asian Bookstore Forum by Beijing OpenBook general manager Yanping Jiang was that in physical bookstores between January and June in China, the only category of books that saw positive growth was the study aids category. All else was in negative territory.

By contrast in online bookselling? The only category that saw a decline in the first half of the  year was the lifestyle books category. All else was in positive territory, the social-science and sci-tech titles jumping by more than 33.75  percent each, children’s books by 26.55 percent (down by 6.54 percent in physical stores), and literature up by 9.69 percent (down 7.44 in physical stores).

In short, the message of the Asian Bookstore Forum this year in Xi’an was closely aligned to that January-June report on what Beijing OpenBook estimates is an overall 89.4 billion RMB Chinese market this year (US$12.6 billion)Z: physical-store booksellers in China need to define their stores’ relevance to customers’ interests and lifestyles. And quickly. 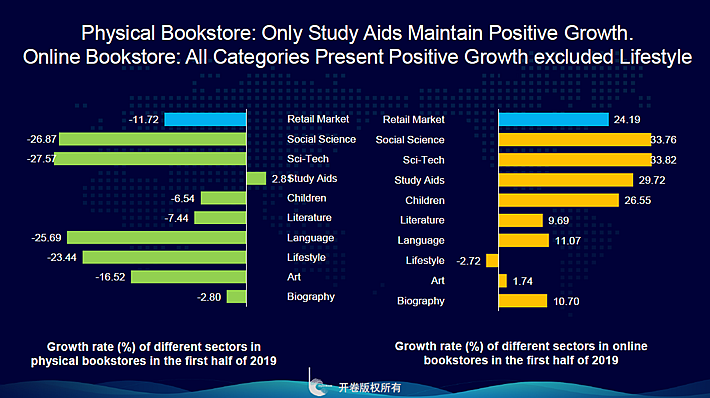