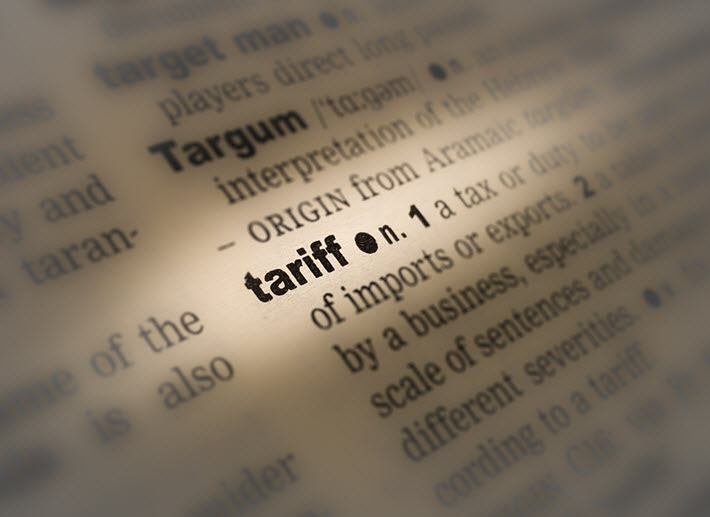 The Association of American Publishers chief is polling the membership to predict where Donald Trump’s China tariffs on books could do the most damage. 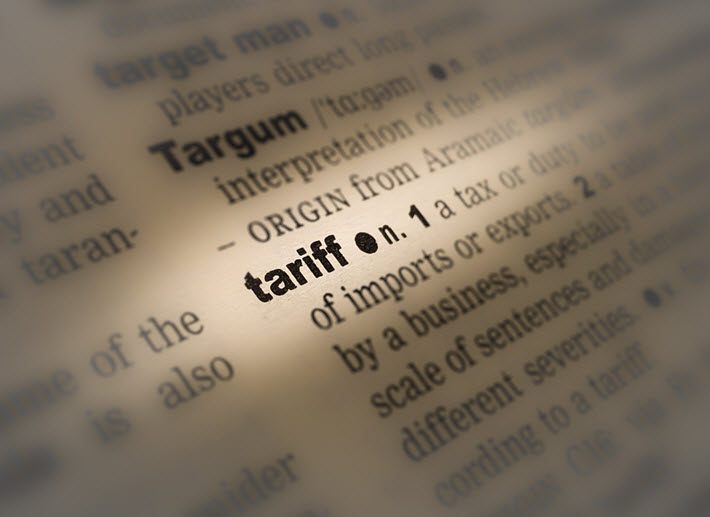 ‘Which Are Your Biggest Volume of Imports From China?’

Read our story from Tuesday (August 13) on the change in the Trump administration’s new tariffs on China. This is a follow-up to that article.

Maria A. Pallante, president and CEO of the Association of American Publishers has issued a call for input from AAP’s member companies and experts, in a follow-up to her statement Tuesday (September 13) on news of Donald Trump’s latest China tariffs.

As Publishing Perspectives has reported, Pallante is signaling “deep concern” in communications, stressing that whatever relief the temporary reprieve in tariffs on children’s books for the holiday shopping season, “a wide range of other books remain on the list, including American fiction and nonfiction books; art books; textbooks; dictionaries and encyclopedias; and technical, scientific and professional books.”

She is calling on the AAP membership—the largest such national organization of publishing companies in the world—to report to the association’s leadership on two questions, which she phrases this way:

In the Trumpian unpredictability of the situation, Pallante is essentially focusing on the most urgent and sweeping scope of the tariffs now listed for September 1 activation, with an eye to what could be on the horizon in December, as well.

The list of those products—which contain not only publishing industry output but myriad goods that support the American economy—are on the USTR’s List 4A, which runs to 122 single-spaced pages.

By contrast, the list of goods suddenly given a delay Tuesday until December 15 runs to only 21 pages and is called 4B.

Pallante includes in her listing for the AAP membership two categories of calendars the USTR is targeting. The capitalizations are those of the Trade Representative staff, and nesoi is documentation lingo for “not elsewhere specified or indicated”:

As Michael Cader has confirmed in today’s (August 14) edition of Publishers Lunch, “Bibles and other religious literature are among the items removed from the tariff list” entirely “and will not face additional tariffs of 10 percent” either on September 1 or on the new delayed date of December 15.

With 17 days to go to the anticipated implementation of the biggest tranche of tariffs on American publishers’ books printed in China, Pallante is looking for quick input from the membership “in further refining our advocacy.” She needs, in other words, to be able to quantify just how substantial the levy of these 10-percent tariffs could be on an industry that today has no recourse for printing its products.

Member companies are asked to communicate their responses to the AAP’s vice-president for global policy, Lui Simpson.

Wednesday US Stocks Plunge in ‘This Fruitless Trade War’

“We’d like to understand where AAP members will be most affected among these tariff categories on September 1.”Maria A. Pallante, AAP

At this publication, US markets are taking a new beating on Wednesday, the Dow Jones Industrial index at the closing bell down just over 800 points. As CNN Business’ Cristina Alesci reports from the floor of the New York Stock Exchange, investors are in a flight to safety because of the “inverted yield curves” that can predict a recession.

Alesci has told Jake Tapper on The Lead at 4 p.m., “This is investors sending a clear signal to Donald Trump that they do not like his ill-planned and so far fruitless trade war, and they are fleeing risky assets, fleeing stocks, looking for cover, looking to the bond market,” and that’s what’s causing those inverted yield curves in which short-term vehicles may pay more than long-term ones.

At the New York Times, Matt Phillips is writing, “The drop reflect(s) a rapid shift in sentiment, coming just a day after the market posted solid gains on Tuesday. That 1.5-percent gain had been driven by the White House decision to narrow the scope of the next round of tariffs on China to spare American consumers during the holiday shopping season.”

And on the international stage, as Phillips goes on to write, “The economic updates added to the increasingly ugly conditions in the global industrial economy. 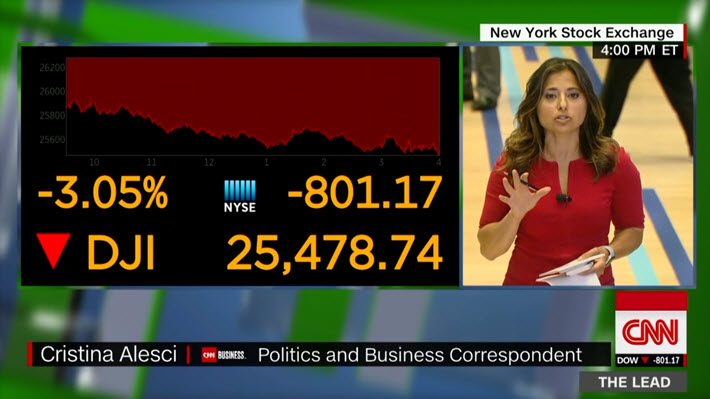 More from Publishing Perspectives on industry statistics is here, more from us on the Association of American Publishers is here, and more on Donald Trump and the publishing industry is here.