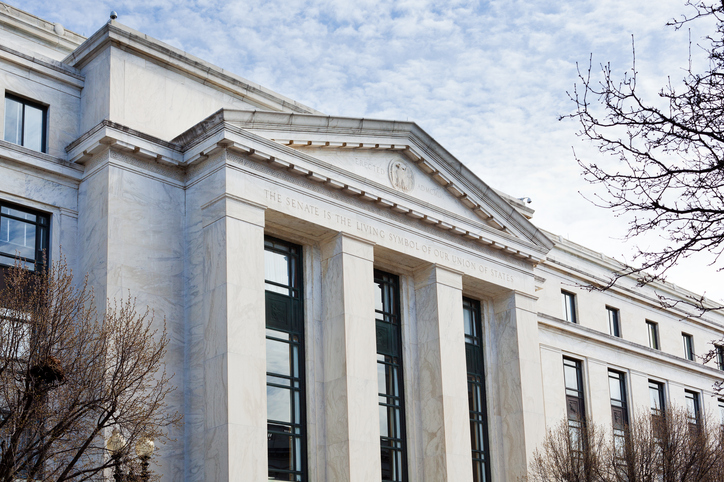 The US Senate Committee on the Judiciary has a markup session scheduled for the Copyright Alternative in Small-Claims Enforcement Act on Thursday (July 18). 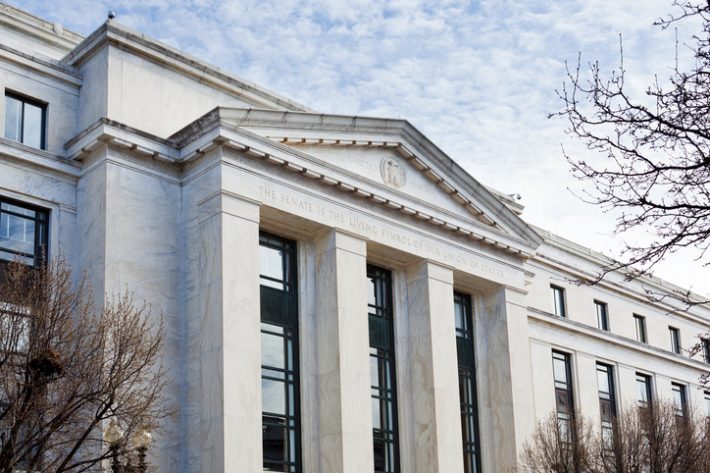 Rasenberger: ‘Today More Necessary Than Ever’

On Thursday (July 18), the US Senate Committee on the Judiciary is scheduled for a markup session on the Copyright Alternative in Small-Claims Enforcement Act, widely referred to as the CASE Act (S. 1273 / H. 2426).

“Publishers will benefit from the bill’s safeguards and limitations, which prevent the claims process from becoming a source of frivolous or nuisance claims.”Maria A. Pallante, Association of American Publishers

The Authors Guild in New York City has alerted its membership of some 10,000 with a letter to senators from the Guild’s president, Douglas Preston, and executive director, Mary Rasenberger.

And the Association of American Publishers in Washington this evening (July 15) has filed a letter from AAP president and CEO Maria A. Pallante with the offices of Senators Lindsey Graham (R-SC) and Dianne Feinstein (D-CA), respectively the chair and ranking member on the Judiciary Committee.

As Publishing Perspectives readers will recall, the CASE Act has broad appeal among publishing-related advocacy and service groups, including:

In their letter to Senators Tillis, Durbin, Kennedy, Hirono, Shaheen, Udall, and Blackburn, the Guild’s Rasenberger–who from 2002 to 2006 was a policy planning advisor to the US Copyright Office–lays out the essential rationale for the CASE Act and its value to authors this way:

“Currently, authors and other creators have no practical means of enforcing their primary asset as creators—their copyrights. The CASE Act will go a long way to correcting that by providing an affordable forum in which to bring at least their small claims.

“With the many threats authors face today—particularly the proliferation of large-scale digital piracy—a small claims tribunal is more necessary than ever.

“As you know, copyright infringement cases today must be brought in federal court, at a minimum cost of several hundred thousand dollars. Only a handful of authors can even consider such costs.

“The Authors Guild’s 2018 author income survey, with over 5,000 respondents, found that full-time authors earned a median of just US$20,300 from their writing in 2017. It means that federal litigation is out of the question, and infringers know that.

“As a result, even though copyright was provided to creators in the Constitution itself, most creators have been left without enforceable rights; and a right without a remedy is no right at all. The CASE Act would change that and make copyright meaningful again for creators.

“The CASE Act was the result of a recommendation by the Copyright Office after several years of study and input from interested parties; it has been in the works for almost 10 years.”

In the AAP’s letter, Pallante—who was the register of copyrights and director of the Copyright Office for more than five years, 2011 to 2016—brings to the association’s rationale some of her direct experience in the matter and the perspectives of publishers on its importance:

“When I served as United States Register of Copyrights, I had the privilege of directing and delivering to congress the Copyright Office’s 2013 Report on Small Copyright Claims, which evolved from the office’s earlier public studies on orphan works.

“As congress requested, the report documents the extensive frustrations of many American creators who, as a practical matter, are sometimes unable to assert or enjoy the full benefits of their intellectual property, as well as the concerns of copyright licensees and other lawful users who require more certainty or quick resolution when disagreements arise.

“AAP is pleased that the CASE Act makes the services of the tribunal entirely permissive at the discretion of the parties. And for those who will find it inviting, we think the legislation is fair to both claimants and respondents alike.

“On the one hand, publishers will invariably be interested in the inexpensive, streamlined process to vindicate low-economic claims on behalf of themselves or their authors, and, on the other hand, publishers will benefit from the bill’s safeguards and limitations, which prevent the claims process from becoming a source of frivolous or nuisance claims.

“AAP appreciates that the CASE Act represents the culmination of more than a decade of underlying work by bipartisan members of congress, the Copyright Office and a broad range of industry, nonprofit, and academic stakeholders committed to modernizing the copyright law. It is therefore no surprise that, in putting this legislation forward, lawmakers have struck an ideal balance between creating an efficient tribunal solution and protecting all participants, as well as the tribunal itself, from potential abuses.”

Opposition to the CASE Act legislation has been led by the Electronic Frontier Foundation, a digital rights organization based in San Francisco. In an article from Wednesday (July 10), the organization’s senior legislative counsel, Ernesto Falcon, writes:

“Serious problems inherent with the bill have not been remedied by congress before moving it forward.

“In short, the bill would supercharge a ‘copyright troll’ industry dedicated to filing as many ‘small claims’ on as many Internet users as possible in order to make money through the bill’s statutory damages provisions. Every single person who uses the Internet and regularly interacts with copyrighted works (that’s everyone) should contact their Senators to oppose this bill. 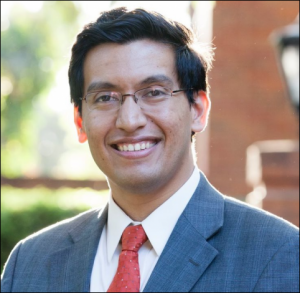 “Making it so easy to sue Internet users for allegedly infringing a copyrighted work that an infringement claim comes to resemble a traffic ticket is a terrible idea. This bill creates a situation where Internet users could easily be on the hook for multiple $5,000 copyright infringement judgments without many of the traditional legal safeguards or rights of appeal our justice system provides.

“Proponents of the legislation argue that the bill’s cap on statutory damages in a new ‘small claims’ tribunal will protect accused infringers. But the limits imposed by the CASE Act of  $15,000 per work are far higher than the damages caps in most state small claims courts—and they don’t require any proof of harm or illicit profit.

“The register of copyrights would be free to raise that cap at any time. And the CASE Act would also remove a vital rule that protects Internet users–the registration precondition on statutory damages.”

The Guild, in Rasenberger’s letter, refutes the EFF’s and others’ objections, writing to four points:

For those interested, the Senate Judiciary Committee’s hearing on Thursday, starting at 10 a.m. ET, should provide live video here.