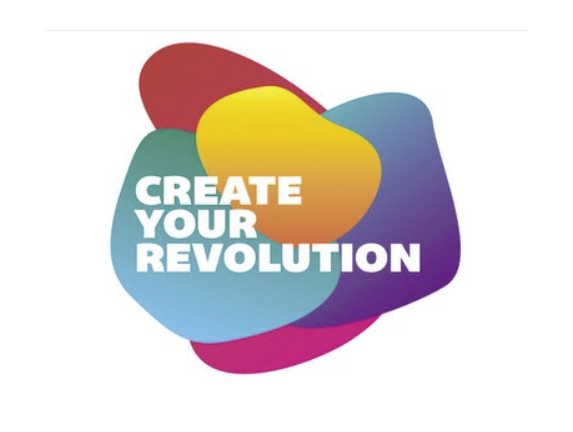 The ‘Create Your Revolution’ campaign is this year’s cooperative effort for Frankfurter Buchmesse with the United Nations, following last year’s ‘On the Same Page’ program in human rights.

In cooperation with the United Nations and the Börsenverein des Deutschen Buchhandels, Germany’s Publishers and Booksellers Association, Frankfurter Buchmesse today (July 2) has announced its “Create Your Revolution” campaign with a call for submissions.

Subtitled “An Initiative for the Future of Culture,” the program is tied to the UN’s 17 Sustainable Development Goals. The world body describes those goals—often shorthanded as the “SDGs”—as “the blueprint to achieve a better and more sustainable future for all. They address the global challenges we face, including those related to poverty, inequality, climate, environmental degradation, prosperity, and peace and justice. The goals interconnect and in order to leave no one behind, it’s important that we achieve each goal and target by 2030.”

As Publishing Perspectives readers will recall, the International Publishers Association‘s (IPA) SDG Book Club is another publishing program supporting the UN’s effort, in that case in the children’s market.

Media messaging from Frankfurt today says that in regards to its “Create Your Revolution” campaign, “The idea is to reaffirm culture in its capacity to solve our global challenges and to strengthen its role in international debates.

“At the heart of this year’s discussion and the campaign ‘Create Your Revolution’ is an urgent appeal: Without culture, there is no future. The campaign focuses on these central topics: activism, language, living with machines, trust, futurism, identity, sustainability, and education.”

Frankfurt’s annual THE ARTS+ program is tied into the campaign and will be Buchmesse’s reception point for those who would like to propose something they’re working on as having an application to the campaign.

(You will sometimes see THE ARTS+ name written as THE ARTS+/B3. That’s a reference to this year’s association of the cultural festival with the “B3” Biennial of the Moving Image, an event conceived by the Hochschule für Gestaltung Offenbach (HfG) for artists, media professionals and scientists from around the world. )

Ideas for the “Create Your Revolution” campaign can be submitted from now until July 31, and you can find an online submission portal here. Last year’s THE ARTS+ program featured keynotes relevant to its focus on cultural factors and technology, with speakers including:

THE ARTS+ will have another five-day program sequence in this, its fourth year at Frankfurter Buchmesse.

And the “Create Your Revolution” campaign is a follow-up to last year’s “On the Same Page” program, which honored the 70th anniversary of the UN’s Universal Declaration of Human Rights. Frankfurter Buchmesse and the Börsenverein launched “On The Same Page” with the support of the UN and Amnesty International and various other partners. That initiative called on the international book and media industry to become actively involved. in human rights issues.