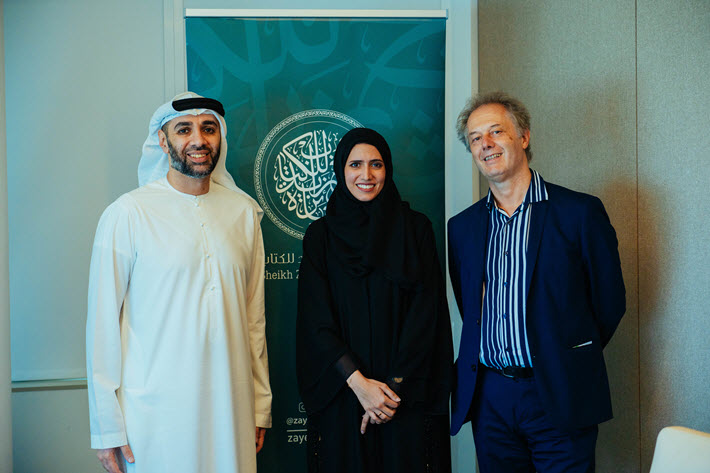 Drawing on its translation fund, the Sheikh Zayed Book Award has facilitated translation into Italian, French, and English for Hessa Al Muhairi’s children’s book, ‘The Dinoraf.’ 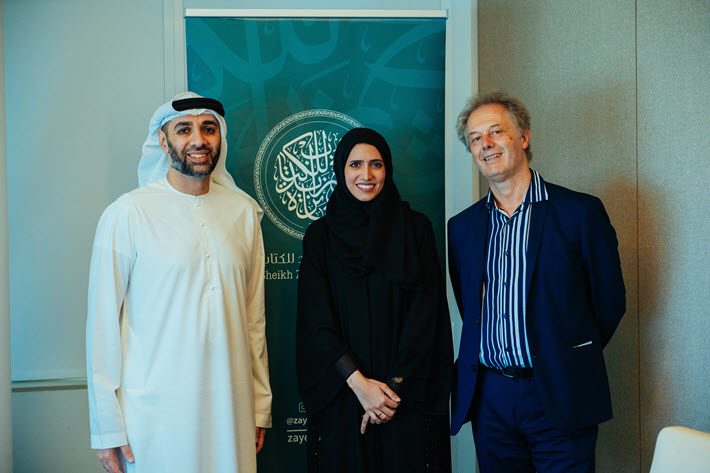 A Tale of Tolerance and Diversity

The Sheikh Zayed Book Award program based in Abu Dhabi has announced the signing of an agreement with Emirati publisher Al Hudhud and Italian publisher Marcos y Marcos to translate The Dinoraf by Emirati author Hessa Al Muhairi. The book won the Zayed program’s Children’s Literature award in 2018.

Under the agreement, the book will be translated into three languages: Italian, French, and English. Update (July 21): Since this story first was published, the Zayed Book Award has confirmed to us that Marcos y Marcos will handle all three translations.

A story of cross-cultural outreach and frontier-hopping unity, The Dinoraf is about a dinosaur who makes it his mission to find his closest relatives among the other animals. On his travels, he discovers diversity–the value of the differences between creatures–and this finally leads him to perceive a connection with the giraffe. So it is that he arrives as the “dinoraf.”

Al Muhairi’s story is a unique portrayal of a contemporary case of peaceful coexistence and mutual tolerance of cultural differences in a global society.

And the new arrangement for its threefold translation was has been formalized in a signing ceremony held in Abu Dhabi and attended by the author as well as by Milan-based Marco Zapparoli and Ali Al Shaali—holder of the Arabic-language rights.

“The grant fund is an opportunity to highlight the active role of translation in fostering cultural communication and also promoting quality Arabic literature, internationally.

“The translation of The Dinoraf into Italian, French, and English languages is an important milestone for the Zayed Award and for achieving our mandate in elevating the standard of children’s literature and establishing it on common values.”

Speaking for the Italian house, Zapparoli said, “I greatly enjoyed the unique character of the ‘dinoraf.’ As the first multilingual animal born in the desert, he is a brand new friend for young readers in Italy.

“The author has crafted an inspiring story that engages children in meaningful conversations on universal values of tolerance and mutual coexistence.

“For that reason, Marcos y Marcos is proud to publish this book, and I believe it will be a great success.”

And Al Shaali said, “We are proud that Hessa Al Muhairi’s The Dinoraf won the Sheikh Zayed Book Award, which is named for the UAE’s founding father.

“This is a major opportunity to introduce Arabic titles into different markets and reach new readers–whether they’re Arabs living in Europe or Europeans–as we offer the work in Italian, French, and English”

Founded in 2011, Al Hudhud Publishing and Distribution is widely considered to be one of the most promising up-and-coming publishers in the UAE. The house already has gained recognition in the industry, both locally and regionally. 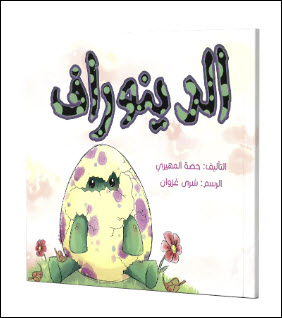 ‘The Dinoraf’ in its original Arabic publication

As Al Shaali referenced, the Sheikh Zayed Book Award, created in 2006 and administered by Abu Dhabi Department of Culture and Tourism, commemorates the late Sheikh Zayed bin Sultan Al Nahyan, founding president of the UAE and ruler of Abu Dhabi, and the program is a tribute to “his pioneering role in promoting national unity and development.”

The book’s author, Al Muhairi, holds a bachelor’s degree in early childhood education and a double masters in education management and policy from Deakin University in Australia.

She has been working as a nursery teacher since her graduation and has participated in several children’s literature workshops as well as managing a number of training programs.

In addition to The Dinoraf, Al Muhairi has published a second book for young readers, Whose Footprints are These?

There is of course a parallel in the news of the new translation agreement with the United Arab Emirates’ “Year of Tolerance” emphasis for 2019, something that was accentuated in the awards ceremony in April.

And even in this year’s children’s category selection, it has been clear that the clear-eyed vision of diversity and communication of Al Muhairi’s work remains an essential element of the Zayed program’s intent. In our interview with the Kuwaiti writer and photographer Husain Al Mutawaa, winner of the 2019 Children’s Literature award, he counseled the industry to be careful of allowing the appeal of popular culture to overtake the importance of issue-driven content for youngsters.

“Start with literature,” he said. “And create ‘gentle resistance’ to what’s all around the popular industry today.”

Publishing Perspectives readers will recall that the Sheikh Zayed Book Award is among the most generously endowed and comprehensive prize programs, dedicated overall to bringing forward significant literary achievement in the Arab world.

In order to promote these achievements on the world stage and enable the distribution of Arabic writings in the world, the program includes translation grant availabilities for both the Literature and Children’s Literature winners. This support can go as high as US$19,000 per title, including special accommodation for illustrated work. 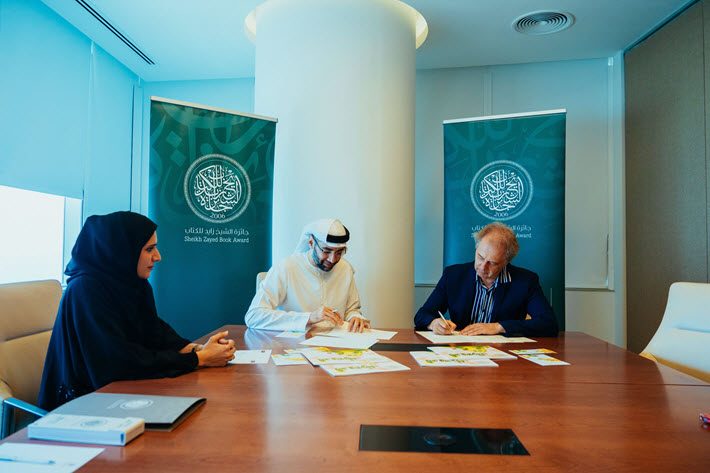