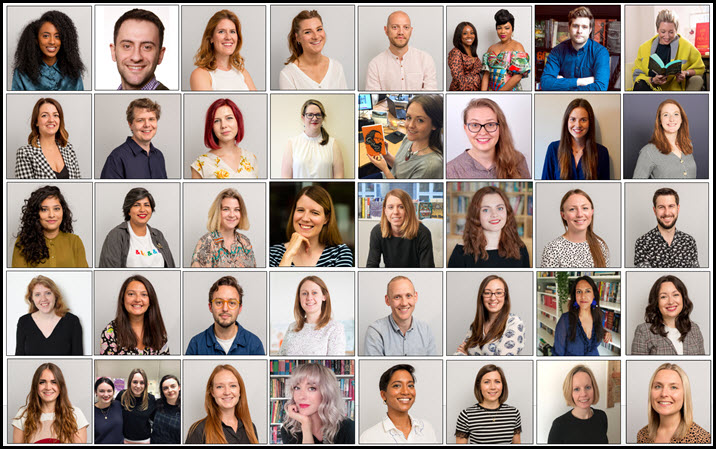 A new class of 40 ‘Rising Stars’ in the UK publishing industry is named by The Bookseller, in association with sponsor Frankfurter Buchmesse. 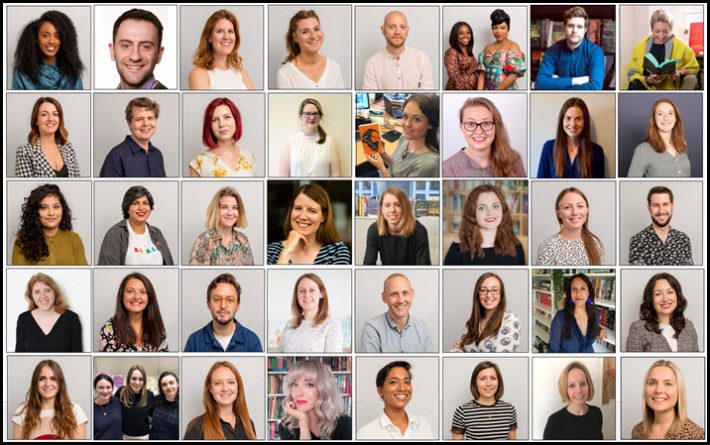 As Tom Tivnan at The Bookseller writes in his announcement of the 2019 Rising Stars group of emerging professionals in the UK’s book industry, “Rising Stars is, at its heart, a celebration of the wide array of talent in the trade.” 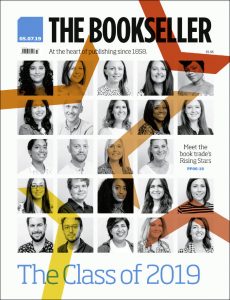 The annual program recognizes some 40 players in the book business and its “Shooting Star,” is given a trip to the Frankfurter Buchmesse (October 16 to 20), which partners with the trade magazine on the program.

Frankfurter Buchmesse sponsors The Bookseller’s Rising Stars, which originated in 2011.

Tivnan points out that this year’s Shooting Star—Laura Ricchetti, 27, who heads Pan Macmillan’s European and Middle East international sales department—is, for the first time, from the sales side of the business.

There’s also a sad element to Friday’s (July 5) announcement, in that Sophie Christopher, Transworld senior publicity manager and one of the three founders of The FLIP (Female Leadership in Publishing), died unexpectedly on June 3.

As Mark Chandler writes at The Bookseller, also on Friday (June 5), Christopher’s family has launched an online fund-raising page in her memory, already approaching £2,500 (US$3,131) in donations.

It’s the first time, Tivnan notes, that a Rising Star has thus been named posthumously. And Christopher’s FLIP co-founders, Helena Gonda and Ella Horne, say that in tribute to their lost colleague, they’ll continue to press forward with the FLIP’s newsletter and programming.

Tivnan has reported that this year saw a higher level of submissions than in the past, and he notes that in commentary from the newly named Stars, most of them “talked about expanding readership and getting books and stories into as many people’s hands as possible,” regardless of the sector of the business in which they work.

More from Publishing Perspectives on the Rising Stars program is here, and more from us on Frankfurter Buchmesse is here.