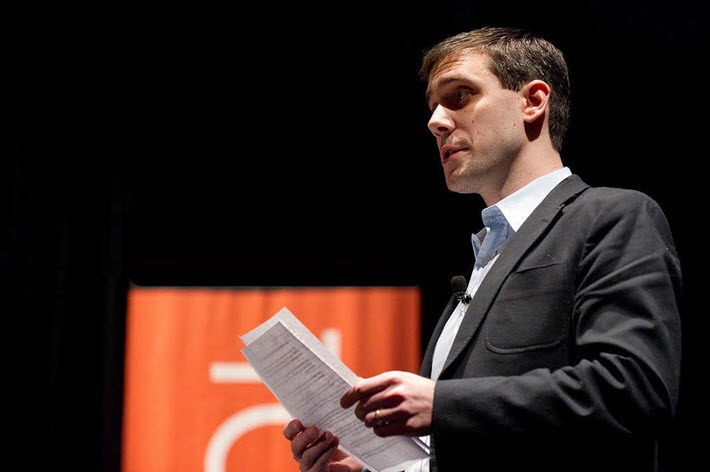 While some may fear that a nonfiction summary can kill sales, getAbstract for two decades has created and distributed book summaries in partnership with publishers and authors. 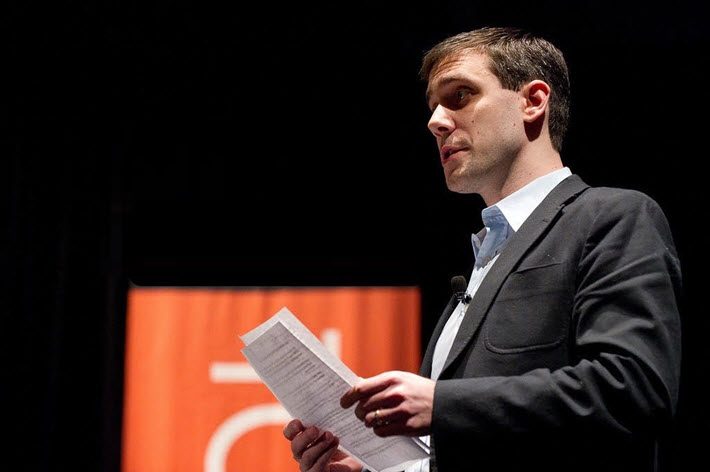 ‘A Marketing and Discovery Vehicle’

When Publishing Perspectives and other media outlets reported in late June that Scribd had created as many as 500 15-minute “snapshot” summaries of nonfiction titles, some in the industry expressed concern about how copyrighted content was being handled.

At Publishers Lunch, Michael Cader’s June 28 article headlined “Publishing Snaps Back at Scribd’s Unauthorized ‘Snapshots” indicated that “At least one publisher confirmed to us they immediately expressed concerns about the program and are evaluating the future of their business relationship with Scribd as a result.” Without an agreement with rights holders to create the summaries—and without paying rights holders of the titles being given the “snapshot” treatment—the new summaries, in both text and audio, might Cader wrote, “prove to be a significant gaffe.”

Scribd has maintained that its intentions are good, driving discovery of books on the service, and that it doesn’t use copyrighted material to produce these summaries.

In response to Publishing Perspectives‘ inquiry, the company very promptly produced a statement, saying, “Snapshots are completely original content. We have a dedicated content team that draft and review each and every Snapshot and have integrated these into the product to drive readers to the full title. We did not work with publishers on the first 500, [and] this is largely because we wanted to get this offering integrated into the product so that we can start testing and learning.

“We’re open to working with publishers and authors on these in the future.”

And that last line about “working with publishers and authors in the future” led us to a conversation with Andrew Savikas about how the Lucerne-based company getAbstract, now in its 20th year, has handled its creation and presentation of more than 20,000 summaries in text and audio of work from more than 600 publishers, operating in seven languages.

Savikas has been the US division president for more than a year now. Currently the chairman of the board of the States’ Book Industry Study Group (BISG) led by Brian O’Leary, he’s best known in the industry for his years as CEO of Safari Books Online, the B2B training platform for business and technology that originated as an O’Reilly and Pearson partnership and in 2014 became a wholly owned O’Reilly Media subsidiary.

In a personal blog post he updated for LinkedIn in 2016, Savikas wrote about how he saw the end of Safari (and his leadership of it) as a standalone entity as a chance to “spend more time with his family” for real—not as corporate code for managerial termination but as a conscious choice to be “more present with my kids.”

Based on that interest, it seems he found a good fit with getAbstract, which opens one of its promotional videos (below) with gorgeous Alpine flyover images and the lines, “In Switzerland the clocks go a little differently, they say. Maybe it’s because we enjoy the time more.”

‘A Partnership With Publishers’

Since 2001, getAbstract has been making its International Book Award, usually recognizing two titles annually. The award will be given again at a ceremony at Frankfurter Buchmesse (October 16 to 20), and is annually drawn from a starting pool of some 10,000 nonfiction titles in English and German.

“It’s exciting to see the folks at Scribd get into doing this,” Savikas tells us, “in part because, from our experience, we know that people really do value and appreciate book summaries as a way to discover new books—and also as a way to complement the reading.

“And part of getAbstract’s original philosophy behind doing it,” Savikas says, “was that it was only going to work, if it was a partnership with publishers. So for us, doing it right requires getting approval from the publisher. It’s about helping with book discovery and doing it in a way that plays very nicely with the existing publisher ecosystem.”

“It’s not like Fortune 500 companies are going out shopping bookstores, right?”Andrew Savikas, getAbstract

Some 250 of the publishers with which getAbstract has relationships are in the States, and the list includes some of the world’s leading houses, from the Big Five in the West to CITIC Press Group in China, Ullstein and S. Fischer in Germany, Panorama Editorial in Mexico, Planeta in Spain, Elsevier Editora in Brazil, AST in Russia, Québec’s Les Editions un Monde Différent in Canada, and Tafelberg in South Africa.

Savikas is quick to point out that “One difference in what we do and what Scribd does is that we’re really primarily a B2B company. It’s not like Fortune 500 companies are going out shopping bookstores, right? This is a way to get this content to those to those prospective readers in a pretty effective way. So while we do have individual subscribers, our main users are companies.”

“Corporate Solutions,” in fact, is a major section of getAbstract’s strategy, working with human resources divisions, for example, to bundle and deliver content relevant to issues of workplace relations and productivity. The way this is pitched: “Our expert editorial team finds, curates, and summarizes the best business knowledge into 10-minute reads so that your team can make better decisions in less time.”

The company makes its money on subscriptions and signs revenue-less (in most cases) contracts with publishers and authors, Savikas says, giving it the right to create its summaries of their work. “And in return,” he says, “we’re going to invest in developing this abstract, marketing and distributing it to our corporate audience.

“It really comes down to our track record,” he says. And while the first—and logical—question a publisher or author might have is, “Won’t they read the summary and skip buying the book?” actual practice seems to indicate that summary readers often convert to buyers, and the sheer visibility-raising aspect of being professionally summarized can be a sales tool.

GetAbstract works directly with self-publishing nonfiction authors and industry development specialists as well as publishers. There’s a submission form here through which an author or publisher can forward content to be considered for summarizing. This is where you’ll find a permission point (and thus you must hold the copyright of the work), giving getAbstract AG “non-exclusive, worldwide and cost-free rights to display, promote, distribute and sell abstracts of my content.”

“This material will be made available as single abstracts and as part of getAbstract’s subscriptions. It will be delivered over multiple platforms (for example, through other portals and portable devices) and various formats worldwide. Abstracts will also be appear in getAbstract’s other promotional media activities and through third-party providers.

“I indemnify getAbstract AG and its subsidiaries from any damages, lawsuits, claims, liabilities, costs, charges and expenses, including legal fees relating to the use of my uploaded content.

Michael Bungay Stanier, founder of the corporate coaching firm Box of Crayons, in response to our question says, “We focus on practical coaching skills for managers and leaders, and we try to help drive cultural change for our clients. GetAbstract has helped us in a couple ways.

“First, it’s helped get the ideas from The Coaching Habit book into lots of hands. That’s a win, particularly with the many people who’ve bought the book but not quite got around to reading the book. Second, they’ve helped open conversations with change agents in organizations that’s led to new business for Box of Crayons.”

And as Savikas says, rather than authors or publishers being squeamish about summaries and worries they could kill sales, “What we get is more people coming to us, wanting to get their titles summarized, because they know they’ll get exposure that’s going to drive sales. That’s really what what the publishers want.

“Primarily, we see ourselves as as a marketing and discovery vehicle for publishers and authors,” Andrew Savikas says. “And we want to do that in a way that that respects their intellectual property”