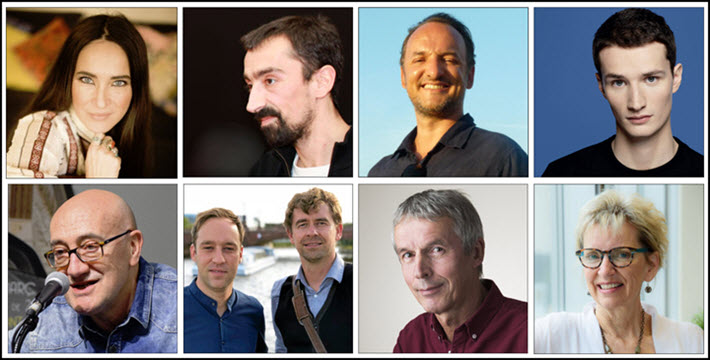 Graphic novels, a dark debut from a 25-year-old Parisian, a nonfiction work on what social genetics says about contemporary debates, and a Korean work about saving our seas all figure into today’s roundup. 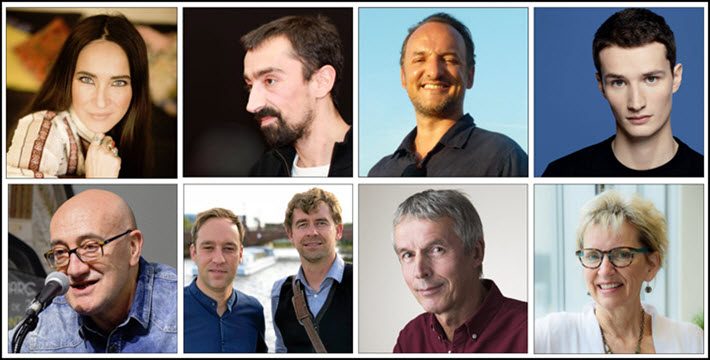 In Cannes, Frankfurt’s key partner is the Société Civile des Editeurs de Langue Française (SCELF) and the Institut Français, in cooperation with Marché du Film and the Festival de Cannes. The pitching event is called Shoot the Book—complete with exclamation point—and the networking event is the Shoot the Book Rendezvous.

And for our Rights Roundup today, we invited some of the agents and rights directors who were in Cannes to present some of the titles they’re presenting this summer ahead of Frankfurter Buchmesse—some for film interest and most of them for foreign rights consideration.

You’ll notice that this gives us an unusually rich representation in French material this month, and we also have an English-language Canadian work and an ecologically minded South Korean title for young readers. 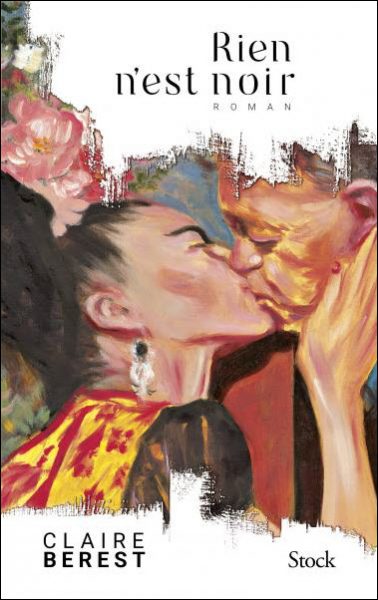 Nothing Is Black
(Rien n’est noir)

For our roundup today, Vauterin offers Claire Berest’s meditation on Frida Kahlo and Diego Rivera. Picking up the artist’s story after her devastating bus accident, Kahlo, per promotional materials, “has lost everything: her body, her fiancé Alejandro and her bold spirit. But while recuperating, she discovers the power of color. And as if  obsessed, she knows that her future is with Mexico’s most famous muralist, the lady’s man Diego Rivera.

“And so she sets out to find him and gives him no choice but to love her in return. Together they’ll experience wild parties, success, scandal, travel, and affairs. They’ll tear each other part and get back together. And they’ll paint.” 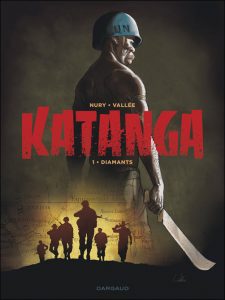 While in Cannes Laurent Duvault of Mediatoon was presenting several properties including Room 128 by Cathy Bonidan. And the house has sent us this look at the graphic trilogy Katanga, set in 1960, when, after 90 years of Belgian colonial rule. The Congo proclaims its independence, and less than two weeks later, the rich mining province of Katanga secedes.

“Congo and Katanga immediately go to war,” we read in promotional materials. “At the heart of the conflict: the possession of the diamond mining territories. Many massacres of civilians ensue. The UN then imposes its mediation and sends blue helmets. At the same time, a group of despicable mercenaries is recruited to free the occupied mine. And a black servant, Charlie, puts his hand on a treasure: $30 million in diamonds, which makes him the most wanted black in Katanga.” 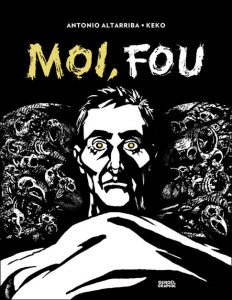 By Antonio Altarriba, with illustrations by Keko
Translated from the Spanish by Alexandra Carrasco

At Cannes, emphasis for producers from Editions Denoël was focused on Sandrine Collette’s Animal and Sonja Delzongle’s Cataractes.

Here, Judith Becqueriaux offers Moi, Feu, a graphic novel in which, according to promotional materials, “Angel Molinos, a psychologist and a failed writer, works for the Observatory of Mental Disorders, a research center affiliated with the Pfizin Laboratories of Houston, which tracks the evolution of mental illnesses and tests new molecules in human guinea pigs. Its mission is to identify new ‘pathologizable’ profiles to help Pfizin expand its pharmacopoeia.

“This story of Big Pharma cutting into our lives and our psyches to optimize its profits could unfold everywhere, but its political tones add a layer to the unvarnished portrait of contemporary Spain that Altarriba traces from book to book.” 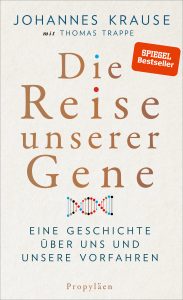 The Journey of Our Genes
(Die Reise unserer Gene)

By Johannes Krause and Thomas Trappe

While Agnieszka Golosch from Ullstein was presenting works of Joannaes Böhme and Irmgard Keun at Cannes, the house’s Annemarie Blumenagen has contacted us about a nonfiction title that gets at the peculiar place of migration in today’s current affairs, from, as she writes, “Donald Trump’s relentless crusade against ‘caravans’ of migrants to Brexit and the fear-mongering spread by various right-wing parties.

“Migration has become a negative buzzword. Johannes Krause and Thomas Trappe prove that migration is not a modern-era phenomenon.

“Since Homo erectus, mankind was always on the move, and spread from his native Africa into the whole world.”

Promotional copy about the book says the authors “tell us what genes [reveal] about our origins: Are there ‘native people?’ When did the early Europeans lose their dark skin? What role has the Balkan route played in the past 40,000 years? A great narrative that shows that without the immigrants who came to Europe from all directions for millennia and brought innovations over and over again, our continent would be unthinkable.” 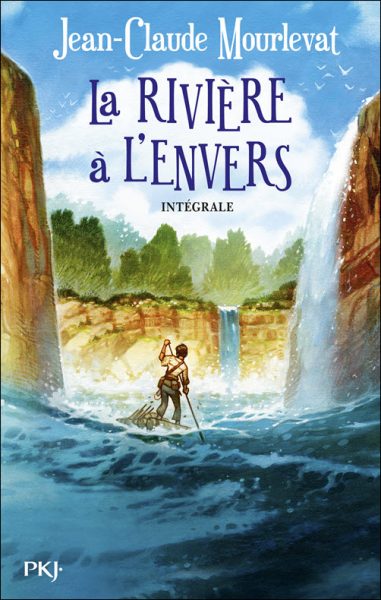 The Upside Down River

This collection brings the series together, telling the story of Tomek and Hannah, young explorers who encounter–from the promotional material now–the Forest of Forgetting, the Village of Perfumers, the Nonexistent Island” and more.

“This is a fabulous trip that will lead Tomek and Hannah, two young orphans, to the end of the world. Will they find this river flowing upside down? And does its water promise immortality? Or something else they were not looking for?” 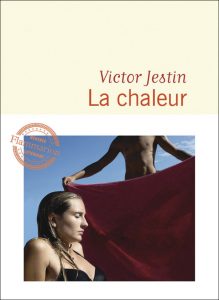 At Cannes’ Shoot the Book sessions, Flammarion’s Laure Saget was presenting Wolfdog by Serge Joncour and The Guerlain Story by Elisabeth de Feydeau.

Here, she (for audiovisual rights) and her associate Florence Giry (for international rights) are offering the debut novel from Victor Jestin, 25, whose influences, he says, are Camus, Genet, and Louis Malle’s film adaptation of Le Feu follet. Jestin is drawn to contrasts in young adulthood, in looking back on his teens as years when “desires went with violence, laughter with anguish. It was enjoyable and terrible at the same time.”

Promotional copy about the book calls it “the story of a teenager, Leonard, 17, from outside the world in which he finds himself, a teen who doesn’t know how to play the game–that of seduction, parties, holidays.”

The opening lines of the book: “Oscar died because I watched him die, without moving. He died strangled by the ropes of a swing.” 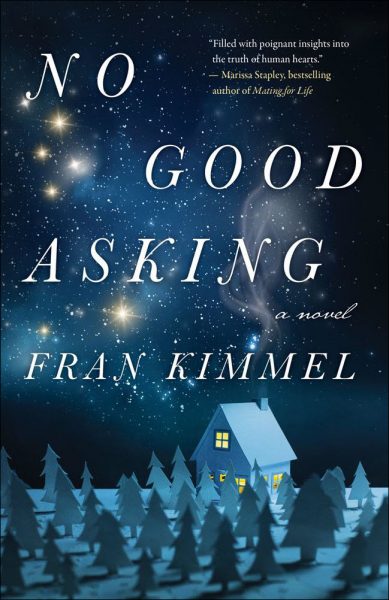 At Cannes, Canada’s Emily Ferko presented Fran Kimmel’s No Good Asking as “heart-warming commercial women’s fiction,” and with Arabic, German, and Dutch deals in place, she’s signaling it to us today as a key title.

In promotional material, we read, “Ellie and Eric Nyland have moved their two sons back to Eric’s childhood farmhouse, hoping for a fresh start. But there’s no denying it, their family is falling apart, each one of them isolated by private sorrows, stresses, and missed signals. With every passing day, Ellie’s hopes are buried deeper in the harsh winter snows.

“When Eric finds Hannah Finch, the girl across the road, wandering alone in the bitter cold, his rusty police instincts kick in, and he soon discovers there are bad things happening in the girl’s house. With nowhere else to send her, the Nylands reluctantly agree to let Hannah stay with them until she can find a new home after the Christmas holidays. But Hannah proves to be more balm than burden, and the Nylands discover that the only thing harder than taking Hannah in may be letting her go.” 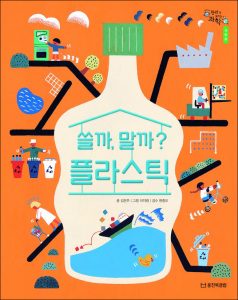 Plastics: Past, Present, and Future

While this one wasn’t engaged in Cannes last month, we asked to include it because it answers a need for young reader’s literature on climate and conservation issues–in this case perhaps of special interest to supporters of the 4Ocean project working with plastic waste in the Earth’s seas.

Based in Tel-Aviv, agent Stephanie Barrouillet, whose list frequently features works touching on contemporary issues for young readers, this time is presenting a work from South Korea. This environment-conscious book for young readers follows plastic toys across the ocean for months, letting readers learn about the life cycle and history of plastics–their invention, their many uses, and the damage that plastic waste is doing to the environment.

According to National Geographic, some 91 percent of the world’s plastic isn’t recycled. “Plastics, which began just six decades ago,” writes Laura Parker for National Geographic, “has accelerated so rapidly that it has created 8.3 billion metric tons—most of it in disposable products that end up as trash.”

More of Publishing Perspectives‘ rights roundups are here, more from us on rights issues overall is here, and more on books to screen issues and adaptations is here.