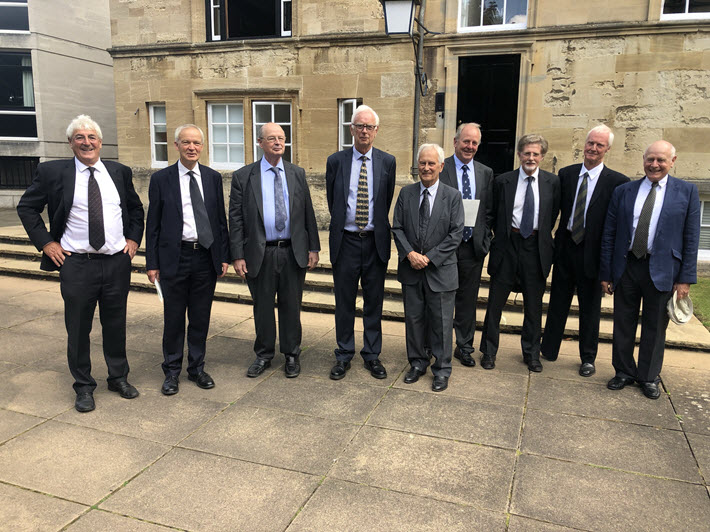 The late George Richardson was ‘a quiet man, aware of his own shortcomings but with that instinctive knack of being a good leader.’ 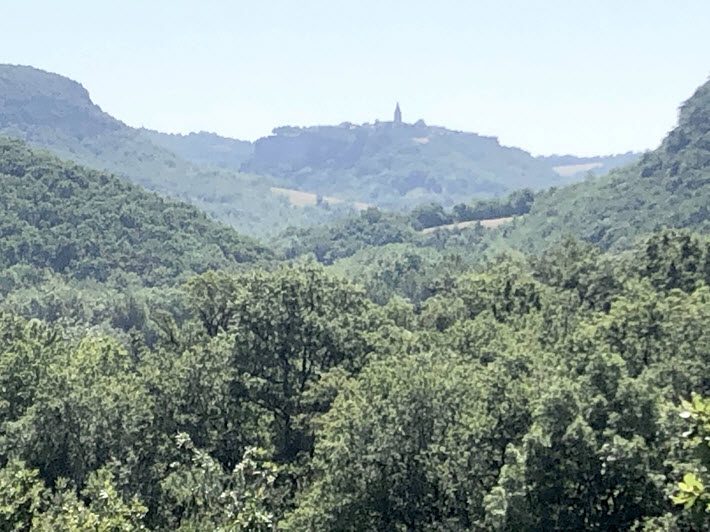 A view of Puycelsi in the south of France, a hilltop village, one of the Plus Beaux Villages de France association municipalities. Image: Richard Charkin

A Great Manager With Humanity, Judgment

I‘m writing this from France, where I am living for the next few weeks unless President Macron becomes so irritated by Brexit that he enforces the deportation of all British citizens. Renvoyer-les. Send them back. My routine involves long walks in crazily hot, full sunlight up and down steep hills. The walk to Puycelsi isn’t atypical. It’s a lovely village.

On these walks, I tend to think a little less practically than usual and right now I’ve been thinking about a great 20th-century CEO who may be unknown to 99.9 percent of today’s publishing industry.

George Richardson was secretary to the delegates—the chief executive—of Oxford University Press (OUP) from 1974 to 1988. I worked there from 1975 to 1988 so we were almost exact contemporaries.

Richardson was appointed by the University of Oxford to take charge of its sprawling, unprofitable, arrogant, and inward-looking publishing, printing, and papermaking operation at a time of hyperinflation, economic recession, and overbearing trade union power. He had no significant experience of management, publishing, or business. He made no grand statements nor speeches to “rally the troops.”

Yet, at the end of his tenure, OUP had been transformed and has been able not only to publish some of the best books in the humanities, science, medicine, education, reference, music, and more, but also to contribute financially to the university’s well-being. In the year that ended with March, sales were £840.5 million (US$1.1 billion), generating a 2019 profit after tax of £90.3 million (US$112.1 million). OUP has transferred hundreds of millions of pounds to its owner. Not many publishers can say that.

‘Diversity Was Clearly Not the Driver’ 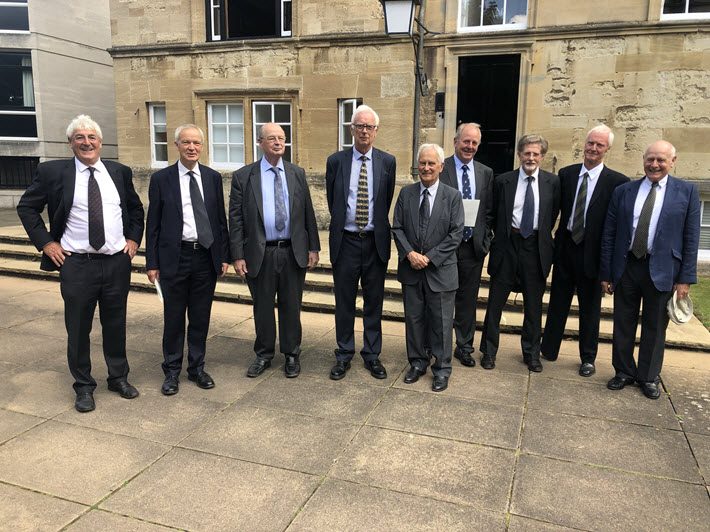 Richardson died this month at the good age of 94. I attended his funeral at St John’s College, Oxford. Naturally there were many from his days at OUP who were there, and I was able to persuade Nigel Portwood, the current CEO, to take the photo above of nine survivors of those days.

“We all worked in different roles in different divisions of Oxford University Press, but it doesn’t take much imagination to see some commonalities. All white. All male.”Richard Charkin

We all worked in different roles in different divisions of OUP, but it doesn’t take much imagination to see some commonalities. All white. All male. I imagine all went to private or highly selective schools. I think all but one attended either Oxford or Cambridge. Nearly all liked cricket. Several played poker. They all had girlfriends or wives. Diversity was clearly not the driver of recruitment. I was asked at my joining interview whether I was Jewish. “It wouldn’t be a problem as there was one in the press already.” As it happens, he wasn’t Jewish but had a German name.

In today’s world this would, of course, be utterly unacceptable, but then it was the norm in many British institutions, particularly those close to establishments such as Oxford University.

But perhaps it wasn’t all bad. We had a shared culture which could be applied to sorting out the mess that George Richardson was trying to address. We didn’t need bonuses to motivate us. Nor did we need appraisals to tell us our objectives. Nor lessons in how to behave ethically. In our 30s, we were each given responsibility and freedom to act way above that justified by our experience. At Harvard Business School it was called empowerment. I don’t think George or we had heard the word but it seemed to have worked.

In the course of a decade or so, OUP had been transformed.

The paper mill was sold off. The hugely inefficient warehouse in London was closed and a new one built in Northamptonshire. A completely new IT system, Vista, was implemented. The wasteful London offices were closed and UK operations centralized in Oxford. The centuries-old printing division was wound down with the loss of hundreds of skilled employees. Typesetting was moved to tiny freelancers or to India. 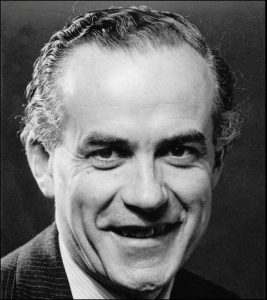 In publishing terms, the opening of offices across Europe, Asia, and Latin America laid the foundations for Oxford dominance in English Language Teaching (ELP). The prioritization of scholarly journals made Oxford a legitimate competitor to the massive scientific publishers. The computerization of the Oxford English Dictionary not only preserved a great scholarly work but also furnished OUP with digital skills ahead of its competitors.

When Richardson was appointed CEO, I suspect the university thought that he would bring good academic economic thinking to business. As he describes in a paper here in his elegant and thoughtful prose, it worked out somewhat differently.

He was a quiet man, aware of his own shortcomings but with that instinctive knack of being a good publishing leader and allowing those with particular skills to flourish.

He once told me that he was a lousy manager because, as an academic, he had never had anyone reporting to him and he never reported to anyone. The facts were true but his conclusion was wrong. He was a great manager with humanity, judgment, humility, intellect, and courage that I fear the Harvard Business School simply cannot teach. I only wish that political leaders around the world were as quiet and effective.