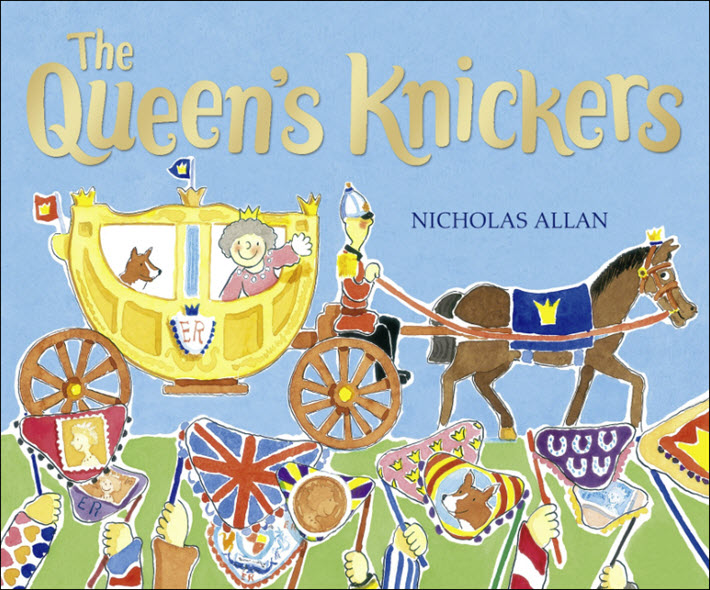 Whether through ‘curiosity, amusement, horror, or excitement,’ the new Queen’s Knickers Award is intended to highlight strong illustrated work for kids. 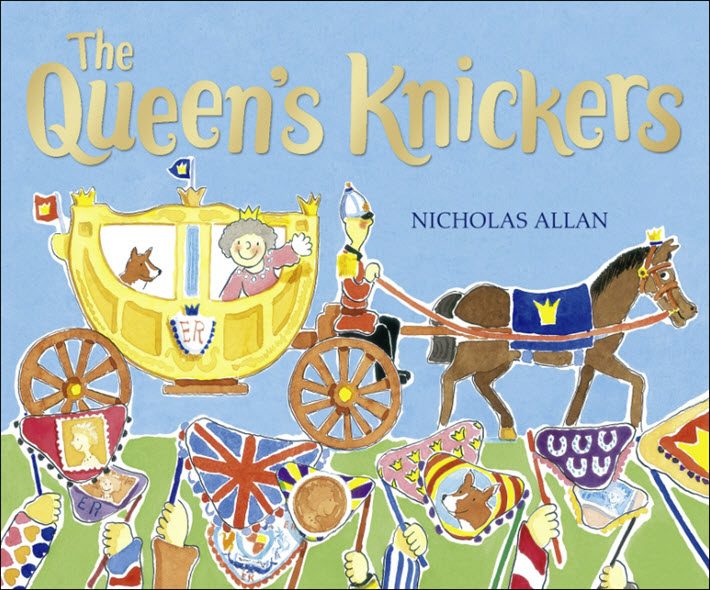 London’s Society of Authors on Tuesday (July 2) has put out a call for submissions for a new award that highlights illustrators and writers of “quirky” illustrated children’s books for readers 7 and younger (and for the rest of us who want to know what makes them “quirky”).

The Queen’s Knickers Award is named after a book by the creator of this prize, author and illustrator Nicholas Allan.

The Queen’s Knickers originally was published by Hutchinson in 1993 and came out in paperback from Penguin Random House/Red Fox in 2000. In the promotional copy about the book, we read, “It’s a busy year for the Queen. She has lots of important events to attend. Meanwhile, a little girl is wondering what knickers Her Majesty will choose to wear on a school visit. Will they be her ‘at home’ knickers–adorned with corgis–or her ‘garden party’ knickers, or perhaps her woolly Balmoral ones?”

Expanding a bit on the “quirkiness” sought by the prize, the program explains that it will “aim to recognize “books that strike a quirky, new note and grab the attention of a child, whether in the form of curiosity, amusement, horror, or excitement.”

And the new award is quite generously endowed. At its inaugural presentation during the 2020 ceremony for the Society of Authors’ awards. the winner will be given £5,000 (US$6,290) and a golden Queen’s Knickers badge, as depicted in Allan’s original book. The runner-up is to receive £1,000 (US$1,258) and a silvered badge.

And in announcing the award, Allan is quoted, saying, “I want to encourage authors and illustrators to take more risks and have more fun. The name of the award reflects how I felt when I began writing the book from which the name is taken. I started it purely for fun, without any sense of plot, moral, purpose—in fact, without sense—and maintained it to the end.

“I’d like the award to discover books that feel as if created purely as fun for the author while, simultaneously, seeking astonishment and wonder in the reader.

“I’d particularly like to think it could go to new authors and illustrators, as well as more established [ones], particularly as the former might be more open to risk, as they have everything to gain and little to lose.”

Requirements for entry are listed this way:

Allan, of course, isn’t the first creative publishing professional to establish an award as one of the Society-administered portfolio of prizes. Readers of Publishing Perspectives will recall that translator and author Daniel Hahn used some of his own prize winnings to fund the TA First Translation Prize, one of the 10 translation prizes administered by the Society. 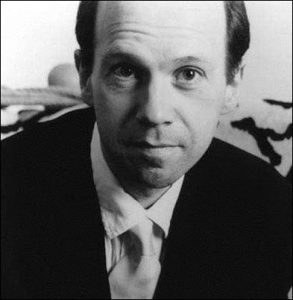 The Queen’s Knickers Award becomes the seventh of a group of fiction awards handled by the Society and those are the focus of the recent ceremony we reported on, presenting this year’s winners at Southwark Cathedral.

In a Q&A posted by the Society with Allan, he’s asked what he thinks makes a good children’s book.

“An idea that no one has thought of before,” he answers, “or linking of disparate ideas, but one that will provoke children’s interest.

“Then, the quickest way of expressing it in pictures and/or words.

“If there are several ways, I use Okkam’s Razor. Sometimes a picture works without words, other times it’s the other way around. It’s whatever works best for the story.”

More from Publishing Perspectives about children’s books is here, about illustration is here, and about publishing and book awards programs is here.