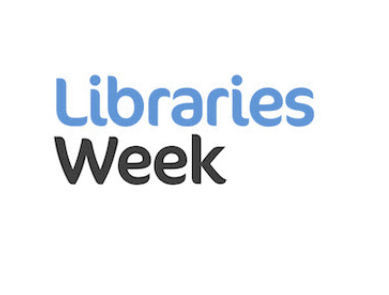 Both the United States-based Rakuten OverDrive and the UK-based Nielsen Book are partners for London’s CILIP in Libraries Week 2019.

CILIP’S Libraries Week runs October 7 to 12 this year in the UK. Image: CILIP

Tthe name of the association in the UK called CILIP stands for “Chartered Institute of Library and Information Professionals,” as chartered by the crown in 1898.

The organization was rebranded “CILIP: The Library and Information Association” in 2017.

It’s essentially a librarians’ organization, headquartered in London’s Ridgemont Street, registered as a charity, and today (July 17) announcing two new partnerships, both related to the coming October 7 to 12 Libraries Week.

One partnership is with the American library distribution company Rakuten OverDrive, and the news is that OverDrive will be a sponsor of Libraries Week.

In a prepared statement, OverDrive’s UK country manager Paul Davighi, is quoted, saying, “This year, Libraries Week will explore how digital technology can expand and enhance the library experience, increasing literacy and access for all. …This is our core mission as well.”

And CILIP chief Nick Poole speaks of the organization’s satisfaction “to be supported by Rakuten OverDrive, [which is] helping libraries to expand their digital reach and engagement and connecting library users with a range of digital content.”

The second partnership being announced today is with UK-based Nielsen Book and runs for two years, embracing both Libraries Week and CILIP’s “Building a Nation of Readers” campaign.

In announcing this one, CILIP says that it and Nielsen “will collaborate on their common vision of a sustainable library, book and ebook ecosystem, promoting readership and diversity for all ages.”

In this case, we hear from Jo Shaw, sales director for book discovery and commerce solutions with Nielsen, who’s quoted saying that the partnership will be “continuing to build on the close working relationship we’ve enjoyed for many years” and commending CILIP’s work as being “hugely important to us.”

CILIP’s Poole in this case says that with Nielsen’s help, “We are working with stakeholders across the book trade to support a vibrant and diverse community of readers, publishers, librarians and traders. Through Nielsen’s continued support of Libraries Week we’re able to deliver enhanced advocacy and political support on a local and national level, working with politicians, key library stakeholders, library staff, and supporters to promote the essential work of the sector and the role they play at the heart of the communities they serve.”

Public libraries in the United Kingdom, of course, have been under enormous pressure, Sian Cain reporting for The Guardian in December that last year “Almost 130 public libraries [were] closed in Britain, while an extra 3,000 volunteers [were] brought in to run remaining services, as the decade’s austerity pressures saw local authorities continuing to apply swingeing cuts to budgets.” (Swingeing is a word used mainly in British English to mean very large, whopping.)

Cain was drawing on an annual survey of British libraries from the Chartered Institute of Public Finance and Accountancy (CIPFA), writing, “Over the last year, spending on libraries by local authorities fell by £30 million to £741 million (US$37.2 million to US$919.6 million).

“There was a net loss of 127 public libraries in England, Wales and Scotland, while 712 full-time employees lost or left their jobs and volunteer numbers increased by 3,000, to 51,394.”

Libraries Week is organized by CILIP to bring attention to the work of libraries and their personnel in society, and this year “will focus on how libraries are engaging communities through technology, building digital skills and confidence, and encouraging digital participation and inclusion,” per messaging to the news media from CILIP.

You can follow news about the UK’s Libraries Week at the hashtag #LibrariesWeek . A drive called Libraries Deliver is under way to build a network of support for the UK’s libraries. More about that effort is here,

More from Publishing Perspectives on the UK market is here, and more from us on libraries is here.