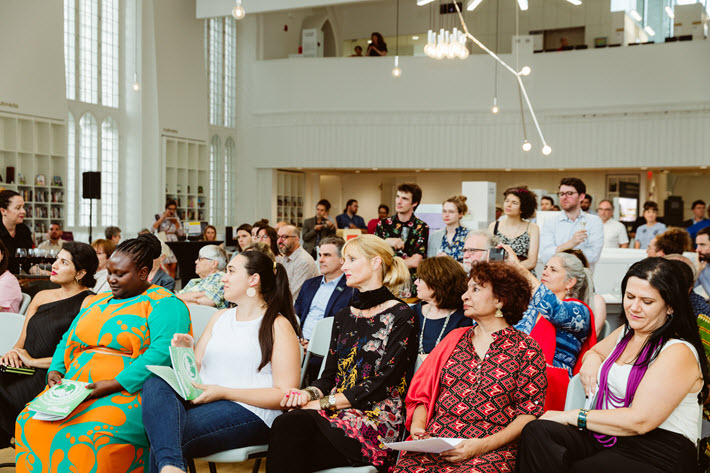 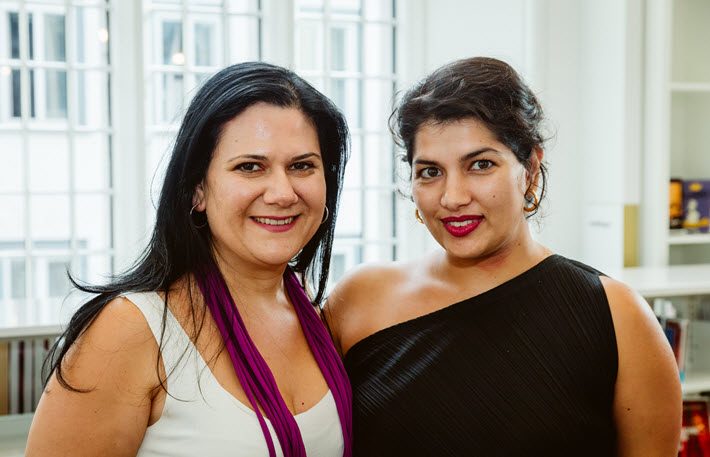 Soteriou: ‘The Perspectives of Women’

As Publishing Perspectives readers will remember, the annual Commonwealth Short Story Prize program operates a five-region international short story competition in which the regional winners receive £2,500 (US$3,117) and the overall winner receives £5,000 (US$6,234).

Tonight (July 9) at a ceremony at Maison de la littérature in Québec City, Cyprus’ Constantia Soteriou has been named the overall winner of the 2019 edition of the prize for her story, “Death Customs,” about Cypriot mothers and wives who weren’t told their loved ones had been killed in the 1974 coup and Turkish occupation.

The winning story, submitted in Greek, was translated for the prize by Nicosia-based translator and cultural critic Lina Protopapa. This is the first time a translation as taken the overall Commonwealth Prize. Soteriou is a native of Nicosia, born in the year after the conflict on the divided island, 1975.

Her first novel, Aishe Goes on Vacation (Patakis, 2015), was given the Athens Prize for Literature. Her second book, Voices Made of Soil (Patakis, 2017), was shortlisted for the Cyprus Literature Awards. She’s also a playwright whose work has been written for the Cyprus Theatre Organization and other companies.

In his commentary about the winning work, the chair of this  year’s jury, author Caryl Phillips, said, “‘Death Customs’ is a remarkable short story that manages to be both personal–following, as it does, the painful narrative of a woman who has lost her son–and deeply political, in that it charts the division of a land as it topples into civil war.

“We are encouraged to view the descent into bloodshed and mayhem as a domestic squabble between two brothers who can only be reconciled in death. The voices employed are beautifully resonant, and the story shifts gears, and ranges across time, with eloquence. ‘Death Customs’ is poetically intense and complex in form and subject matter, yet the story remains admirably lucid and moving, and deservedly wins the 2019 Commonwealth Short Story Prize.”

“I grew up seeing the faces of the mothers and the wives of the missing people. Women should not be victims of any war. Women are the continuation of life. I wrote this story to salute their strength.”Constantia Soteriou

For her part, Soteriou, in accepting the prize, emphasized her work’s focus on the demands made of women in wartime settings. She has been writing for eight years, she said, “about the perspectives of women on the political and historical events of Cyprus.

“This prize is a recognition for giving voice to those who did not have the chance to be heard before; those who were left behind to pick up the mess of the war.

“I grew up seeing the faces of the mothers and the wives of the missing people. Those were the real victims of the war. Women should not be victims of any war. Women are the continuation of life. I wrote this story to salute their strength.”

Soteriou had won the shortlist competition for Canada and Europe, one of five international regions of the prize’s purview. The other four winners at the shortlist level were: 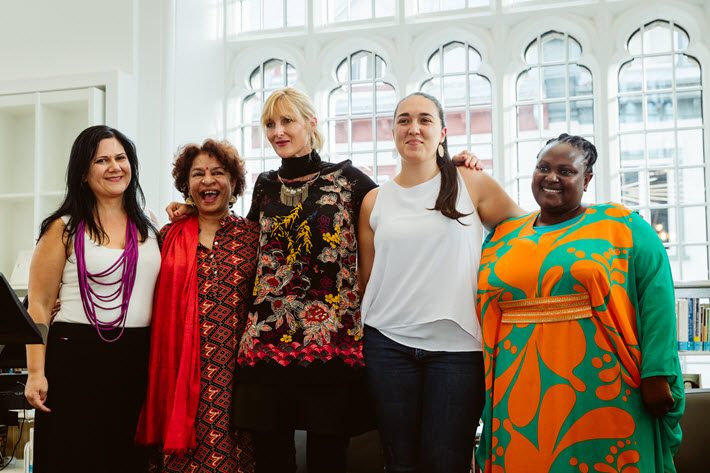 Also at the event tonight in Canada, prize organizers have announced that French will be a newly accepted language for the 2020 cycle. The prize already has a linguistically diverse stance in terms of submission languages, with entries accepted in Bengali, Chinese, English, Greek, Kiswahili, Malay, Portuguese, Samoan, Tamil and Turkish.

Shortlisted stories are published in the online magazine of Commonwealth Writers, Adda. The winning writings of the five regional winners are published online by Granta.

Vijay Krishnarayan, director-general of the foundation, spoke to the importance of this year’s winning work, saying, “Constantia Soteriou’s story, expertly translated by Lina Protopapa, is a powerful tale and a deserving winner of the 2019 short story prize. This is the first time we have ever had a translated story win. The fact this happened in the first year we opened the prize to translations from Greek suggests a vast wealth of writing around the Commonwealth that has yet to reach Anglophone audiences.”

This year’s shortlist was drawn from an initial pool of 5,081 stories submitted from 50 Commonwealth countries.

Joining Phillips on the jury were:

Submissions for the 2020 Commonwealth Short Story Prize will open on September 1. 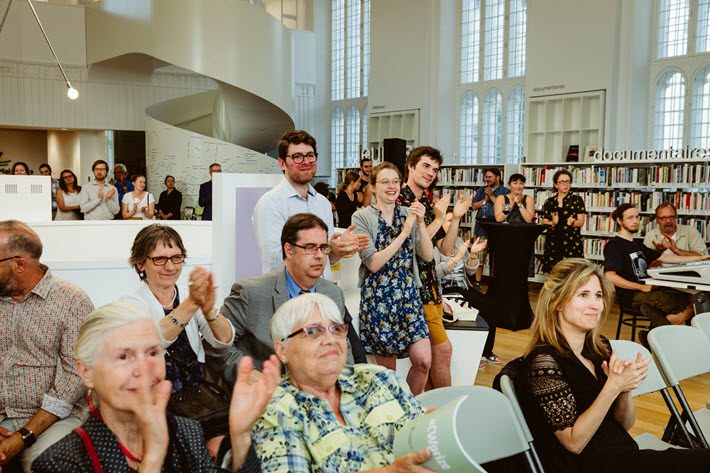