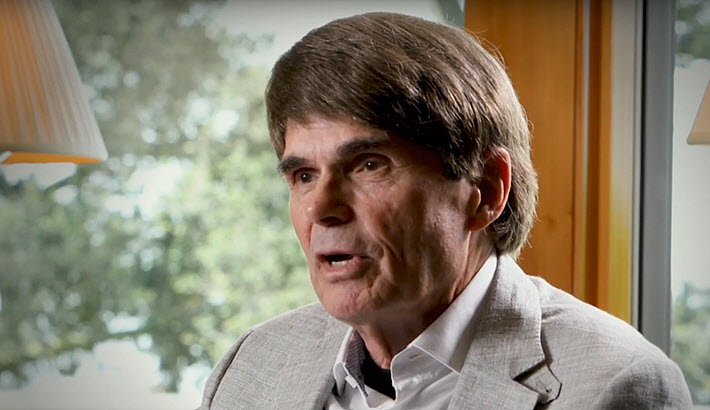 The five-book deal and a collection of Amazon Original Stories from Dean Koontz is good news for Amazon Publishing. The real suspense story: could this signal defections from major houses ahead? 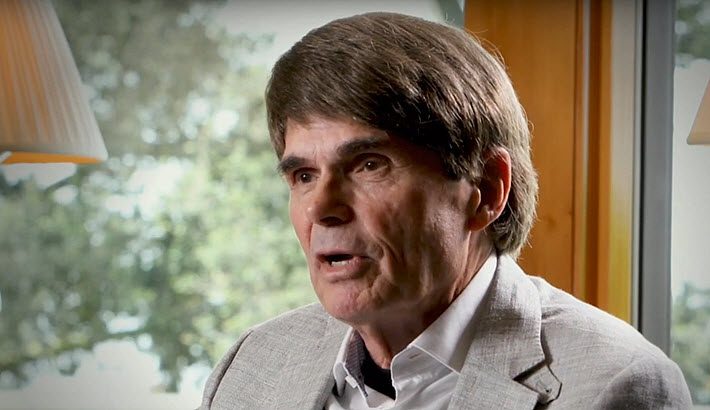 Dean Koontz: ‘Where Change Is Understood and Embraced’

In what some will see as a potential harbinger of what’s to come for big publishing and its big-brand authors, today’s (July 22) announcement of author Dean Koontz’s contracts with Amazon Publishing is compelling. This is arguably the biggest name to date to work extensively with Amazon’s trade house, an author who arrives with a long string of hits, most with major houses and imprints.

The 74-year-old Koontz is among the most reliably charting American bestselling authors, with 14 novels reportedly having gone to No. 1 on the Times’ lists and more than 500 million copies of his books said to have sold into 38 languages and territories. 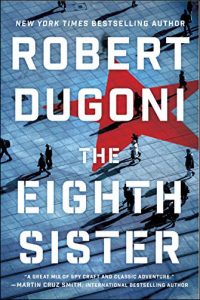 Predominantly publishing with Penguin Random House’s Bantam—since the late 1990s more than 45 releases—the suspense/thriller writer is now understood to be headed for a publication in spring 2020 of the first book in a five-title deal with Amazon Publishing’s Thomas & Mercer, a contract negotiated by Amazon Publishing editorial director Grace Doyle. That first book is to be titled Devoted.

What’s more, Koontz has a collection of short thriller stories coming to the Amazon Original Stories operation led by Julia Sommerfeld, who acquired World English rights. That suite of pieces, called Nameless, is slated to release—free to Prime and Kindle Unlimited consumers—on November 12.

In talking about earlier work published with the Lake Union imprint, he says, “I felt welcome, I felt like I had a team. They changed my life.” 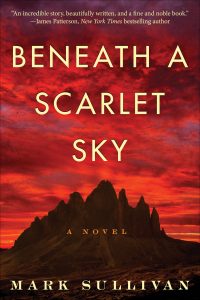 There’s also to Mark Sullivan, whose 2017 Beneath a Scarlet Sky has gone on to become one of APub’s biggest sellers, also a Lake Union release. In Publishing Perspectives’ interview with him, Sullivan said that his experience was “without a doubt, the best publishing experience of my life.” On Amazon Publishing’s home page, we read a line Sullivan said to us in that interview: “I wanted a publishing house who could put the book in as many hands as possible.”

When we interviewed Patricia Cornwell, she, too, was complimentary about the experience she had in publishing her Jack the Ripper nonfiction research work with Thomas & Mercer, and she made it clear that the “Kindle in Motion” effects used in the book were a key draw.

Another author featured on the APub home page is Cinelle Barnes of Monsoon Mansion from the Little A literary imprint.

“I needed someone who believed in the integrity of the story,” she’s quoted saying. 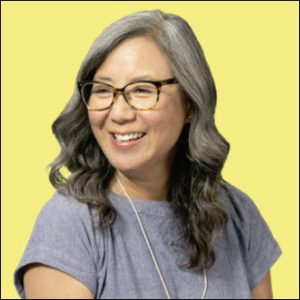 In a prepared statement, Mikyla Bruder, publisher of Amazon Publishing (our interview with her is here), is quoted today saying, “We are honored Dean has chosen Amazon Publishing to bring his newest work to readers.

“Building on the success of Dean’s Amazon Charts bestselling short story, Ricochet Joe, our first publication together, we’re excited to expand our relationship with five new books from Thomas & Mercer and an episodic collection of short thrillers from Amazon Original Stories, delivering the kind of exhilarating and deeply resonant suspense his millions of fans expect and we know new readers will love.”

As with Cornwell’s Ripper, Koontz’s Ricochet Joe had the enhancements of the Kindle in Motion tech in play. 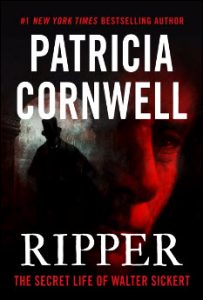 And in a quote provided by Seattle, Koontz today says, “For many years, I’ve enjoyed a wonderful relationship with Brilliance Audio, an Amazon company, and later with Amazon Original Stories.

“Although there were numerous options for the future, it was most natural to sign with the team at Amazon Publishing, which presented a marketing and publicity plan smarter and more ambitious than anything I’d ever seen before. This new arrangement is so exciting, I’ve been creatively rejuvenated.

“The times are changing, and it’s invigorating to be where change is understood and embraced.”

And what trade industry players must now assess is just how much those times are changing. How likely is it that more leading authors may move to the retail powerhouse’s publishing company?

In her article today at Publishers Weekly, Rachel Deahl writes, “The deal follows a string of agreements Amazon Publishing has struck with bestselling authors recently; in 2018 alone, Thomas & Mercer inked multi-book, seven-figure deals with Barry Eisler, T.R. Ragan and Robert Dugoni. Other top authors to come aboard include Sylvia Day and Patricia Cornwell.”

Today: More US Book Sales Online Than in Physical Stores

In 2012, when Tim Ferriss had elected to go to Amazon with his The 4-Hour Chef, David Streitfeld at The New York Times wrote, “The official publication date is Tuesday, but don’t look for the book in Barnes & Noble or in many of the country’s independent stores. They don’t want to carry anything that will help the mighty Amazon extend its dominance. Instead, you could have seen the book Monday — even before it was officially on sale — in four Panera Bread outlets in Manhattan. Panera is doing a marketing deal with Mr. Ferriss.”

“This new arrangement is so exciting, I’ve been creatively rejuvenated. The times are changing, and it’s invigorating to be where change is understood and embraced.”Dean Koontz

Less than six years since that story, keep in mind that the point of sale for books has continued shifting to online retail. Do authors need to worry as much now as they once did about resistance from some brick-and-mortar stores to Amazon Publishing titles?

And today, a statement from Richard Pine and Kimberly Witherspoon at InkWell Management says, “Even when an author’s books have sold over 500 million copies, there are new horizons to explore and readers who haven’t yet discovered his work. Dean is at the peak of his storytelling powers and Amazon has committed to a highly ambitious and creative publishing plan that’s certain to delight his existing fans and create millions of new ones.” 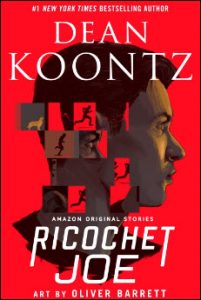 Koontz is also represented by Richard Heller of Frankfurt Kurnit Klein & Selz, and, as a full listing of books proves, the author is remarkably prolific, showing as many as nine titles released in a single year (1972), including those written under pen names.

Promotional copy about the coming Kindle and Audible publications of the Nameless collection’s six short thrillers says that they tell the story of “a mysterious amnesiac vigilante called Nameless, who travels from town to town dispensing justice when the law fails.” He’s directed “by a shadowy, powerful organization and driven by splintered visions of the past and future, headed toward the ultimate confrontation—with his own past.”

The first book in the Thomas & Mercer deal, Devoted, introduces Megan Bookman, “an artist and widow whose every adversity has made her stronger, a golden retriever named Kipp—one of a community of self-aware, strangely gifted dogs living secretly among us—and Megan’s son Woody, a brilliant but unspeaking autistic boy who seeks vengeance against his father’s killers.”

The promotional video embedded below is produced by Amazon Publishing and features Dean Koontz talking about his Amazon Original Stories collection and the first volume of his five book deal with Thomas & Mercer.

More from Publishing Perspectives on Amazon Publishing is here, and more from us on Penguin Random House is here.