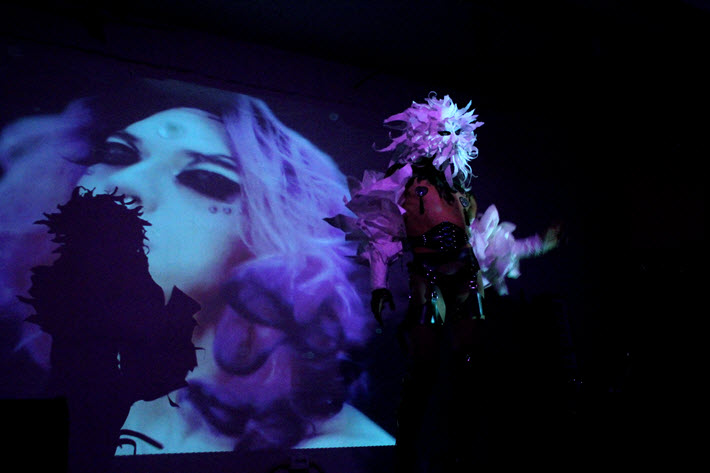 A thematic curation this month: ‘Words Without Borders’ brings together translations from Korean, Chinese, Icelandic, French, and more, all on topics relative to sexuality and identity. 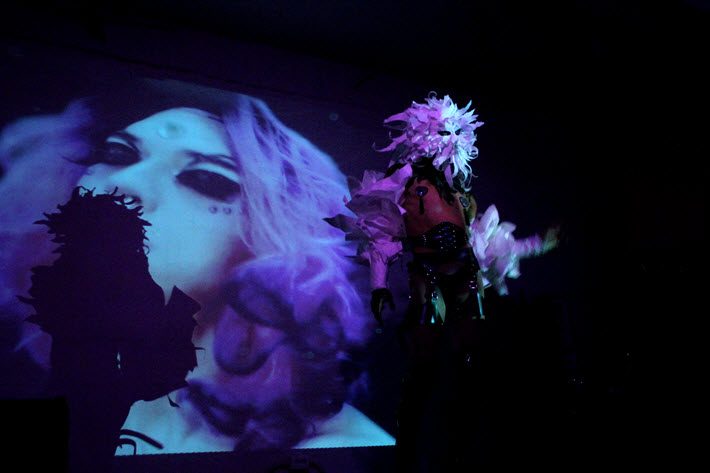 The focus of Words Without Borders‘ June edition is aligned with international observations of gay pride, and its its 10th annual “queer issue”—rather than a collection of translation from one culture or language, the theme is the unifier and the six translated writers come from as many languages: Italian, Spanish, French, Chinese, Icelandic, and Montenegrin. Writer Lu Min of China and Kári Tulinius of Iceland are translated into English for the first time here.

In these works, LGBTQ characters “explore the search for success in love and work, negotiate complex sexual and social currents, and grapple with passion and obsession” as the editorial team describes the issue.

You’ll find that the edition offers you two excerpts from novels, and four short stories.

The genesis of this June focus on gay writings in translation is explained by Words Without Borders‘ editorial director, Susan Harris, in her cleverly titled introduction, “The Queer ‘I’.”

“Nearly a decade ago,” Harris writes, “our former editor Rohan Kamicheril planned an issue of queer writing. The issue proved so popular, and so reflective of our editorial vision, that we decided to make it an annual event.

“You’ll find queer writing at WWB throughout the year, but our June issues have provided a space to bring this multiplicity of voices into conversation with each other and with readers.”

And in a helpful bit of current-affairs context, Harris notes, “We find ourselves in increasingly larger company in this than when our first ‘Queer Issue’ came out in 2010: same-sex marriage is legal in the US, Ireland, and many other countries, most recently Taiwan; the Edith Windsor case has granted same-sex spouses the benefits of heterosexual couples; Iceland, Belgium, Luxembourg, Serbia, and Ireland have elected openly gay prime ministers, and an openly gay man is among the many declared candidates for the US presidency.

“Yet Brunei recently declared same-sex activity punishable by stoning; the US military now bars transgender applicants; and the self-professed homophobia of Brazil’s president, Jair Bolsonaro, stoked the atmosphere that made it necessary for our Afro-Brazilian contributor Jean Wyllys to flee for his safety.

“Come what may, rest assured we’ll still be here with stories that celebrate the queer experience in all its plurality.”

Highlights of the June Edition

The Bošković piece may be particularly close to the kind of topical range that Harris has curated for this edition, in that there may be a surprise for some in finding that a “queer issue” can be so realistically poised as to include this work in which a writer is rejected not only by his editor but by his former gay lover.

A quick excerpt is the way to best give you a feel for the breezy, tactile pitch of Firth’s translation from the Montenegrin text.

The voice is that of the writer who’s experiencing that double rejection:

“I guzzle the wine and ask him if he likes women now. He says he’s never liked men, but sometimes he feels the urge to ram it up a butt. I feel like a tawdry souvenir from a short trip.

“Nora comes in and informs us it’s snowing. That makes her euphoric, and she grins like a hyena when she mentions the almost-cooked octopus. She sits on Filip’s lap and stuffs her tongue down his trachea. He chokes and enjoys. I look toward the window, and my gaze tries to break through the curtain and spot the snowflakes while I listen to their revolting sloppy sounds. I return to the conversation about the book.

“Filip wipes the slobber from his manicured beard and takes a sip of wine. He says there’s no book, nor will there be. That’s what he’d decided, but he didn’t have the courage to tell me. I ask for an explanation.”

The PEN America archive program is also offering relevant material this month in a collection that brings together interviews, poetry, and readings. Scroll down on the page to find the content brought together, including sound from Edmund White in his 2017 commentary at the PEN World Voices Festival and a collection of recommended reading.

More from Publishing Perspectives on ‘Words Without Borders’ is here, more from us on translation is here.