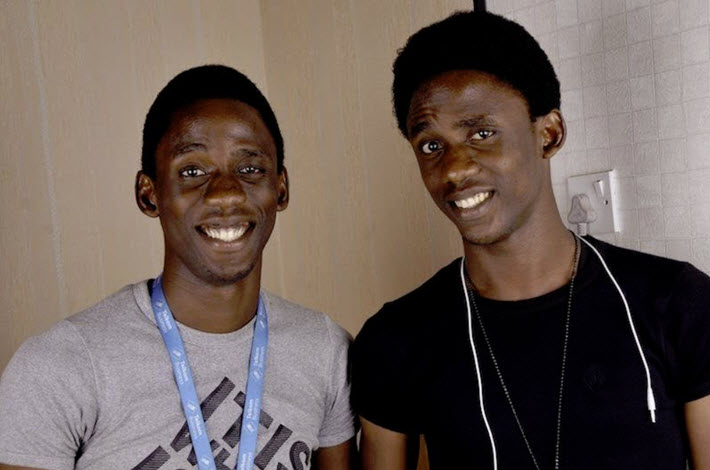 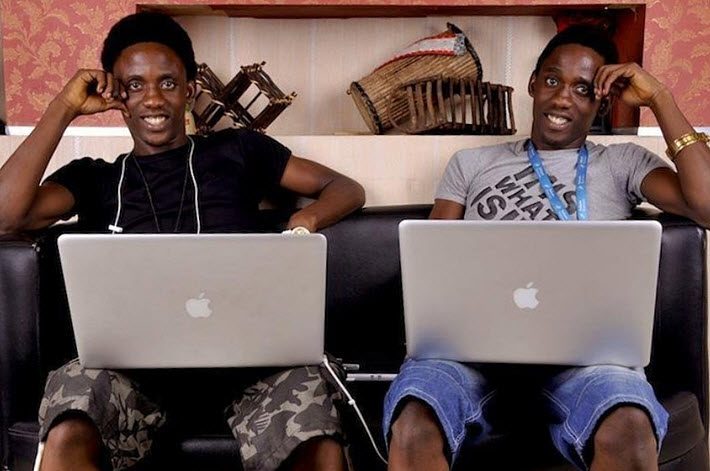 Chidi Nwaogu, left, and his twin Chika are the co-founders of Nigeria’s Publiseer, a platform for both authors and musical artists to use in publishing books and music. Image: Publiseer

Chidi and Chika Nwaogu of Nigeria are the co-founders of a publishing platform with a unique character: Publiseer is for authors and for musical artists.

But despite initial appearances, you’re about to hear Chidi Nwaogu tell you why Publiseer is not a self-publishing platform, although like many programs its evenue-sharing model kicks in when content is sold. When a book sells, for example, the split is 25 percent to the author, 50 percent ot the retailer, and 25 percent to Publiseer. And optional packages include “fast-track publishing” for 3,600 Nigerian naira (US$9.99), a dedicated press release and its distribution for 36,000 naira (US$99.94), a marketing plan for 10,000 naira (US$27.76), and a site online for your book for 15,000 naira (US$41.64).

The panel in Nairobi on which the brothers will speak will be moderated by Okechukwu Ofili, CEO of Okaabooks in Nigeria. And panelists joining the Nwaogus include Gersy Ifeany Ejimofo, founder of Digitalback Books in the UK; Harry Hare, chair and CIO with East Africa in Kenya; and Dorcas Wepukhulu who coordinates the African Storybook program for the South African Institute for Distance Education in Kenya.

What’s at issue in the conversation is the question of where and how emerging markets are being surfaced in African publishing today. A part of the premise of the program is that “digital transformation is allowing these developing publishing markets to leapfrog into the future,” something that a combination book-and-music platform’s creators surely know something about.

In terms of the division of interests at Publiseer, Chidi Nwaogu is a serial software entrepreneur, writer, publisher, and computer programmer. He and his brother—they’re now 29 years old—have created and sold two companies in the last 10 years. One of them was PRAYHoUSe, which delivers prayers and articles to subscribers. Chidi serves as the co-founding CEO of Publiseer.

Chika Nwaogu is the team member close to the musical side and serves as CTO at Publiseer. One of his and his brother’s successes has been LAGbook, a social media network that was developed during the brothers’ university days as a kind of directory of students–the interest of Facebook’s original evocation, of course. Chika is a gospel recording artist and a songwriter.

‘A Chance To Compete in the Global Market’

In our interview with Chidi Nwaogu, we started by asking him to describe for us what Publiseer does (for authors and for musical artists)–and how it is that he says it’s not a self-publishing platform. 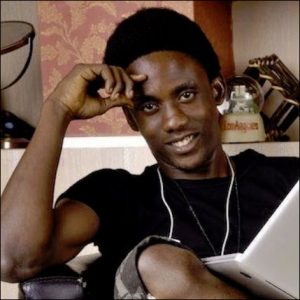 Chidi Nwoagu: Founded in August 2017, Publiseer lets independent African writers and musicians publish, protect, promote ,and monetize their creative works through more than 400 partner stores in 100 countries, at no charge and with a single click.

Our partner stores include Amazon, Google Play, the Apple Store, Barnes & Noble, Spotify, Kobo and Deezer. Our users can monitor their performance across all stores using our centralized dashboard. When a unit of any work–book, audiobook, song, music video, and short or feature film—is sold, Publiseer shares in the revenue generated from sales.

Publiseer isn’t a self-publishing platform, and here’s why: we don’t publish every work sent to us. We review every submission, accepting or declining.

If we accept, we contact the author or artist who sent the work to us, notifying him or her of our decision. Then, we proceed to provide what we term “the best publishing experience possible.”

By contrast, purely self-publishing platforms publish works as they receive them, but Publiseer fine-tunes the works submitted to us, at no charge, to industry standards so that our creatives have a chance to compete in the global market. We edit and format books sent to us, creating beautiful and professional book covers that make our books stand out, and these foster sales.

Also, we re-master songs before publishing them, giving them beautiful artwork that attracts new listeners.

We want to maintain an excellent standard as we continue to promote the amazing creativity and beautiful heritage of the African people to the world through written words (via books and spoken words via music.

Publishing Perspectives: Did the creative work that one or both of you are doing prompt your establishment of Publiseer? Where do your individual talents intersect with the creation of the company? 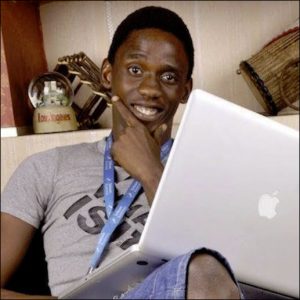 CN: After selling our second startup company, PRAYHoUSe, Chika and I decided to take a break from Internet entrepreneurship, and pursue other dreams.

I wanted to be a published author, and my twin pursued a career as a recording artist. I wrote a novel titled Odd Family Out, and my twin recorded a studio album titled Higher, and now it was time to monetize our hard work.

Chika heard of a music aggregator based in the United States and decided to distribute his studio album with them. They requested a distribution fee of US$99, and he paid immediately. After all, he’d just sold his second startup company, but that isn’t the case for many upcoming artists in Africa. He started a social media campaign to raise awareness for his album, and within a month, he had sales of more than US$1,200. Now, it was time to receive payment, and that’s where the problem came in.

The music aggregator primarily pays royalties via PayPal, and in Nigeria and many African countries, we cannot receive money via PayPal, but can only send money, so that payment method was out of the picture. So he had to fall back to the only payment method left and that was check payment even though he knew it would take two weeks to receive the check and another three weeks to get the money into his bank account. However, after two months, the check never came, so he reached out to Tunecore to know ask what’s causing the delay. That’s when he was told that he had taken the money.

“We can share our business model with others, but never our strategy. Our strategy is the secret sauce that differentiates us from the rest.”Chidi Nwoagu, Publiseer

It was discovered that someone in Oslo had used a fake ID to take his money, and Chika was heartbroken. He had to take down his album from Tunecore and look for local means of monetization.

About a year later, he said to me, “Chidi, a lot of independent African musicians have gone through what I went through trying to monetize music internationally. And I think we should solve this problem for every African creative out there, including ourselves.”

And that was when the idea was born: a digital content distribution platform tailored for African creatives. On August 4, two years ago, we launched Publiseer as a digital content distribution platform that lets independent African writers and musicians–typically from low-income communities–distribute, promote, protect, and monetize their creative works. Our creatives receive their royalties via local bank payments with no transaction fee, thus making monetization convenient and risk-free.

PP: At Publiseer, which is the leading side of the business, music or books?

CN: At the moment, music is leading and accounts for about 70 percent of our revenue. We have 1,411 artists and 712 authors, with 782 books and 3,046 [music] tracks. So you can see that music has twice the figures for books.

PP: Have you had interest from others in book publishing about what you’re doing? Have any publishers approached you to see how you’ve created the platform or looking to buy it?

CN: We haven’t heard publishers wanting to buy into the company, but we’ve had a lot of publishers and book platforms trying to forge partnerships with us, to either distribute their books through our platform or get our titles published on their platforms.

We have non-publishers trying to discover how we’ve created our platform from the ground up to profitability in such as a short time. But the truth is that there’s a difference between a business model and a business strategy. We can share our model with others, but never our strategy. Our strategy is the secret sauce that differentiates us from the rest.

PP: How receptive do you find that other parts of the publishing industry are to you and Publiseer? Does the publishing establishment see you as interesting and the future or as a threat?

PP: And in terms of the panel at Nairobi about emerging markets in Africa, what will be your main three points to the audience at the seminar?

CN: Here they are:

More from Publishing Perspectives on the International Publishers Association is here, more from us on its ‘Africa Rising’ Nairobi seminar is here, and on African publishing markets and issues is here.