Supporting his new novel ‘Knife’ featuring Harry Hole, Jo Nesbø’s presence at Frankfurt will be a highlight of the fair’s Norway Guest of Honor year, and is part of the 2019 BookFest program.

‘Knife’ Releases July 9 in the States, August 27 in Germany

In a promotional video for his upcoming novel Knife (Penguin Random House, July 9), Jo Nesbø says, “I’ve been brutal to my main character before, but never this brutal.” The English translation is by Neil Smith. The UK edition is to release July 11 from Harvill Secker.

And the bestselling author Jo Nesbø will be a star player in the Frankfurter Buchmesse lineup (October 16 to 20), his appearance neatly coinciding with this year’s emphasis on the fair’s Guest of Honor Norway. Karl Ove Knausgård and Erika Fatland are scheduled to represent Norway at Buchmesse’s opening ceremony, and HRH the crown princess Mette-Marit is expected to be present, as well.

Jo Nesbø will appear as part of the fair’s BookFest program, which involves the city of Frankfurt in many of the offerings and dynamics of Buchmesse week. 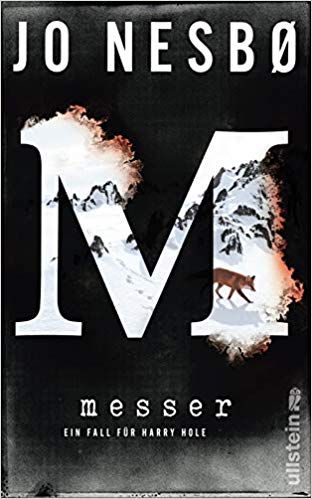 Onstage at Messe Frankfurt’s Congress Center at 8 p.m. on October 17 (the Thursday of Frankfurt week), Nesbø’s presentation will be moderated by hr2 host Alf Mentzer. During the evening, a former star of the German television crime series Tatort, Oliver Mommsen, will deliver a reading from the German edition of the book, Messer, which is scheduled for release August 27 from Ullstein Buchverlag in a translation by Günther Frauenlob.

Depending on your source, Nesbø’s books are listed as selling between 20 million and 40 million copies, and Knife is the 12th in the Harry Hole detective series. 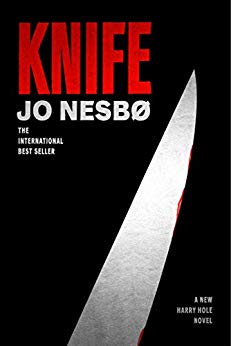 Nesbø’s appearance is being coordinated with the support of  hr2 Kultur, Ullstein Buchverlage, Hugendubel, and the Guest of Honor Norway program, while Frankfurt’s BookFest 2019 is the second iteration of the multi-located festival.

It features readings, concerts, parties, and performances in a festival atmosphere set both in the Frankfurt Pavilion in the Messe’s Agora and at venues in many parts of the city, as well as, in this case, at the Congress Center for Nesbø.

A full listing of BookFest events is expected to be available in August here.