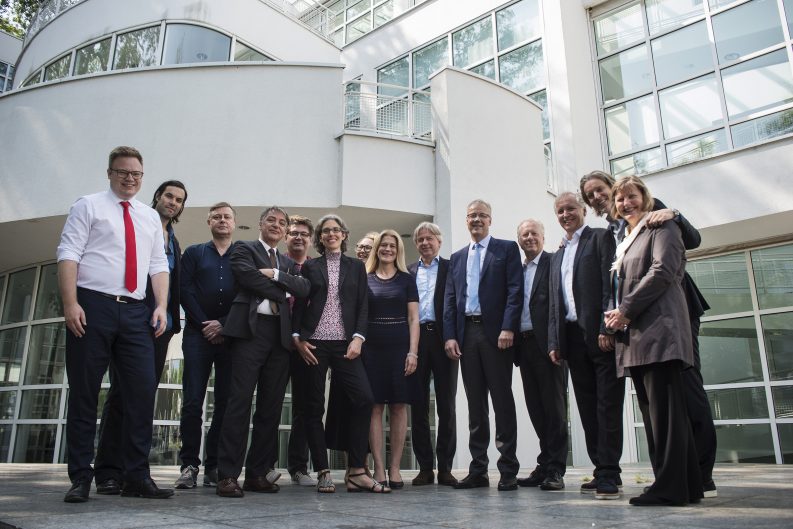 Centered in a 2,300-square-meter guest of honor pavilion at Frankfurter Buchmesse, Norway’s cultural and literary projects are coming into focus with new programming details. 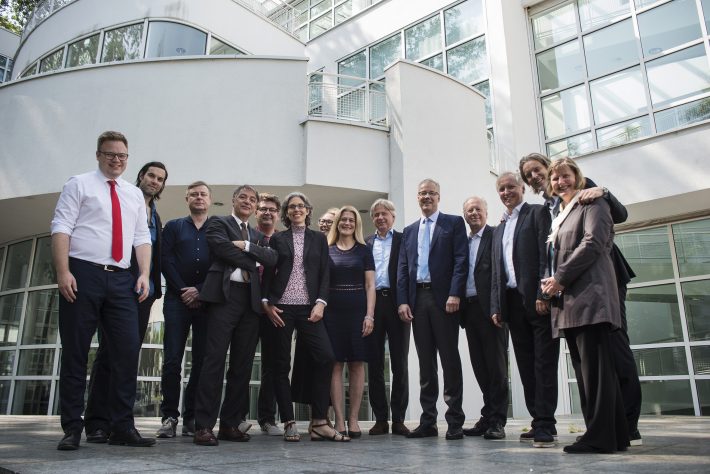 As Publishing Perspectives readers know, the slogan for the Norwegian program is “The Dream We Carry,” which is based on a poem of Olav H. Hauge.

As organizers in Oslo prepared for the news conference, the program released its overview of the pavilion program for the guest of honor focus, featuring more than 70 events involved.

“With so many Norwegian authors being translated to German in 2019,” says NORLA (Norwegian Literature Abroad) director Margit Walsø on releasing the material, “the task of putting together an engaging literary program has been an exciting and challenging one. And we are now very much looking forward to sharing the program, which we believe will win over an already highly-interested German public.”

That aim will be unmistakable as Karl Ove Knausgård and Erika Fatland speak at Buchmesse’s opening ceremony.

Knausgård, of course, leads the ranks of Norway’s best known contemporary authors. His books, including his six-volume autobiographical project Min Kamp (My Struggle), have been translated into more than 30 languages and have won multiple awards. Less well known abroad, Fatland has published several books, including Sovietistan, which won the Norwegian Booksellers’ Prize and has already been published in 10 countries. Her book Grensen (The Border) has just been published in Germany.

“Reading is being given considerable attention in Norway as a foundation for every form of democratic interaction.”Juergen Boos, Frankfurter Buchmesse

All told, more than 75 Norwegian authors are expected to be in Frankfurt during the fair, and they include Maja Lunde, Dag Solstad, Maria Parr, and Jo Nesbø in a special ticketed evening on October 17 ahead of Ullstein’s release of the German edition of his new Knife.

As Frankfurter Buchmesse president and CEO Juergen Boos said, “This year, we will get to know Norway’s vibrant literary scene, which I personally am looking forward to very much. We can learn a lot from this year’s guest of honor. Not only are authors and translations in all genres receiving ongoing support, but reading itself is being given considerable attention in Norway as a foundation for every form of democratic interaction. This is apparent not least from the privileged position that libraries enjoy in the country.

“Personally, I’m much looking forward to meeting authors like Tomas Espedal, Maja Lunde, Linn Ullmann, and Karl Ove Knausgård and to making many literary and cultural discoveries this year.”

Speaking at the news conference, in addition to Boos and Walsø, were: 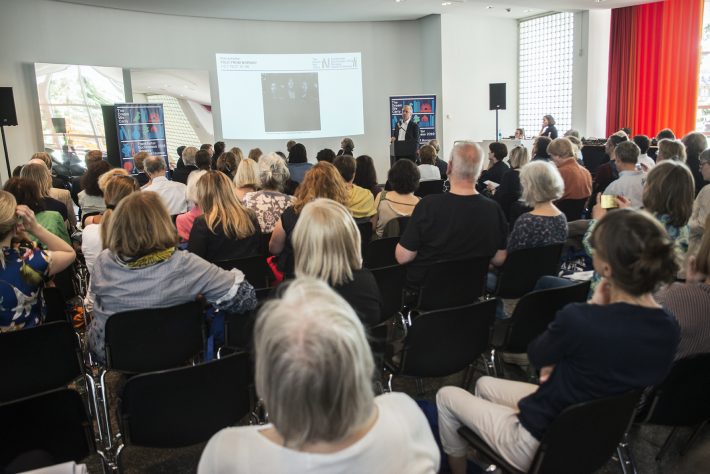 Speaking about the ambitious cultural program that’s part of the project, Margit Walsø said that its events “will surprise, excite and engage the public, and show Norway and Norwegian culture from a new angle.

“I’m looking forward to traveling across the country with some of our best authors and to getting to know German readers along the way.”Mette-Marit, Crown Princess of Norway

“The extensive cultural program we’re presenting is the result of a wonderful collaboration between German and Norwegian cultural institutions. We are also looking forward to seeing the long-lasting impact of these collaborative projects in the coming years.”

The cultural program, as is the custom in guest of honor projects, goes well beyond literature and publishing to bring to Germany a long series of events i music, film, architecture, fine art, and the performing arts. Examples of the programming include: 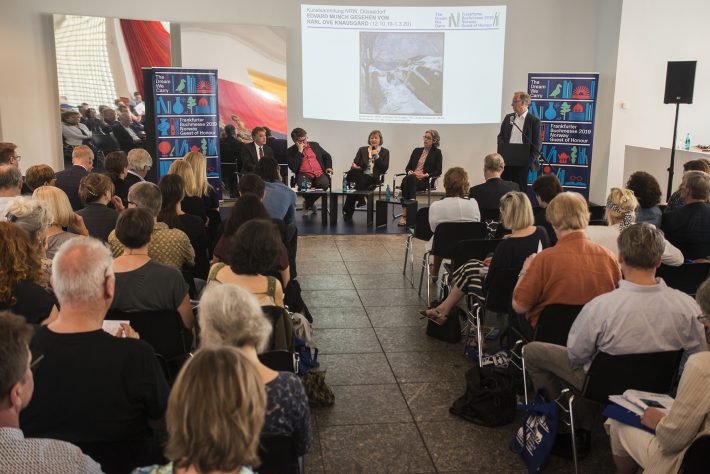 Norway’s crown princess, Mette-Marit, annually travels around her country on a “literary train” tour to libraries. This year, the train’s itinerary will leave Norway for the first time and take the crown princess to Frankfurt on a journey that’s a collaborative event shared by NORLA, the Norwegian foreign ministry, and Deutsche Bahn AG, the railway. The princess will go first to Dusseldorf and Berlin, then will board the train on its way to Cologne, where she’ll be joined by schoolchildren and authors, en route to Frankfurt.

Game for the trip, Mette-Marit is quoted, saying, “I’m proud and grateful for the unique opportunity to highlight Norwegian literature. I’m looking forward to traveling across the country with some of our best authors and to getting to know German readers along the way.

“Of course, I’m also looking forward to representing Norway at the world’s most important venue for literature and freedom of speech. Frankfurter Buchmesse is a one-of-a-kind opportunity to spread Norwegian literature to readers worldwide.”

And in his comments, the ambassador Ølberg said, “Germany and Norway have long shared a connection and mutually inspire each other through many cultural projects.

“We are like-minded neighbors with frequently coinciding political interests and values. We both believe in international cooperation, democracy, human rights, and freedom of expression.

“We’ll use the guest of honor activities at Frankfurter Buchmesse—including the literature train of Her Royal Highness the Crown Princess Mette-Marit and the broad cultural program—to deepen this partnership further.”

The 2,300-square-meter exhibition hall housing the Norway Guest of Honor Pavilion has been designed by two architectural firms, LCLA and Manthey Kula, to evoke an “imaginary geography of Norwegian literature.” The design reportedly has an area for larger events and makes use of table-like objects that are “both sculpturally abstract and narratively playful.”

That design is said to be inspired by Norwegian poems and draws on details from the interiors of famous libraries, from Louis Kahn’s study carrels in Exeter to Gunnar Asplund’s water fountain in Stockholm. The pavilion is also to include a “Books on Norway” exhibition, stages for readings, and a café.

An early look at the Guest of Honor Norway pavilion program—subject to change, this far out—is available here as a PDF.