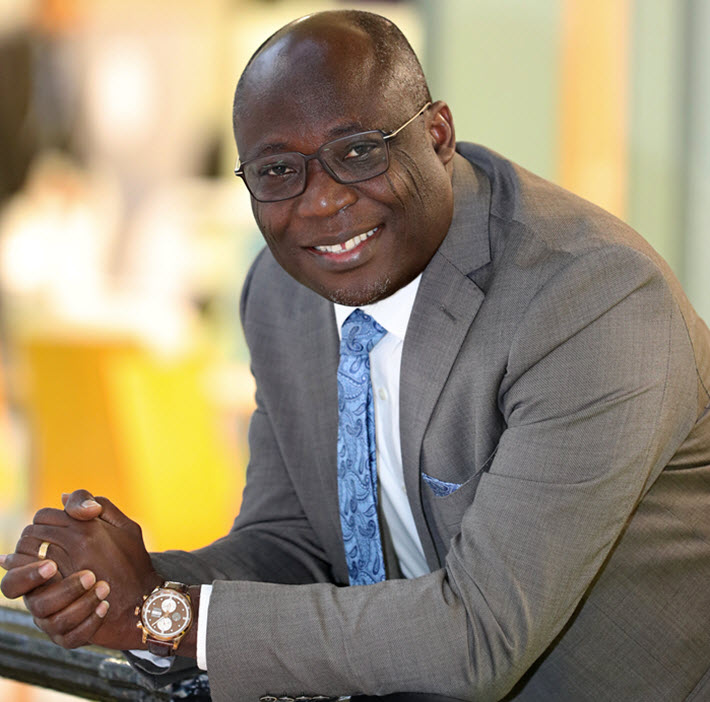 At the Nairobi IPA Africa Seminar in June, Gbadega Adedapo will lead a discussion on the ‘Lagos Action Plan’—set in motion at last year’s Nigerian seminar.

‘A Platform for Book Industry Players’

Among the outcomes of that first meeting, the Lagos Action Plan was one of the most structured and, as it turns out, productive. A working group of eight members was established for the plan, key stakeholders charged with developing and implementing a program to be sure that concrete actions came out of the 2018 event.

A driver of the plan, and the president of the Nigerian Publishers Association, Gbadega Adedapo not only led the organizational work on the ground that went into making the Lagos IPA seminar a widely praised success, but he has continued to be an avid driver of the impetus behind the action plan.

Adedapo is CEO of Rasmed Publications Ltd., and chair of the Nigerian Book Fair Trust. A member of IPA’s executive committee, he also is on the board of the Nigerian Educational Research and Development Council.

In June’s second project of the IPA’s Africa Seminars, the “Africa Rising” seminar in Nairobi, Adedapo will lead a key session on the agenda, an update on the Lagos Action Plan. Adedapo will be joined in the discussion by Lawrence Njagi, chair of the  Kenya Publishers Association; Samuel Kolawole, chair of the African Publishers Network, based in Nigeria; John O. Asein, director general of the Nigerian Copyright Commission; Ernest Oppong, based in Ghana, the acting executive director of the African Publishers Network; Anges Félix Ndakpri, president of the Ivory Coast Publishers Association; and South Africa’s Brian Wafawarowa, director of Lefa Publishing and Research Services,  and chair of the IPA’s Inclusive Publishing and Literacy Committee.

Because these seminars’ viability eventually depend largely on their follow-up, this will be a centerpiece of the program in Kenya, and we wanted to get something of a preview from Adedapo about how things have gone since that first seminar last year in Lagos.

We began by asking Adedapo how he now sees the Lagos event in retrospect.

Gbadega Adedapo: The effort channeled to making the IPA Lagos Seminar happen was borne out of the passion of IPA in carrying out its mandate of promoting and protecting the publishing industry—including providing necessary support at scale to see the industry grow exponentially irrespective of the continent.

The Lagos IPA seminar left an indelible mark already in the hearts of the key players in the industry, affirming that IPA is an association for all the continents. The seminar hosted approximately 200 delegates and guests from more than 20 countries. The event received massive support from the international and local communities, which helped us to achieve a great result. The outcome of the seminar is overwhelming, and fully met our expectations.

Publishing Perspectives: What would you say were the three key insights that came out of the Lagos seminar?

“The Lagos seminar created an avenue for stakeholders to use in networking with each other for business, promoting cross-border business relationships.”Gbadega Adedapo, Nigerian Publishers Association

GA: First, the IPA since its Lagos seminar has gained in presence and mentions in Africa. One-on-one conversations with publishers revealed that prior to Lagos, the international association’s interests had been misunderstood. The going opinion was that the IPA hadn’t been giving adequate attention to the African region. But IPA Lagos seminar was thrilling and left publishers from across Africa surprised. It erased the misconception about IPA’s level of interest in the continent.

Second, the Lagos seminar provided a platform for book industry players. They could meet and discuss challenges facing the industry in their respective countries and on the continent, while putting forward realistic solutions. The event also gave industry players an opportunity to assess their contributions to quality education delivery in Africa.

And third, the Lagos seminar created an avenue for stakeholders to use in networking with each other for business, promoting cross-border business relationships. Attendees were able to meet their counterparts face-to-face, relate in a friendly manner, share contacts and I am optimistic several positive post-seminar conversations would have ensued since we had the seminar.

PP: What can you tell us at this point about the Lagos Action Plan? How have things gone with the plan, and where does that work stand now?

“The 2018 Lagos Action Plan is meant to be a reference point for a great reformation in the African book industry and also to serve as the foundation on which other seminars can build their plans for progressive and consistent action.”Gbadega Adedapo, Nigerian Publishers Association

GA: The 2018 Lagos Action Plan—which we shorthand as “2018 LAP”—was primarily created to help document and synchronize the outcomes and recommendations from the Lagos seminar so we could track the progress made against the seminar goals and evaluate response to identified targets, which can then be assessed at future seminars.

The 2018 LAP is meant to be a reference point for a great reformation in the African book industry and also to serve as the foundation on which other seminars can build their plans for progressive and consistent action.

An eight-member committee was set up and tasked with holistically looking into the outcomes of the seminar. The committee initiated the process of developing the LAP by drafting an analytical framework, prioritizing challenges, and gaining consensus on possible solutions, the bulk of which were suggested during the course of the seminar. A consultant is currently being engaged to draft the action plan as well as soliciting stakeholder input to ensure validation and buy-in by the wider publishing ecosystem in Africa.

A survey was sent to the national publishers’ associations in the African regions, asking them to rank a list of challenges shared at Lagos, indicating to us where they see each challenge in their respective countries’ priorities. About 17 national associations responded. The responses were analyzed and we decided on three top priority areas:

These three streamlined challenges, then, are being aggressively worked on by IPA, along with a progress report on the Lagos Action Plan for presentation at the upcoming IPA seminar in Nairobi.