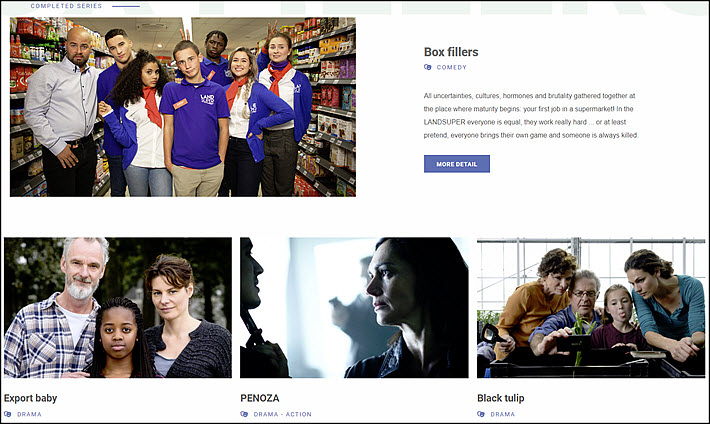 The 18-year-old Amsterdam-based production house NL Film is the latest to form a new partnership in Europe with Wattpad Studios for the development of platform-sourced writings for screens. 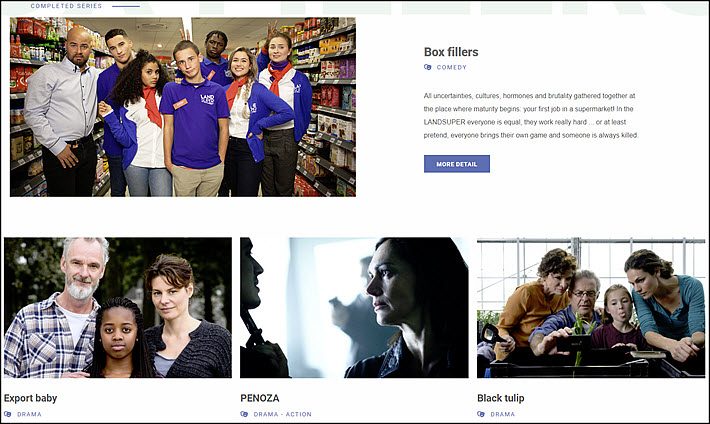 ‘To Highlight Our Dutch-Language Writers’

The book-to-screen juggernaut Wattpad Studios is rolling again, with the announcement today (June 20) of a new partnership with Kaja Wolffers’ NL Film, the wide-ranging production company seated in Amsterdam.

As Publishing Perspectives readers know, April was a particularly big month for these announcements, as the Toronto-based platform added:

After taking a breath in May, the company now is getting in some new announcements before the end of June.

Today’s newly named Dutch-language liaison means that NL Film, which is owned by EndemolShine Nederland, will get exclusive first-look rights to content from Wattpad in Dutch. As in most of the platform’s partnerships, the focus is on YA literature deemed ready for screen development.

NL Film, founded in 2001, is known for producing Floor Rules, Netflix’s The Resistance Banker, and The Menten Case, in addition to a lot of titles not as well known in the English-language world.

The company will work with Wattpad to adapt new projects from the platform, as other production partnerships do, leveraging specific interests with Wattpad’s content-search algorithms (which Wattpad branding calls its “Story DNA Machine Learning technology”). The system, of course, also can track and quantify such metrics as reader sentiment, feedback, story interactions, and other data-backed views on a given piece of work, the kind of data-parsing that companies like Trajectory in Boston have been doing for years, Trajectory for its cataloging of books for the Chinese market. It turns out that a similar machine-parsing approach can bring to light the factors a publisher or producer like NL Film is looking for.

The edge for producers, beyond the sheer depth of content Wattpad has amassed, is that the work is being produced primarily by the generational writers of the desired audience—millennials and younger, overwhelmingly female. And when carefully developed with strong messaging to the Wattpad community, a film or work of television can roll onto screens with a huge waiting fan base developed in millions of reads of the original texts on the platform.

What’s really meant by such phrases as “data-backed decisions” on content for development is proven audience interest: if the Wattpadians in their millions are reading and following a work on the platform–and that’s part of what that “Story DNA” tells Wattpad’s team–that’s a good sign that someone will show up at the box office or on their Roku box looking for the title when it’s known that the screen adaptation is ready.

Kaja Wolffers, creative director of NL Film is quoted in today’s announcement, saying in a prepared statement, “NL Film is committed to bringing the best and most suited content to viewers and does that by understanding its audience’s needs.

“This deal with Wattpad helps us to continue to deliver engaging drama and find fresh and new perspectives. Wattpad reaches audiences that can’t be reached with standard media. The insight we get from the feedback and interaction data of their users is very informative and valuable for the development of new projects.”

And Wattpad Studios chief Aron Levitz says, “Entertainment companies around the world are increasingly looking to data and technology to help identify new voices, and then make data-backed decisions during development.

“Wattpad’s global community offers an untapped pool of talent, and we’re excited to partner with NL Film to highlight our Dutch-language writers, giving them an opportunity to see their stories brought to life on the screen.”

Leveraging the Languages of Wattpad

Wattpad’s 50-language breadth is paying off in its ability to rapidly add new markets’ and regions’ key producers as partners in getting work developed for screen. Note, for example, that while Eugene Gerden’s story from Moscow earlier today (June 20) was about Russian publishers looking into online serialization, Wattpad already is there with some 1.2 million stories uploaded in Russian. (You can see them in their original Russian if you set your language preference to Russian in your Wattpad account.)

Here’s a showreel from NL Film that offers a jazzy pastiche of images from the company’s output. Subtitles are in English.