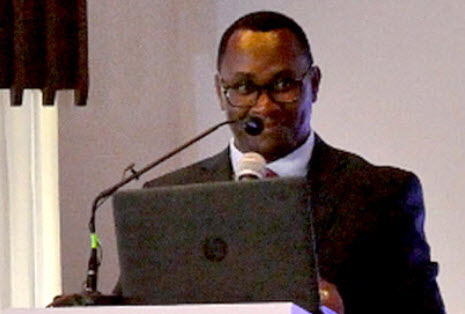 In a warm welcome to the ‘Africa Rising’ conference delegates in Nairobi, Kenya Publishers Association chair Lawrence Njagi warns that without more indigenous-language publishing, children could face losing some of their linguistic identity. 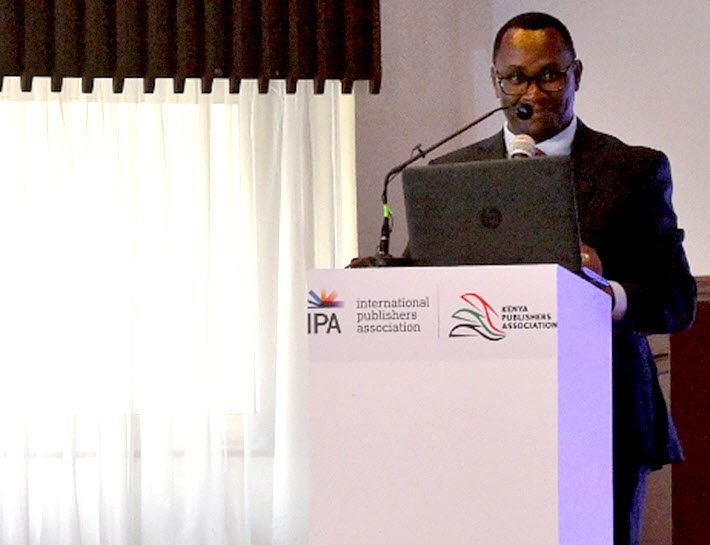 As the International Publishers Association‘s (IPA)’s “Africa Rising” seminar opens here today (June 14) in Nairobi, the chair of the host organization, the Kenya Publishers Association, Lawrence Njagi, has made welcoming comments to the hundreds of delegates assembled in the first plenary session.

Click here to download a free copy of our special “Africa Rising” edition for delegates to the Nairobi seminar.

There’s an interview with Njagi created for Publishing Perspectives‘ special magazine created for the delegates and printed here by Modern Lithographic Kenya for the occasion.

You’re welcome to download a free copy of the magazine to engage as these delegates from many parts of the African continent and the world at large for this second of the IPA’s Africa Seminar series of annual regional events.

And we’re pleased to bring you the comments of Lawrence Njagi in opening this unique event in Kenya this morning.

Lawrence Njagi: ‘Alive to the Challenge’

Ladies and gentlemen, it is with immense pride and pleasure that I stand before you as we officially open this very important conference.

On behalf of my country Kenya and the Kenya Publishers Association, I welcome you here and hope that your stay will be fruitful and peaceful.

I say this in full recognition of the high honour, the International Publishers Association has accorded us to the extent that we play host to this very important gathering.

Being the second country to host the IPA Seminars, after Nigeria, means that we have the gigantic task of measuring up to the high standards that were set in Lagos. It also means that we have to improve on those standards, which you will all agree with me is not an easy task. We are however, alive to that challenge and we are adequately prepared to face it.

It would be remiss of me to stand here and not give you a brief history of Kenya Publishers Association (KPA). We consider ourselves lucky seeing as those who came before me had a clear vision of where they wanted to take KPA and they did exactly that.

“Today, Kenyan publishing is almost 90 per cent locally owned and has emerged as a powerhouse in this region.”Lawrence Njagi, Kenya Publishers Association

From the early 1970s, we had the likes of Dr. Henry Chakava, who is rightfully considered the father of publishing in Africa, and who is here with us today.

Dr. Chakava worked with other clear-minded visionaries like David Muita and Gacheche Waruinge, among others, to agitate for the rights of publishers and the development of education, under very strenuous circumstances.

Then, publishing in Kenya was dominated by multinationals. Dr Chakava himself was working for Heinneman. The government, through parastatals, did the bulk of educational publishing.

Not only did Chakava and company fight for inclusion, they also silently struggled to give indigenous publishers a voice.

That explains why some years down the line Dr. Chakava transformed Heinneman into East African Educational Publishers.

His ground-breaking move paved the way for Longman to turn into Longhorn and for Muita to convert Macmillan to Moran.

Today, Kenyan publishing is almost 90 per cent locally owned and has emerged as a powerhouse in this region.

“The Kenyan government has been able to make positive strides towards attaining the desired ratio of one book per pupil.”Lawrence Njagi, Kenya Publishers Association

We are also lucky to have a fair arbitrator in the form of Kenya Institute of Curriculum Development, which vets and approves all reading materials that are to be used in our schools.

That explains why the Kenyan government has been able to make positive strides towards attaining the desired ratio of one book per pupil.

Today, the Kenyan government, through the Ministry of Education, has funded the publication of close to 100 million textbooks that have been distributed to public schools, starting from Standard 7 up to Form Four.

The same formula will be replicated with the newly introduced Competency Based Curriculum, which is being implemented right from the ECDE level.

All this would not have been possible without the good working relationship we have continuously cultivated with the government. Of course, there have been hiccups here and there, but we shall continue working towards smoothening the rough edges.

The topic of attaining this ratio is among those to be put to discussion during this forum and it would be good for participants to share experiences and learn the best practices from each other.

African Languages: ‘Children Risk the Threat of Losing Their Identity’

Another topic which I consider extremely important is that of writing in African languages.

“It is worrying that some of our African languages today are faced with possible extinction, chiefly due to the onslaught of English and other Western languages.”Lawrence Njagi, Kenya Publishers Association

It is worrying that some of our African languages today are faced with possible extinction, chiefly due to the onslaught of English and other Western languages. Our African children risk the threat of losing their identity as a result of the uncritical embrace of foreign languages.

This is an issue we as publishers need to look at critically. It is only through publication and subsequent teaching in schools that these African languages will stay alive.

On that note, we’re proud to have Ngugi wa Thiong’o here with us. Ngugi has made a name internationally for championing the writing in Gikuyu and indeed other African languages.

Kenya, in the constitution that was promulgated in 2010, recognizes the need to promote local languages, which includes publication. Our publishers now have admirable catalogues of books published in local languages.

Digital Publishing, Young Professionals, and ‘the Wrath of Piracy’

I also take note of all the writers gathered here and who are drawn from all over the world. The writers as well as the young professionals are full of bright ideas, which I am confident will take African publishing to the next frontier.

“Our books continue to suffer the wrath of piracy, which now threatens to erode all the gains we have made over the years.”Lawrence Njagi, Kenya Publishers Association

And that brings me to digital publishing, a mainstay of the youth. The written word has evolved and explains how, for example, a story can be written and be instantly available on various platforms including hand held devices like smart phones and the rest.

This is the brave new world we are faced with and as publishers must be prepared to embrace, if we are to remain relevant.

Our books continue to suffer the wrath of piracy, which now threatens to erode all the gains we have made over the years.

Today, with rapid advances in technology, pirates are able to produce books that, at times look better than the originals, which is a big shame.

Gathered here today are professionals well versed in copyright issues, drawn from around the world. We hope that they shall put their heads together and come up with workable solutions to fight against the menace of piracy.

It is also good to reiterate that these IPA seminars are not mere talk shops. There is a commitment to put all the wonderful ideas, presented here, into practice.

That explains why we shall have a complete session to deliberate on the process of implementing the ideas and suggestions that were presented last year in Lagos. The same will happen to all the ideas that will be brought in here.

As I conclude, I would like to wish all participants a happy stay here and at the end of the two days. 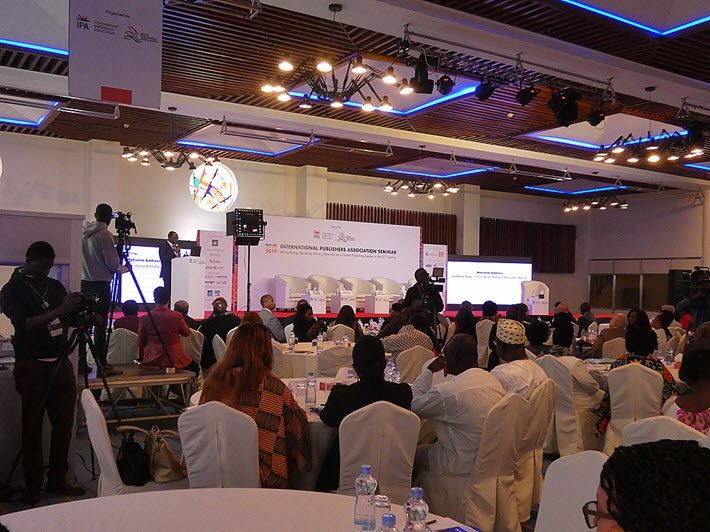 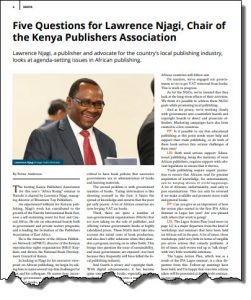