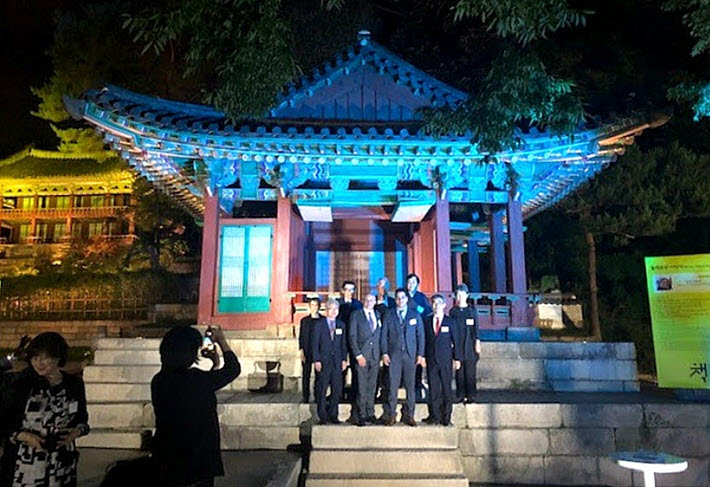 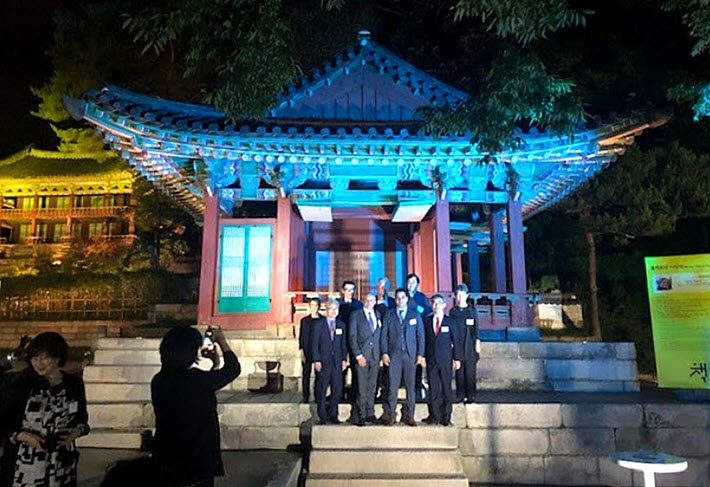 Lotfy, as Publishing Perspectives readers will recall, is imprisoned and could not attend the ceremony. The award was accepted on his behalf by his brother.

Mahmoud Lotfy brought a letter of thanks from his jailed brother Khaled. In that message, Khaled Lotfy spoke of the pain of being separated by his imprisonment from his young daughters , in part:

“This award came at a time when I needed strength, confidence, and patience to face the great ordeal I am going through, an ordeal I never expected throughout the course of our work in supporting culture and providing all that is new and valuable for readers, without any biased affiliations or political orientations.

“Our main motivation has always been and remains faith in the right to knowledge. …

“I have a lot that I could tell you about: How difficult the nights here are … The severity of loss and the sound of closing doors … I could tell you about the notes I insisted on writing, about the books that I have read here, which I had not found the time before to read and whose authors became like close friends. Many things concern me, but I will spare you that part of my ordeal.

“I thank God who made me choose the most humane profession in history, a profession which enables me to help share and spread culture, while at the same time both creating and above all raising awareness. And let me at this point borrow Voltaire’s words: Let us read, and let us dance; these two amusements will never do any harm to the world.”

In his own comments, Kahled Lotfy’s brother Mahmoud said, “On behalf of all members of my family I call on our president, his excellency Abd Al-Fattah Al-Sisi, to pardon Khaled Lotfy, because Khaled is an Egyptian young man who has worked with great dedication and success. And by doing so, his achievement has contributed to our beloved country Egypt.” 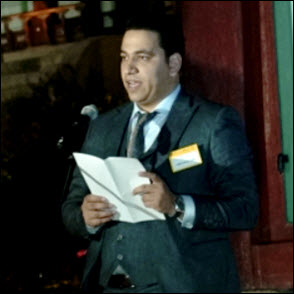 A partner with his brother in their Cairo publishing venture, Mahmoud Lotfy said, “Today, I can proudly say that we run a large network distributing Arabic books in Egypt, and we might be the top distributor in the country. We have gained the trust of most Arab publishers in the region, who have shown my brother great solidarity throughout this ordeal.”

The founder of the Cairo-based Tanmia bookshop and publishing house, Khaled Lotfy reportedly was sentenced in February to five years on charges of divulging military secrets. Allegations in the case involve an Arabic translation of The Angel: The Egyptian Spy Who Saved Israel by Uri Bar-Joseph, a book published in the United States by HarperCollins in a translation by David Hazony.

The Netflix film, The Angel (2018) in director Ariel Vromen’s production written by David Arata, is based on the Bar-Joseph book in question.

Commentary at the Prix Voltaire Ceremony

In opening remarks, Kim Myung-hwan, director of the Korean Publishers Research Institute with the Korean Publishers Association–and a member of the IPA’s freedom to publish committee, which confers the Prix Voltaire–said, “I do not think it is a coincidence that an Egyptian publisher is awarded the 2019 Voltaire Prize here in Seoul, a faraway city from Egypt.

“The international publishing community stands with Khaled Lotfy. We must also support Lotfy’s fellow publishers in Egypt so that his imprisonment does not lead to fear and self-censorship.”Kristenn Einarsson, IPA Freedom to Publish Committee

“We Korean publishers had to struggle with the previous government’s oppressive policies against authors, artists, and publishers. ‘The blacklists scandal’ was a typical example. Thanks to the Candlelight Revolution from 2016 to 2017, however, the previous president was impeached for the first time in the history of the Republic of Korea, and we are now on the road to a much more democratic society. …

“I am convinced that this ceremony for the 2019 IPA Prix Voltaire will be a turning point for Korean publishers to commit themselves to a global cooperation in protecting the freedom to publish.”

Kristenn Einarsson, the tireless chair of the IPA’s Freedom to Publish Committee, was on-hand to offer the rationale for Lotfy’s choice as this year’s laureate.

“By selecting imprisoned Egyptian publisher Khaled Lotfy for the 2019 Prix Voltaire,” he said, the world association “honors his bravery in publishing despite the risks involved.  It shows that the international publishing community stands with Khaled Lotfy. We must also support Lotfy’s fellow publishers in Egypt so that his imprisonment does not lead to fear and self-censorship in a country of such rich cultural heritage.

“The IPA Prix Voltaire, which comes with a prize of 10,000 Swiss francs [US$10,254], is made possible by generous contributions from sponsors, all of which are publishing houses and organizations that share the values that the IPA Prix Voltaire recognizes.”

Einarsson also recognized the four Prix Voltaire candidates who joined Lotfy on the shortlist, saying that each is “remarkable, working in extremely difficult circumstances to bring authors’ words and thoughts to readers.

“They have all demonstrated phenomenal courage and we are proud to recognize them in the 2019 IPA Prix Voltaire shortlist,” he said.

That shortlist, in addition to Lotfy, comprises:

And in his comments at the ceremony, IPA president Hugo Setzer, this year attending his third Prix Voltaire ceremony, said, “It is the one part of my duties at IPA that I wish I didn’t have to do. I wish that someday we were unable to award the Prix Voltaire because we couldn’t find a censored, threatened, or imprisoned publisher. But I fear it doesn’t seem possible at present. …

“What one publisher cannot say, the combined industry can. We can empower those who are willing to make sacrifices … If we fall silent, our freedoms will erode.”Hugo Setzer, IPA president

“My own country, Mexico, has been described as the deadliest country for reporters outside of a war zone. Since 2000, at least 144 journalists have been murdered, according to Mexico’s National Human Rights Commission. On top of that, our newly elected president has already threatened those in the profession.

“We must not be silent. Not all publishers will be willing to sacrifice their own freedom to inspire the freedom of others. Would you? There is no shame in that. Imagine not seeing your children or wife again.

“This is why it is vital that we stand together as a publishing community. What one publisher cannot say, the combined industry can. We can empower those who are willing to make sacrifices. By empowering them, we empower our creative communities to enable change, to strengthen our democracies.

“If we fall silent, our freedoms will erode. We need beacons of hope.”

A solidarity campaign underway on Khaled Lotfy’s behalf is ongoing, with the hashtag #متضامن_مع_خالد_لطفي

The International Publishers Association has had some video messages of solidarity for Prix Voltaire laureate Khaled Lotfy. In the video below, two colleagues–Saud Alsanousi, a novelist and journalist in Kuwait, and Ibrahim Nasrallah of Jordan and Palestine, the poet and novelist–offer their messages of support.