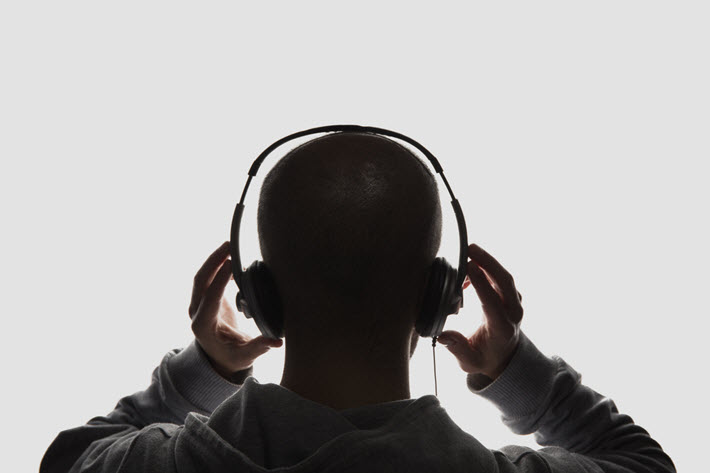 First word of programming for the new Frankfurt Audio Summit features a keynote from Spotify in Europe and plans for a multi-dimensional exhibition area in Hall 3.1. 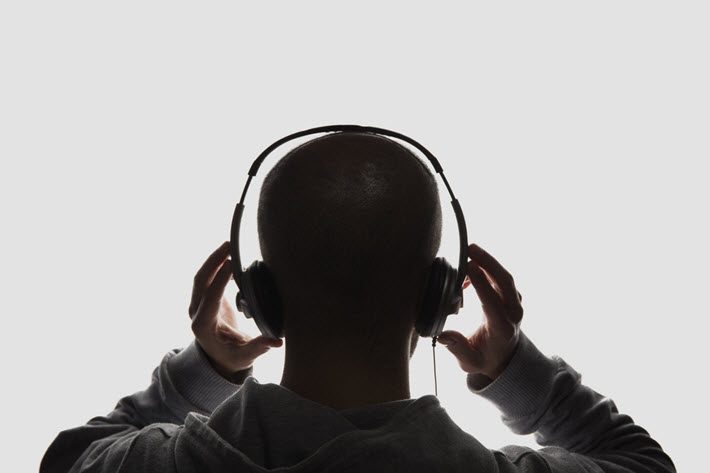 A Comprehensive Audio Showcase and Conference

In an early programming note on the new Audio Summit conference that will highlight the new Frankfurt Audio area at Frankfurter Buchmesse this year (October 16 to 20), organizers this morning (June 12) have announced that Michael Krause, Spotify’s managing director for Central Europe, will give a keynote address.

Set in Hall 3.1, the new Frankfurt Audio area is a thematically contextualized exhibition and activity sector of the book fair, with its own new stage dedicated to audio-related topics and dubbed the Frankfurt Audio Stage. 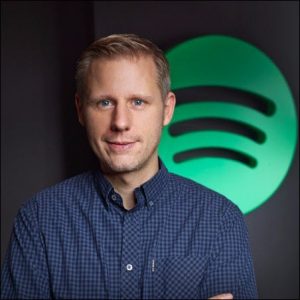 Krause will open the program, having been in his role with Spotify since October 2017, responsible for the firm’s Central European markets and for its business in the German-speaking world.

He focuses on areas of content and local partnerships, and previously, as vice-president for Central and Eastern Europe and CEO EMEA at the French music-streaming service Deezer, he was responsible for more than 100 markets.

In a prepared statement issued today, Matthäus Cygan, the director of business development for international trade at Frankfurt, is quoted, saying, “Audio is one of the media industry’s fastest-growing segments internationally, [and] not only in publishing.

“With Frankfurt Audio, we want to create a venue and program for all topics related to audio content, production and distribution. Audio is both internationally relevant and diverse: from classic audiobooks and podcasts to voice assistants and streaming platforms—there are currently new developments in all these segments.

“Interesting new formats are emerging and new technologies and business models are being developed. We want to use Frankfurt Audio to address these issues, while also serving as a catalyst for discussion and providing space for an exchange among industry players. At the book fair weekend, the new area will become a meeting point for all audiobook and podcast fans,” when the public audience for the fair comes onto the grounds. 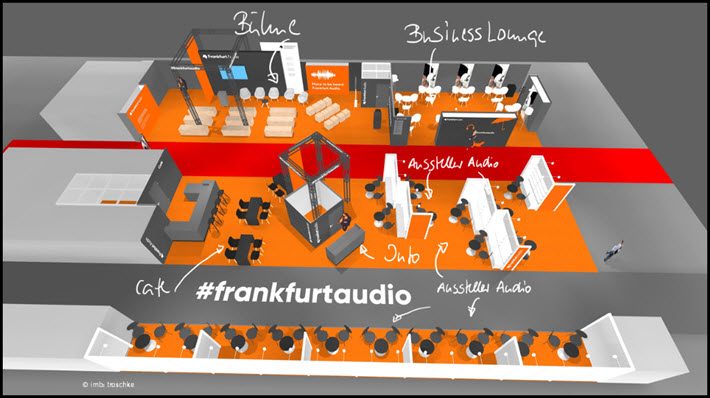 The newly designated area itself in Hall 3.1 is to comprise more than 600 square meters and will host German-language and international exhibitors who will present their products and the latest trends from the world of audio.

The new venue is to include a collective stand showcasing the work of German-language audiobook publishers as well as international players, such as:

Partners of Frankfurt Audio include Zebralution, Storytel, Bookwire, and the podcast network Auf die Ohren. Their participation will involve a mobile podcast studio as well as exhibition content. The area’s business lounge will be appropriate for meetings wth contacts in a quieter atmosphere.

Cygan says the business lounge and a cafe are part of the Frankfurt Audio plan as efforts to encourage networking among players in the audio space.