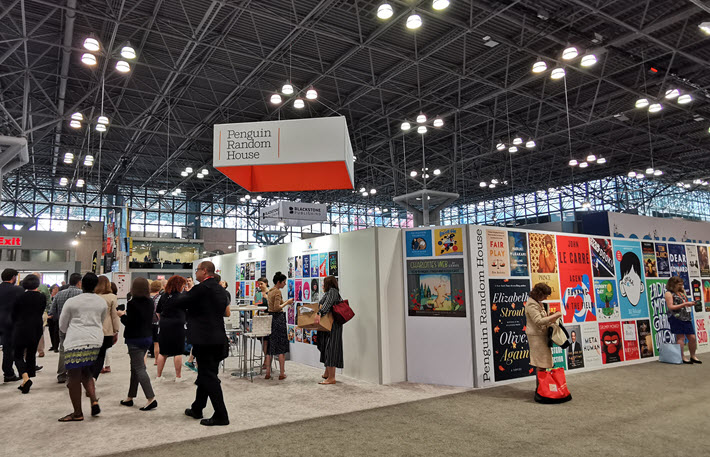 As NPD reports a slowdown in the first quarter for political nonfiction, Michael Wolff’s ‘Siege’—releasing Tuesday—comes under fire for questionable fact-checking. 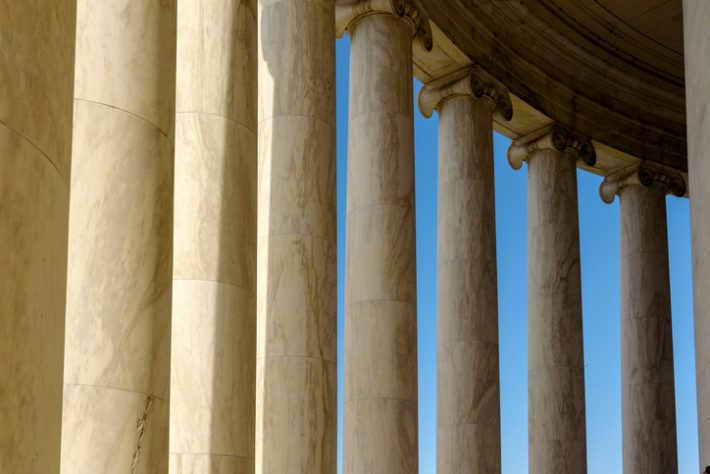 In a BookExpo with few surprises last week, one thing that some didn’t see coming was the revelation from David Walter, the NPD Group‘s executive director for client development, that sales of political books have run into a substantial slowdown in 2019.

Walter’s BookExpo session, “The State of the [US] Publishing Industry Today,” on Thursday morning (May 30) drew one of the strongest turnouts of the show.

And in some of the session’s most interesting statistics, Walter told us that 72 percent of the top 2018 political titles’ sales occurred in their first month of publication, compared to 41 percent of sales in adult fiction. But the party may be ending for the political boost. Walter’s report included a big drop in political sales in the first quarter of this year, and it’s not for lack of content:

Walter speculated that political fatigue may be contributing to the change NPD is seeing in these books’ salability, and that surely must be part of it.

There’s another potential factor here, though, and it has to do with the intersection of journalism and book publishing inherent in the sector of political nonfiction.

The example of the moment releases tomorrow, Tuesday (June 4), Michael Wolff’s Siege: Trump Under Fire, a sequel to his 2018 Fire and Fury: Inside the Trump White House, Donald Trump tried to suppress. And it remains to be seen what kind of launch that title will enjoy. What develops around that case is the fact that Siege is under something of a siege itself, before being  published, by what detractors are saying are inaccuracies in the work.

While Wolff wasn’t immune to such charges in the first book, this one includes his assertion that the special counsel, Robert Mueller, and his team had drafted an indictment of Donald Trump—something the Mueller office has categorically denied. 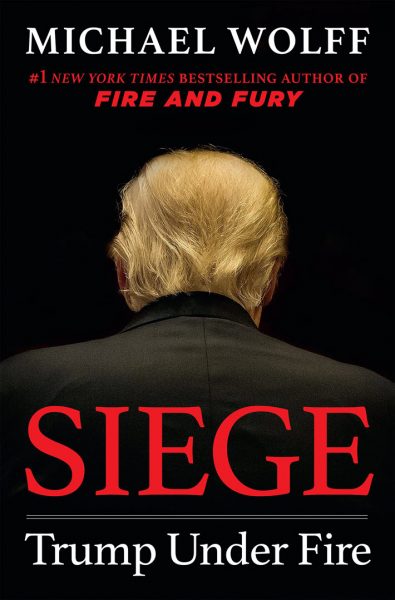 It’s becoming evident that while book publication has the luxury of much more time for preparation than a daily news medium might have, the same standards of journalistic fact-checking—or even obtaining a quote from the other side of a point—may not be in place.

CNN’s Reliable Sources with Brian Stelter, which covers the news media and their performance, devoted a segment to this on Sunday (June 2). In it, The Atlantic’s and CNN analyst Elaina Plott said, “What strikes me as strange about” Wolff’s position “is that he said he’s not ‘institutionally bound,'” as a New York Times or Washington Post writer might be.

“He doesn’t have to do that,” she said, echoing Wolff’s assertion, “as though reporters are only calling for comment because of the dictates of the institutions they work for, as opposed to it just being the ethically sound thing to do.”

And such a perceived slide in the efficacy of political nonfiction in the book market at this point may not be simply attributable to political fatigue but also to a growing mistrust among consumers of how such content is being prepared by authors and publishing houses.

The “Trump bump” has been good for nonfiction because books relating to Donald Trump and his administration have attracted attention and sales, even in some overseas markets. (At the coming International Publishers Association‘s (IPA)  “Africa Rising” seminar in Nairobi, Nielsen’s Andre Breedt will show some of these books’ performance in the South African market.)

The top-selling ebooks of 2018, Walter said, were Michael Wolff’s Fire and Fury; Bob Woodward’s Fear; and AJ Finn’s The Woman in the Window. What helps drive ebooks in the political sector, of course, can be the difficulty of getting enough print copies into the supply chain fast enough to satisfy demand when one of these titles goes big.

Whether such demand will materialize for Siege remains to be seen. Esquire political correspondent Ryan Lizza writes for the Washington Post, “Siege is ultimately crippled by three flaws: Wolff’s overreliance on a single character, and one who is now more distant from the action [Steve Bannon]; factual errors that mar the author’s credibility; and sourcing that is so opaque it renders the scoops highly suspicious and unreliable.” 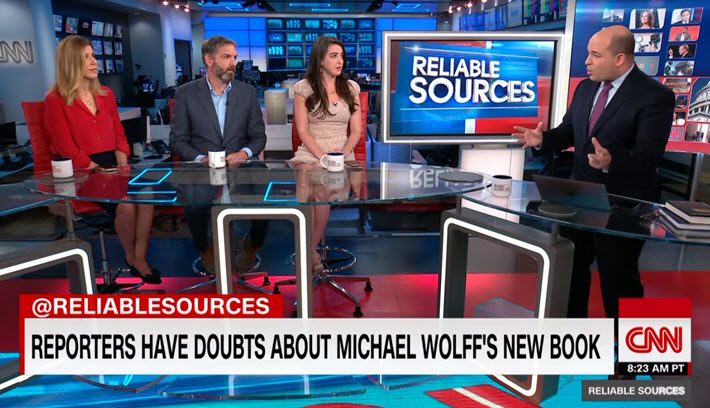 From left, the Washington Post’s Sarah Ellison, Noah Schachtman of ‘The Daily Beast’ and Elaina Plott of ‘The Atlantic’ join ‘Brian Stelter on the June 2 edition of CNN’s ‘Reliable Sources’ in looking at the problem of inaccuracies and questionable journalistic work in political books.

The Wider Market View from NPD

In its overall US market analysis, NPD’s data shows a slight growth in print—1.3 percent—in sales volume for 2018.

But Walters at BookExpo pointed to a 6-percent decrease in sales volume in this year’s first quarter by comparison to the first quarter of 2018. Long-term, Walter reported, the United States’ market—in both print and ebooks—is “extremely flat,” when viewed from 2013 to 2018. In fact, “If we bring it right up to yesterday,” Walter said, “we see the whole market down by about two-and-a-half percent. That’s about where the market’s at right now.”

As we know, audiobooks have been on an upward curve in the United States for sales over several years, and digital audio is seen, so far, Walter said, to be outpacing ebooks’ decline. How much of the sagging sales of other formats audio can rebalance, however, remains to be seen, and NPD “will begin adding audiobook data, digital audio data,” to its mix, Walter said, to get ‘our first true market read” on the sector in coming months.

In this regard, Walter voiced an uncomfortable question for publishers—will audiobooks’ popularity begin to cannibalize other formats’ sales?

There may be two questions there. On one hand—and in the way Walter was referencing it—there’s the plain marketplace question of whether more people opting for audiobooks might mean fewer print or ebook copies sold.

But perhaps even more concerning—as would be mentioned in one of the day’s later panels—”Covering Books Around the World” from Copyright Clearance Center on journalists’ viewpoints—will the growing popularity of audio will begin to erode the skills of immersive reading for consumers? “We’re seeing smart speakers and voice assistants … mean more and more consumers have a platform” for the delivery of audio,” Walter said, his point being that some of the growth of audio in the market can relate to the fact that distribution is increasingly ubiquitous. 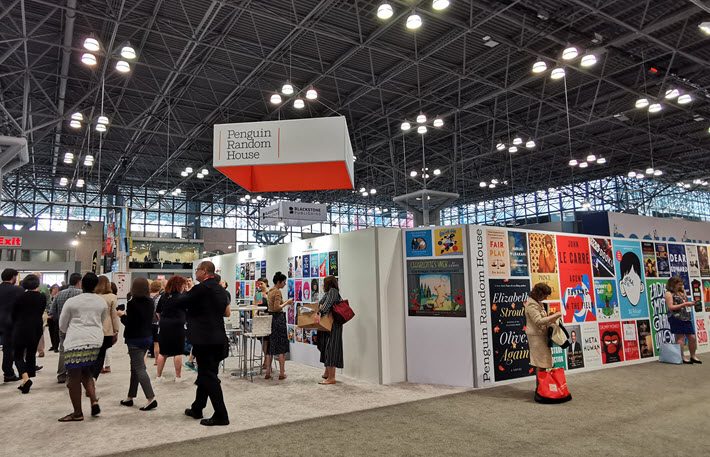 And moving past audio to titles overall, those who complain that blockbusters can inhabit a kind of unfair hegemony in the market may not be imagining things: the Top 100 titles in 2018, Walter said, sold some 23 percent more than did the same group in 2017.

Walter came prepared with a somewhat startling way to encapsulate the backlist-vs.-frontlist dilemma: “Last year,” he said, “buyers bought more books published before 2000 than books published in 2017 and 2018.” So there’s “a bit of a squeeze on the middle of the market,” he said—something that American midlist authors and literary agents can tell you they feel keenly.

And as he touched on children’s books, we learned that they’re showing an even tighter “squeeze” between backlist and frontlist titles.

Walter’s summary of his and NPD’s main points:

More from Publishing Perspectives on BookExpo is here, and more on political books is here.