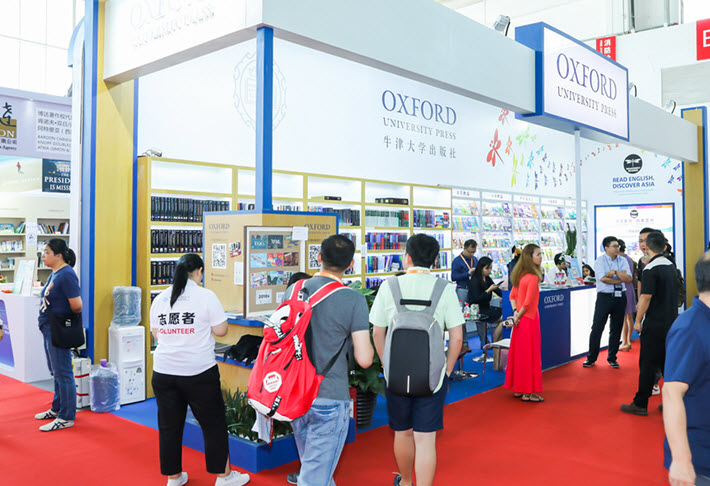 Featuring a parallel children’s division for a second year, the Beijing International Book Fair again expects some 2,500 exhibitors and some 300,000 visitors to its public-facing displays and events. 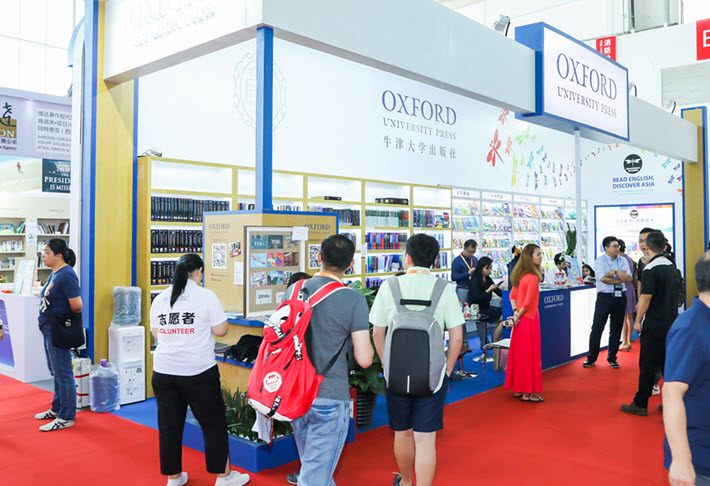 ‘A One-Stop Shop for Publishing Professionals’

Among first-time exhibitors at the 26th iteration of the Beijing International Book Fair (BIBF) this summer will be Starfish Publishing, which fair organizers say is the largest publisher of Marvel comics in China.

Two other new exhibitors are Wonderwhale, an online platform for second-hand books, and Jiliguala, which is described as a game-based English-teaching app for children. The 10-year-old Emirates Publishers Association is set to exhibit for a first time, and Macau is to be there with a collective stand, another first.

The Beijing fair runs August 21 to 25 and again is projecting some 2,500 exhibitors overall from 95 countries. Designed as a public-facing fair with a professional program, the BIBF is anticipating a total 300,000 or more visitors, and it’s housed in eight exhibition halls at the China International Exhibition Center.

Liying Lin, the fair’s director, familiar to Publishing Perspectives readers, in a prepared statement for the media stresses the centricity the fair has come to have for many in China’s publishing industry.

“BIBF is at the forefront of publishing in China,” she says, “making it essential for anyone interested in this dynamic and exciting market. With exhibitors covering every aspect of the publishing and entertainment industries, plus our industry forums, awards and events, BIBF provides a one-stop shop for publishing professionals.

“Visitors will have the chance to explore consumer trends, investigate opportunities in new IP markets, and see demonstrations of exciting new technologies,
Ln says. “A visit to BIBF is essential for anyone wishing to export to China.”

Again the fair is stressing younger readers’ content and, for a second year, will dedicate a separate exhibition area to what it’s branding as the Beijing International Children’s Book Fair by way of “demonstrating the continued strength of children’s publishing in China, with educational titles and entertainment companies expected to attract considerable attention.”

On the eve of the fair, the 20th of August, BIBF is to host a children’s publishing conference at the city’s Asia Hotel. In describing the event, organizers tell news media, “Senior professionals from all over the world, as well as representatives from Beijing’s physical bookstores, will speak on themes of innovation and creativity and discuss the challenges and emerging trends of the sector.  Topics like how to encourage new authors and original works; marketing IP; and innovation in illustration for picture books” will be featured at the conference.

“China has become the world’s second largest retail and consumer market, yet it remains relatively under-exploited in terms of licensing.”Liying Lin, BIBF

For a second year, the fair will also stage an exhibition of picture books, with media messaging indicating that last year’s show dedicated 2,500 square meters to the display of some 10,000 picture books and drew 70,000 viewers.

This year’s exhibition will feature an area in which activities are centered around reading in English, as well as picture books in 13 languages and entertainment for children.

The fair’s director, familiar to Publishing Perspectives readers, is Liying Lin, and in a prepared statement, she explains the English focus, saying, “The Chinese government requires every Chinese child to learn English, which puts English language content in high demand. Parents are increasingly keen to use apps, film, comics, audio, online and digital content as well as books to assist their children’s education and this provides a fabulous opportunity for our exhibitors at the children’s fair.”

In terms of rights sales in the children’s book sector, BIBF says that last year, London’s Nosy Crow “struck one of the biggest deals for UK publishers at last year’s BIBF, selling the rights to board book series Sing Along With Me from illustrator Yu-hsuan Huang to the state-owned Chinese publisher CITIC for six figures.

Awards and ‘The Law of Attraction’

This year’s fair will have two major awards programs, one being the 13-year-old Special Book Award for international writers and translators of Chinese work, and the other being the BIBF Ananas International Illustrations Award, in its fourth year.

In addition, a literary salon is themed on “the law of attraction,” and is set up to promote Chinese and international authors “through a series of cultural and artistic events including music and short plays. It will also explore cross-media opportunities between literature and film, with talks attended by authors, film producers and investors.”

First-time exhibitors at BIBF will be invited to BIBF’s ‘First steps’ orientation program, characterized as “a two-day intensive briefing on the Chinese publishing industry specifically designed to give new entrants a head start in the market.” That program is on August 19 and 20.

“China has become the world’s second largest retail and consumer market,” Lin is quoted saying, “yet it remains relatively under-exploited in terms of licensing. BIBF presents a clear opportunity for global licensors and professionals across the whole licensing chain.”

While parts of the BIBF site don’t seem to have been updated as yet for 2019, there’s a download center with PDFs for various applications and informational pieces here.