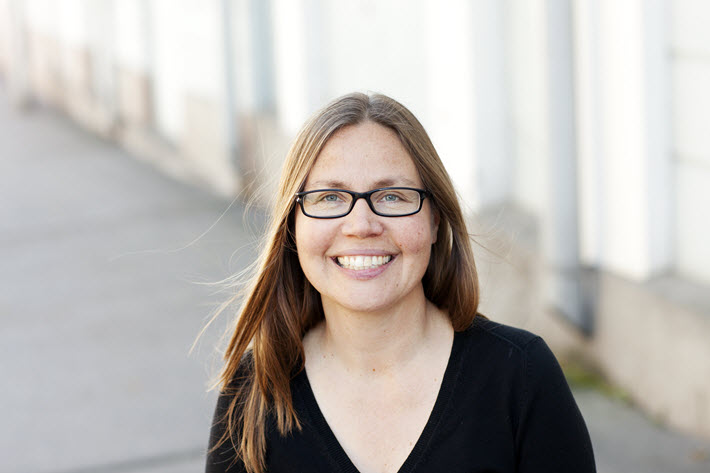 Roughly half of what Finns are publishing and reading annually is translated literature from abroad. Five years after its Frankfurt Guest of Honor stint, the Nordic market is ready to ramp up its exports again. 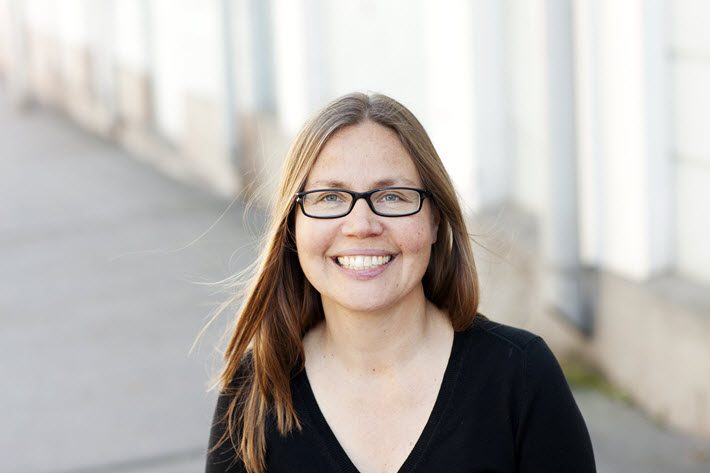 ‘To Keep Up the Good Results’

On May 17, the Finnish Literature Exchange, FILI, will stage a panel discussion at Helsinki Lit 2019 that, in effect, celebrates the five years since Finland was Frankfurter Buchmesse’s Guest of Honor—and asks what’s next.

“Being Frankfurt’s Guest of Honor in 2014 was one event that made a big difference, putting us into the picture internationally for many reasons,” says Tiia Strandén, FILI’s director.

“We can still see the effects,” Strandén says in an interview from her offices in Helsinki with Publishing Perspectives. “But we can also see those effects starting to wear off. And so we want to use the opportunity” at Helsinki Lit “to at least create the discussion, create awareness.”

Strandén’s message with the event is clear: “If we want to keep up the good results, then let’s do something together.”

The effort starts at 10 a.m. on the 17th of the month at the Central Library Oodi in Helsinki, Kirjataivas, with the launch of what FILI is calling its “Finnland: Cool & Happy” project, as part of the main Helsinki Lit festival’s satellite program.

Strandén will welcome Stockholm Lit director Yukiko Duke to the stage for a keynote address, followed by a panel on literature in translation, featuring:

Strandén points out that even in a smaller nation like Finland, pulling together so many elements of a national book industry is hardly easy, but that’s what it takes to have a successful guest of honor experience on the big stage of Frankfurt. The idea now is not to let that sense of unity and cohesion be lost to the big effort of half a decade ago.

“This is a good opportunity for us,” she says, “to talk about not only Finnish literature but also translated literature in general.”

There’s a specific issue here for Finland, too, and Strandén is ready when we question her on the subject: Finland stands beside two powerhouse exporters in the Nordic world, Sweden and this year’s Frankfurter Buchmesse Guest of Honor, Norway.

The three countries’ industries have good relations, she says. “We support each other well, and when one Nordic country is doing well on the international market, that also brings attention to all of our Nordic countries. But, of course, we also compete.

“And one of the things that we’re worried about is that we simply don’t have enough literary agents and people who do rights sales,” something that reflects the situation in Denmark, too, she says.

Sweden has been fueled by the popularity of Nordic noir for years, of course, and Norway’s cohesive support and outreach program through NORLA has helped many parts of its industry, particularly led by the international visibility of author Karl Ove Knausgård.

“So Sweden and Norway are doing a really, really good job,” Strandén says, “and that’s one reason we can’t just sit back and relax.”

She says she noticed last year at Frankfurt that the national Finnish stand was “just shrinking.” While Finnish publishers certainly go to Frankfurt, she says, that unified front of five years ago is slowly softening and diminishing—something she’d like to see the industry turn around.

“We’re saying to our publishers, ‘We can’t be becoming smaller than Denmark and Norway and Sweden. We have to be sure we’re keeping up our standards and growing'” along with Finland’s Nordic sister industries.

“As we talk with publishers, what we hear is that reading habits are diminishing. People aren’t reading enough, aren’t buying enough books. So we’re saying, ‘Okay, let’s take this as a topic and talk about books and reading itself, bookselling, book buying, what do we do well? What can we help others with?”

Translations Make Up 49 Percent of What Finland Publishes

Here’s one factor with which Strandén can gather a lot of international envy: “I looked into some statistics because my notion was that we’re not doing well in having translated literature” bought and read “in Finland. But the statistics I found from 2018 show that 49 percent of what was published last year in Finland was translated literature–in adult fiction, children’s fiction, and comics.

“Yes, we need to read other people’s literature, but we also need to be sure they read our books from Finland.”Tiia Strandén

“I talked to some publishers, and they confirmed that about half of what they’re publishing every year in Finland is translated literature.”

Remember that in the major English-language markets, translated literature is thought to account for much lower proportions of the business. It’s generally estimated that in the States, only some 3 to 6 percent of the business may be in translation—though it’s hoped that this is now rising—and opening readers to more translation is a key push for many in the industry.

So Finland arrives, five years after its guest of honor stint in Frankfurt, with the chance to use a rare gambit in talking to international colleagues. This is a market that can say, “Hey, half of what we’re producing for our readers is from your market and others. How about looking at what we have to offer for your own markets?”

FILI’s Translation Database provides an interesting picture of Finnish literary exports. While you can see a more comprehensive assessment here, a look at some key years can show you the trends that Strandén is responding to with the “Cool & Happy” program meant to sustain the benefits of the guest of honor year.

So clearly, Strandén and FILI are reacting to the logical tapering off of a guest of honor afterglow and the goal now is to tighten things up, renew the energy and commitment of 2014, and look for ways to ramp up Finland’s spot on the world stage again.

“We don’t have those bestselling crime writers” that nearby Sweden has, Strandén says, “so it’s more of a cultural exchange in our case. But we need to keep reminding people that we must keep Finnish literature alive and send our books out.”

You’ll get no complaints from her about the fact that Finns are such good readers of books from abroad, either. And yet, as she and FILI now are starting to say to the books world, this business is a two-way street.

“Yes, we need to read other people’s literature,” says Tiia Strandén, “but we also need to be sure they read our books from Finland.”