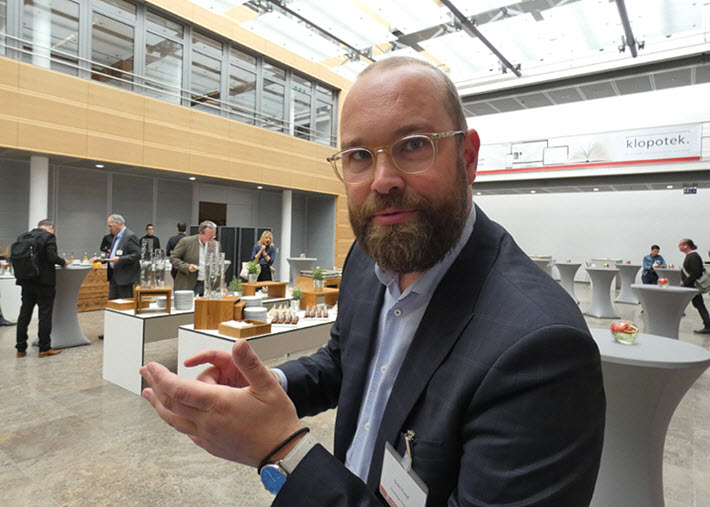 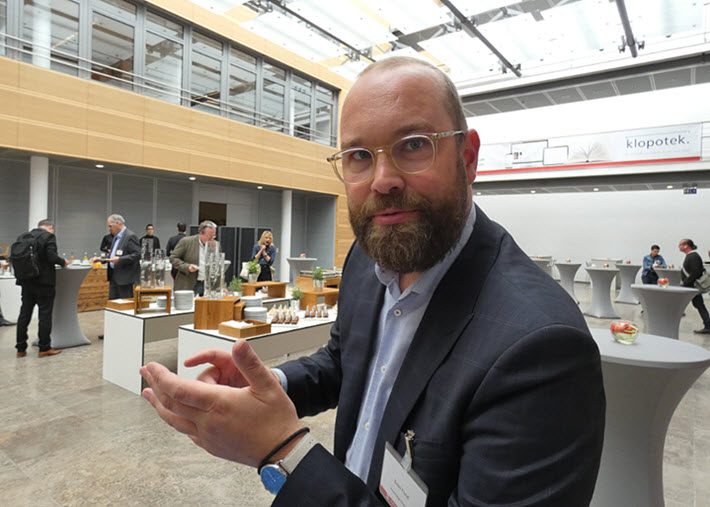 What researchers really want right now, says Sven Fund, “is one platform where you can search within one environment and where you don’t hit a paywall.”

Created with the assistance of a platoon of partners, the Open Research Library is meant to bring together all open access book content in the coming months, providing a one-stop hub with broad organizational categories to aid in searches.

Working with publishers and libraries in many parts of the world, the program is open to all providers and users of quality-assured research content. Its collection is expected to start with some 15,000 to 20,000 titles—the estimate of how many open access pieces have produced to date.

There are, according to media messaging from Knowledge Unlatched, about 4,000 such publications added annually.

This, then, is an effort to create the world’s only comprehensive library of open access publications, making them freely available—and discoverable—in one spot.

In our interview in Berlin, Fund—who spoke, as did Publishing Perspectives at Klopotek’s Publishers’ Forum last week—told us that as long as open access works are properly assigned with Creative Commons licenses, then, “You have the content when it comes out and when  it’s being registered by the publisher.

“And one of the key parameters or goals,” he says, in creating the Open Research Library “was to not replicate what’s already there, not to build another layer of something that already exists.

“We surveyed several hundred researchers. And they basically said that it’s so frustrating to hit a paywall when you start searching open access content,” which can seem particularly inappropriate when immersed in the concept and output of open access.

“So I think for all of us who want to basically harvest the benefits of open access, if you have this hybrid world,” Fund says, “it’s really difficult.”

The idea of collecting open access content into a central repository lies close to the concept of the Berlin-based Knowledge Unlatched, itself. Founded in 2012, its mission statement reads, in part, that the company “makes scholarly content freely available to everyone and contributes to the further development of the open access infrastructure.

“Our online marketplace provides libraries and institutions worldwide with a central place to support open access collections and models from leading publishing houses and new open access initiatives. With their support, we transition monographs and journals in a wide variety of disciplines from paywalled to open access content. Additionally, Knowledge Unlatched offers various tools and services for stakeholders in the open access community. Our goal is simple: We want to make open access work.”

In addition to many publishers, the Open Research Library program led by Knowledge Unlatched includes to date these partners: 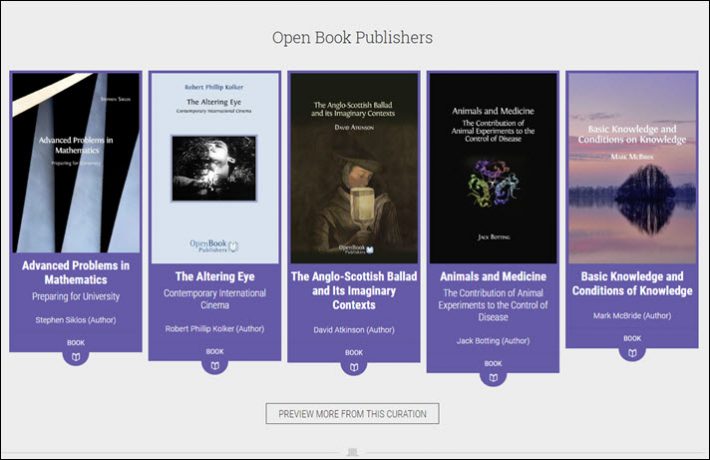 When you arrive at the Open Research Library site, as structured with BiblioLabs’ familiar conceptualization of large, scalable collections, the creation of a user profile is optional. The incentive to create one is a set of features that BiblioBoard offers, including the ability to save favorites, create bookmarks, add notes, download content, and synchronize preferences.

There are five modules. One is that of Knowledge Unlatched. Additionally, you’ll find Brill, Cornell University Press, Open Book Publishers, and Springer Open.

“We surveyed several hundred researchers. And they basically said that it’s so frustrating to hit a paywall when you start searching open access content.”Sven Fund, Knowledge Unlatched

In Berlin, Fund told us that the idea of the structure is that it be able to feature the work of any organizational producer. “The idea is that you have collections,” he said, “which can be either a publishers collection, or also a library’s collection.

“So a library like Freie University in Berlin here, basically sets up its own portal and shows all the content without building a repository from that. And we’re rather interested in the more academic stuff and not so much in bachelor’s [degree material] and other kinds of theses.

“But the idea, really, is to have one corpus of data and having everybody shared with different portal approaches” set up by each contributing organization or company.

The Open Research Library is seeking contributions, too, of course, and offers pricing at US$1,200 per year for a three-year period with benefits including individualized Counter 5 usage statistics for a library investing in the program, as well as a branded library microsite to create a curated hub, administrative features for customization of the display of content, and MARC record delivery. In other words, contributions give providers of content certain advantages in displaying, managing, and promoting their material—which, it should be noted, can be enjoyed by anyone, not just by researchers.

Fund invites those interested to be in touch with the company at the email address joinus@openresearchlibrary.org 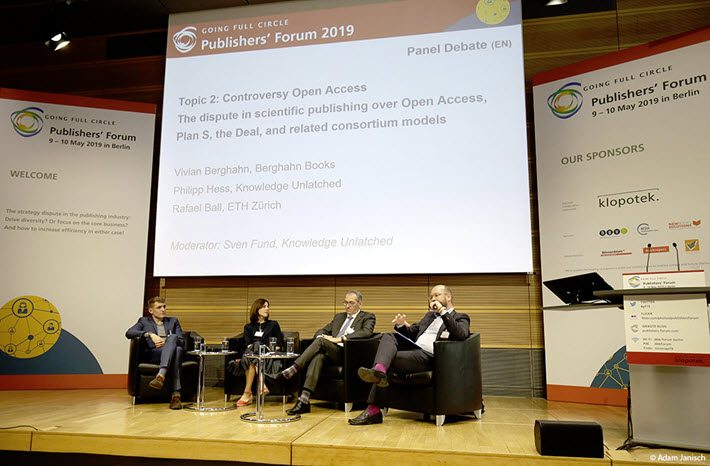 More from Publishing Perspectives on open access is here, and more on publishing in the German market is here. More from us on Publishers’ Forum is here.