From ‘The Psychology of Stupidity’ to ‘The Gospel of Eels,’ our rights highlights this time come from France, Greece, Canada, Germany, Catalan Spain, and Japan by way of North Korea.

‘Keeping Alive Their Willingness to Explore’

Regular readers of Publishing Perspectives will remember that we published news of the upturn in attendance earlier at this year’s Bologna Children’s Book Fair.

The other key young readers’ event of the season, the Sharjah Children’s Reading Festival, now has announced that it saw more than 200,000 visitors during its 11-day run. Sharjah Book Authority, of course, is the producing body. Its decades-long bid to help develop the UAE’s third emirate a hub of literature for the Arab region was formalized as it opened its year as UNESCO’s World Book Capital and announced that Sharjah is to be London Book Fair’s Market Focus nation in March 2020.

We chose several children’s books to open today’s new Rights Roundup, followed by some of the more interesting grown-up reads out there.

We’re particularly intrigued by The Psychology of Stupidity, edited by Jean-François Marmion, surely a timely read for our era. World English rights have been pre-empted by Penguin Random House. We can only hope for a fast translation. 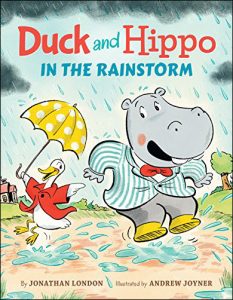 Duck and Hippo in the Rainstorm

Descriptive and promotional information: Duck and Hippo may be different, but they’re best friends.

When playful Duck invites careful Hippo to go for a walk in the rain, they have trouble sharing Duck’s umbrella. But Duck and Hippo won’t let that stop them. Soon they are puddle-jumping and sailing down the river. Until a wind sends the umbrella flying into the air, with one friend holding on. What will Duck and Hippo do now? 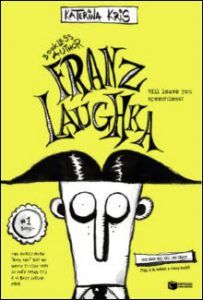 Described as a book “for children who don’t read,” Bookless Author Franze Laughka is called by its publisher “fast-paced, entertaining, full of twists, with cartoon-like illustrations and dozens of references to great authors such as Dickens, Shakespeare, Proust, Maupassant, Flaubert, and others.”

The book has a “secret mission” of “awakening the muse of writing” in kids.

Structured in two parts with 20 short chapters, the book is aimed at ages 8 to 14 and specifically is said to target “those children who mostly post online instead of turning pages.”

“In a few words,” publisher Elena Pataki tells us, “it’s made for the children of our time who are born into technology and have been ‘trapped’ behind a screen. They’re a little confused, a little angry–(with their parents, conditions, obligations, school and, generally, with the world—and have become ‘besties’ with their main ‘imaginary’ friend: procrastination.” 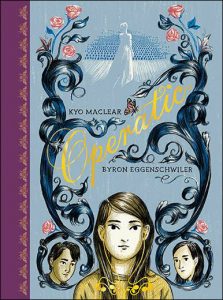 This book is called “a story of friendship, first crushes, opera, and the high drama of middle school, told by Kyo Maclear in her debut graphic novel, with illustrator Byron Eggenschwiler.

The book’s story tells of Charlotte “Charlie” Nagouchi, who has an assignment from her music class: to find the perfect song that defines her.

But Charlie is distracted by first crushes and the mysterious disappearance of a boy named Luka, who hasn’t been to school in weeks.

When Charlie discovers the music of the great opera singer Maria Callas, she finds an outlet for the feelings she’s tried to keep stifled. The publisher calls this “a poignant coming-of-age story about loneliness, identity, sexuality, and the power of self-expression through music.” 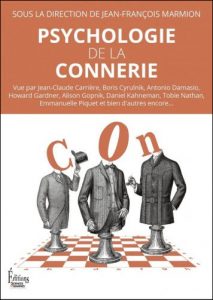 The Psychology of Stupidity

From the promotional copy for this book: “A world without stupid fools is possible. Actually, no. Sorry. But that doesn’t mean we can’t consider it.”

“Everybody knows about stupidity: we all have to put up with it every day. It’s a burden, a cross to bear. And yet psychologists, specialists in human behavior, have never tried to define it.”

How timely could it be to see such an effort now? 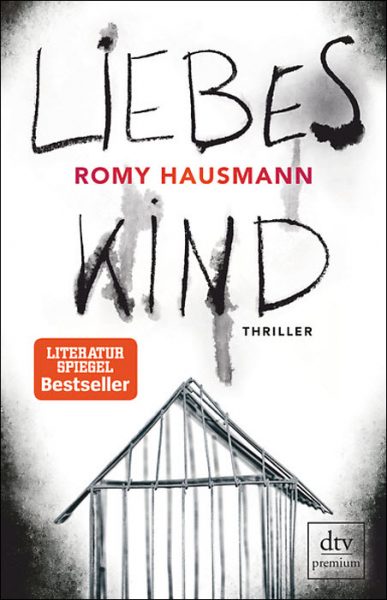 The film rights for this novel have been optioned by Constantin films, and in terms of English-language comps, references are being made to Gone Girl and the film Room.

From the promotional copy we’re being provided: “A windowless shack in the woods. Lena’s life and that of her two children follows the rules set by the father: Meals, bathroom visits, study time are strictly scheduled and meticulously observed. Oxygen comes from a ‘circulation machine,’ food is provided by the father only.

“He protects his family from the dangers ‘out there’ and makes sure that his children, conceived and born in captivity, will always have a mother to look after them.

“One day, Lena manages to flee–but the nightmare continues. It seems her tormentor wants to get back what belongs to him. And there’s the question of whether she really is the woman called Lena, a person who disappeared without a trace 14 years ago.

“Three people are liberated from years of hell on earth only to find unimaginable horror staring back at them.” 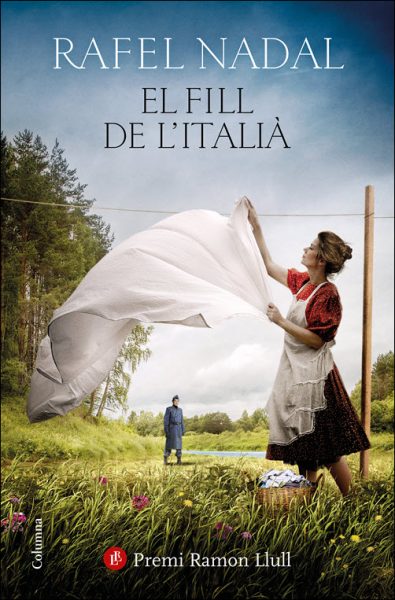 The winner of this year’s Ramon Llull Award, The Italian’s Son (El fill de l’italià) is being widely received as Nadal’s best novel to date.

It’s written as an epic journey of self-discovery and a story of forbidden love set during the Spanish Civil War.

“Based on a historical event and inspired by the true stories of the main characters,” according to promotional material provided to us, “The Italian’s Son is the perfect novel for readers of Captain Corelli’s Mandolin, as well as works of Victoria Hislop, Santa Montefiore,  and other European-20th-century historical fiction.”

In a description of the story, we read, “It is September 4, 1943: the Italian Navy’s newest and largest battleship Roma, slips out of La Spezia to attack a large Allied naval force. At the Strait of Bonifacio, it is bombarded by the Luftwaffe. The survivors embark on a journey that takes them to Menorca first, and then to Caldes de Malavella, a small Catalan village where they settle and wait.

“It’s in Caldes where Ciro–one of the Italian navy men who sings Neapolitan song0–meets Joana, a married woman who plants carnations to escape an unloving husband who is rarely home. Sixty years later, Mateu decides to enquire about and to look for the man people say is his real father. There have always been rumors at the village, and there’s that old photograph of the Italian navy men about to play a football match. 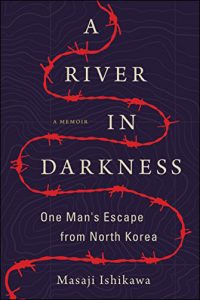 A River in Darkness: One Man’s Escape From North Korea

The news of the weekend has added new relevance to this true tale of escape from North Korea, as the Associated Press’ Kim Tong-Hyung has reported from Seoul that Pyongyang on Sunday showed images of Kim Jong Un personally overseeing the “live-fire drills of long-range multiple rocket launchers and what appeared to be a new short-range ballistic missile, a day after South Korea expressed concern that the launches were a violation of an inter-Korean agreement to cease all hostile acts.”

Donald Trump’s efforts to woo the North Korean leader into a denuclearization deal thus have been thrown into even greater doubt than before, as Trump has responded by downplaying the show of missile capability, tweeting that Kim “knows that I am with him & does not want to break his promise to me. Deal will happen!”

In this memoir translated from its original Japanese–a bestseller as tracked by Amazon Charts and The New York Times—Masaji Ishikawa candidly recounts his tumultuous upbringing and the brutal 36 years he spent living under a crushing totalitarian regime, as well as the challenges he faced repatriating to Japan after barely escaping North Korea with his life.

A River in Darkness is called “not only a shocking portrait of life inside the country but a testament to the dignity—and indomitable nature—of the human spirit.” 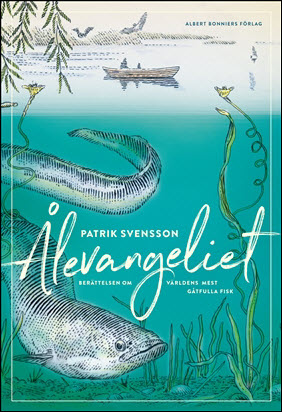 The Gospel of Eels (Ålevangeliet)

What guy won’t recognize Svensson’s first line by a son about his father from The Gospel of Eels as something achingly familiar? “I can’t recall us ever talking about anything other than eels and how to best catch them, down there by the stream. Actually, I can’t remember us speaking at all. Maybe because we never did.”

The novel is described as “a book about sons, fathers, and the world’s most mysterious fish.”

“In a balanced and evocative narrative, written in alternating chapters,” the publishers tell us, “we get to know the complex father and son relationship through scenes of their eel catching adventures on idyllic Swedish rivers and lakes, and in every other chapter we learn of the collective knowledge about the fish itself, from Aristotle to the present day.”

More of Publishing Perspectives‘ rights roundups are here, and more on the Frankfurter Buchmesse Guest of Honor program is here.