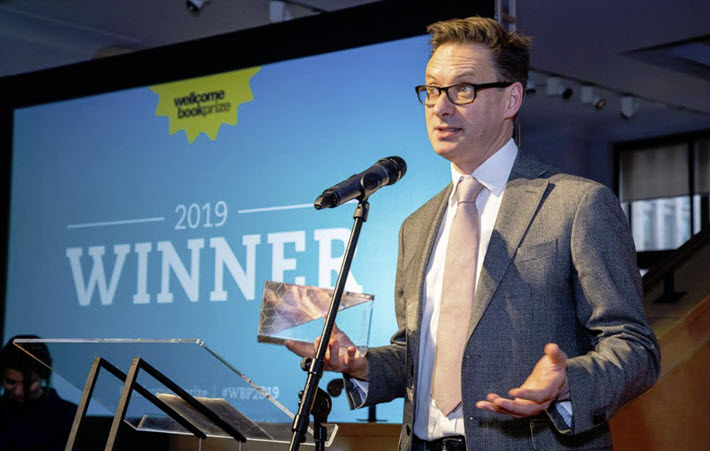 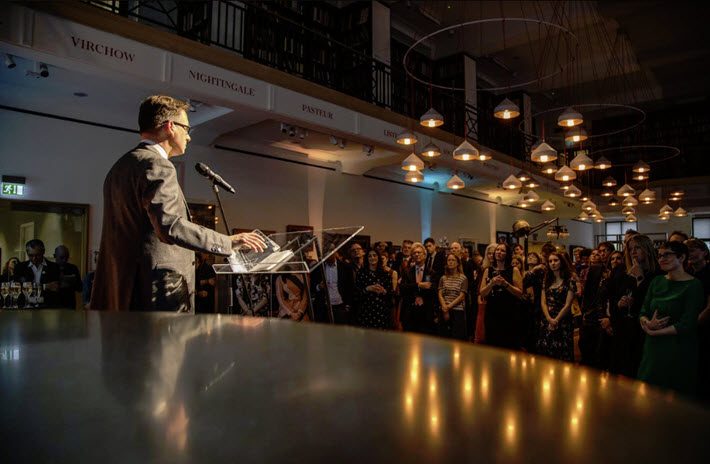 In Murmur (CB Editions) the UK author Will Eaves bases his work on the all-too-real story of Alan Turing’s ordeal at the hands of the British government in the 1950s, when the groundbreaking mathematician was convicted of homosexual activity and chemically castrated. The novel goes on to speculate, as the Wellcome Book Prize’s media messaging puts it, “what great bodily change—torture—does to a person’s mind.

In announcing tonight (May 1) in London that Eaves has won the Wellcome Book Prize for the work, the jury chair Elif Shafak referred to Eaves’ “exquisite craft” and to his books ability to “restore our faith in human beings, and their endless capacity for resilience.”

The prize carries a purse of £30,000 (US$39,162), and the Wellcome program is unique among the many literary award endeavors of the season for its interest in “books that engage with an aspect of medicine, health or illness, showcasing the breadth and depth of our encounters with medicine through exceptional works of fiction and non-fiction.”

As Publishing Perspectives readers will recall, The Wellcome Collection is a museum and library based on medical objects and curiosities gathered by the pharmaceutical entrepreneur Sir Henry Wellcome (1853-1936). The awards program is part of the larger Wellcome foundation for scientific and health research. 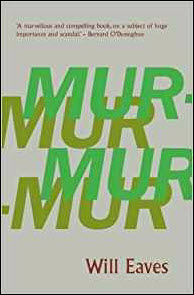 The UK edition, from CB Editions

The publisher of Murmur, CB Editions, is described by the Wellcome organizers’ media messaging as “an independent small press run solely by Charles Boyle that releases only a handful of books each year.”

The title originated as a short story and was shortlisted for the 2017 BBC National Short Story Award before being developed as a novel. Eaves is a former arts editor with the Times Literary Supplement (1995 to 2011), and teaches at the University of Warwick.

In her rationale for the jurors’ decision, Shafak is quoted, saying, “Murmur is a hugely impressive book that will grip you in the very first pages, break your heart halfway through, and in the end, strangely, unexpectedly, restore your faith in human beings, and their endless capacity for resilience.

“By the time you finish the book you might fall in love with not only the story and the storytelling, but with the exquisite craft behind it. Every sentence, each character… is well-thought, beautifully written and yet there’s a quiet modesty all the way through that’s impossible not to admire.

“Whether he intended this or not, Will Eaves has given us a future classic and for this, we are grateful to him.”

The US edition, from Bellevue Literary Press

The manager of the prize, Francesca Barrie, also is quoted, saying, “Out of the record number of submissions received for the 10th anniversary year, we are thrilled that the judging panel has chosen Will Eaves’ exceptional novel as a very worthy winner. Murmur is a novel of both literary excellence and social importance, offering powerful insights into consciousness, identity, and what it is to be human in a machine age.”

As you may recall, the six-title shortlist for this year’s Wellcome Book Prize was described by the company as featuring “our complex relationships with gender, identity, mental health and mortality.” It included, in addition to Eaves’ book:

The Wellcome Collection in London—named for its patron Henry Wellcome—stands behind the award as a museum and library focused on science and medicine. Its slogan refers to it as a place “for the incurably curious.” 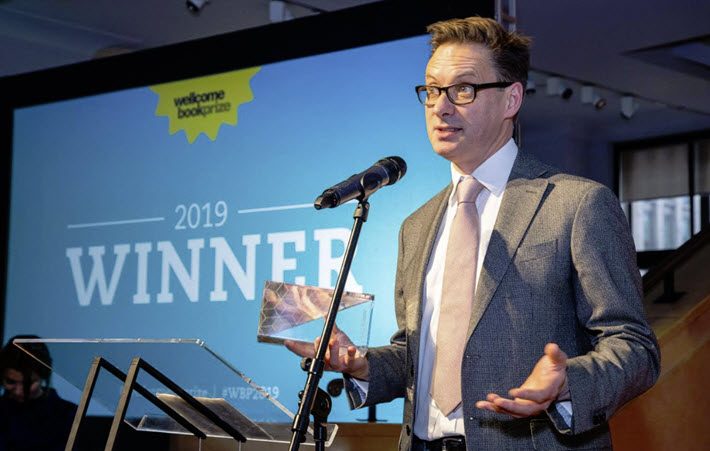