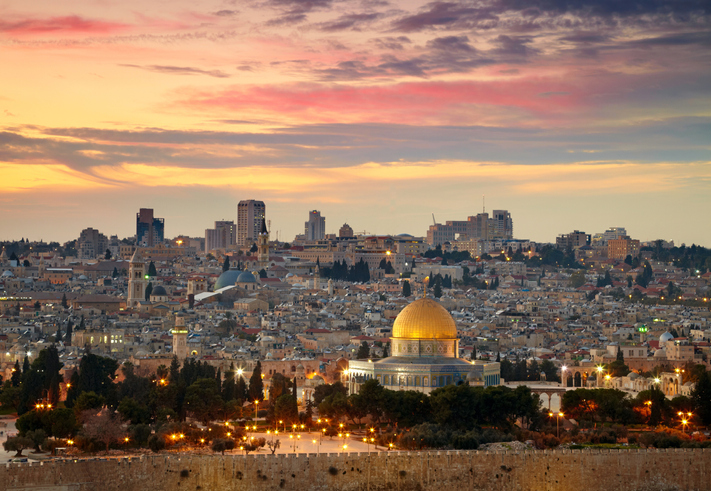 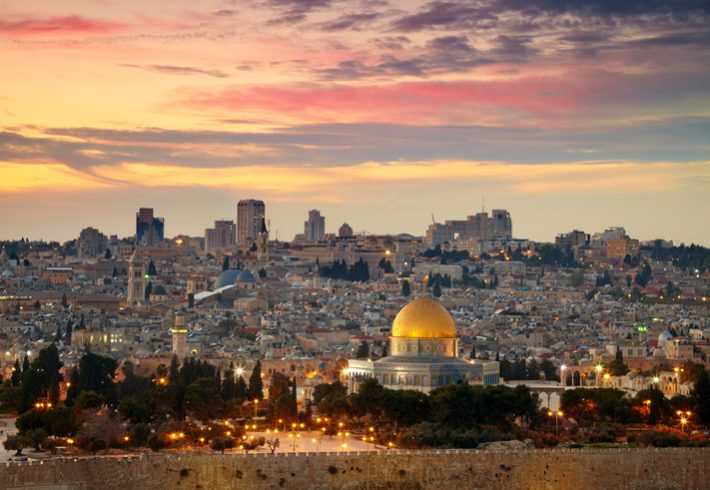 In one of those odd counterpoints that develop each year during the international book publishing industry’s travel seasons, we see this weekend two institutions on the world conference stage running on parallel tracks—one at an uncharacteristically low ebb in a proud 16-year run in Germany, the other bursting with new life in Israel after 28 iterations across 55 years.

As Publishing Perspectives exclusively reported yesterday, Berlin’s reliably incisive and well-regarded Publishers’ Forum, a Klopotek company, is announcing that it won’t be repeated in 2020. Many at the conference have said they hope that the event, its founding patron, Ulrich Klopotek and his team, and its director from Vienna, Rüdiger Wischenbart, can develop new approaches to continue the strong work and sustained effort that the software giant Klopotek and Vienna-based consultant Wischenbart have put into the program.

And for some of us, the next flights are to Israel, where a very different conference dynamic is in play.

There, on Sunday evening, the newly reconstituted Jerusalem International Book Forum (JIBF) has a ceremonial opening in which Jerusalem’s mayor, Moshe Lion, will present the Jerusalem Prize to Joyce Carol Oates and the Israeli president Reuven Rivlin and scholar Fania Oz-Salzberger will be moderated by Kobi Meidan in a discussion, “Between Friends: A Tribute to Amos Oz” in Hebrew with English translation.

Originally established 55 years ago in 1963, the Jerusalem International Book Forum, in its 29th edition, is evolving from a convention-hall based format to a more dynamic “forum” context.

The new evocation, Monday to Wednesday (May 13 to 15) is staging fresh collaborative events for—and featuring—publishing professionals alongside the city’s International Writers Festival at Mishkenot Sha’aninim.

Needless to say, what director Yoel Makov and his team are attempting is not easy. Going from what was essentially a lively showcase for the consumer base to a serious and issue-driven debate forum for the industry itself is a trial by fire: Jerusalem’s program has had to work carefully to communicate its intentions clearly and to learn from the responses.

Publishing Perspectives has had a chance to ask the forum’s production coordinator Sharon Katz and content manager Hadar Makov-Hasson about the process and how they’ve found the experience of making such a dramatic adjustment to a program that has gathered over the decades the respect and appreciation of many.

“We weren’t so much surprised,” says Katz, “but greatly encouraged by people’s reaction to the new focus and format. It seemed like the potential was always there and just waiting for the right timing or the right circumstances.

“We were surprised to learn how complex the realization of the idea” of the new forum “would be and what richness of possibilities we had to choose from.”Sharon Katz

“On the other hand we were surprised,” he says, “to learn how complex the realization of the idea would be and what richness of possibilities we had to choose from. We did our best to put together an inclusive comprehensive, enjoyable and profound experience.”

Makov-Hasson says she sees that same quality of something that was almost waiting to happen,. “The most surprising aspect for me was how natural the move had been, changing from book fair to the format of a professional publishing conference.

“It seems that the timing was perfect in terms of shifting from the traditional setup of a fair, where everything is arranged around the displays, to a focus on issues, challenges, and innovations in the publishing world—the type of content that really seems to appeal to people in the field.”

What Remains in Place

As different as the look and feel of the event will be, the values driving the new development come from the original approach’s commitment to literature as one of a culture’s indispensable insignias.

“What remained consistent for me was people’s interest, their commitment to the Jerusalem book fair and now to the forum.”Hadar Makov-Hasson

“What remained consistent for me,” Makov-Hasson says, “was people’s interest, their commitment to the Jerusalem book fair and now to the forum, and the very consistent support and just general feeling of positive enthusiasm that we received from everyone involved.

“This obviously includes our longtime supporters,’ she says, “like Stephan von Holtzbrinck, CEO of the Georg von Holtzbrinck Publishing Group, and Marcus Dohle, CEO of Penguin Random House,” both of whom are speaking during the event.

“But it also includes new people who heard a lot about the special atmosphere in Jerusalem and were now eager to participate,” Makov-Hasson says.

Katz says he looks to several of features of the JIBF which have been brought right over in the new evocation of the event. famous long-running Zev Birger Editorial Fellowship Program being a great example of this.

“Apart from a few traditions such as the Jerusalem Prize and the Zev Birger—sponsored by the Georg von Holtzbrinck Group since its inception in 1985—and of course the return of the fellowship’s alumni  to Jerusalem (supported by Penguin Random House), maybe the greatest continuity is in spirit,” he says.

“The JIBF has always put an emphasis on close and personal encounters,” he says, with “a friendly and open atmosphere, a meeting ground for individuals to engage in a free exchange of ideas and experience. It still does just that.”

When asked what he feels most proud of about the new nature of the program, Katz says, “We’re very proud of the fact that we’ve managed to offer, we hope, together with our partners of Mishkenot Sha’ananim’s Writers Festival, an experience appealing enough for people to gather from nearly 30 countries to be involved in an event that’s not a standard book fair, an event in which trading and sales are still present, but are not the focal point, or the main incentive.”

And that focus on the caliber of international personalities coming in for the event is where Makov-Hasson goes with the question, too, saying, “I’m most proud of the program we put together, in terms of the content itself but more importantly in terms of the great people we managed to involve, including many newcomers to Jerusalem, who have never attended in the past.”

On the Speakers’ Roster 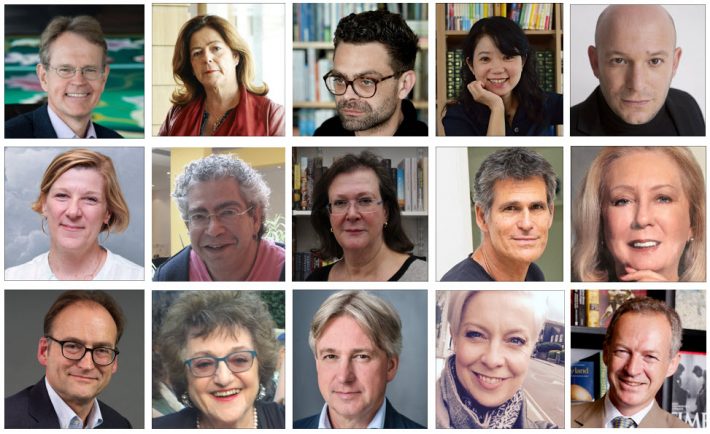 Opening the forum’s three days of sessions on Monday morning (May 13) at 9:30 a.m. is a keynote by Stephen Rubin of Henry Holt, which Publishing Perspectives is the Macmillan division that published Michael Wolff’s Fire and Fury—the first book Donald Trump tried to block from the marketplace in January 2018. 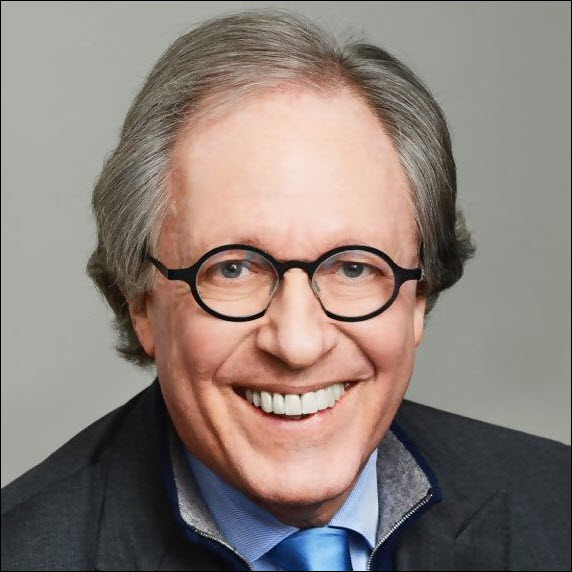 The lineup of speakers is indeed impressive, with executives and specialists from many parts of the world, including:

If you’ll be in the area and would like to make a reservation you’ll find information here.

This year’s program has major sponsorship from the Holtzbrinck Publishing Group and from Penguin Random House, as well as the CH Beck Foundation.