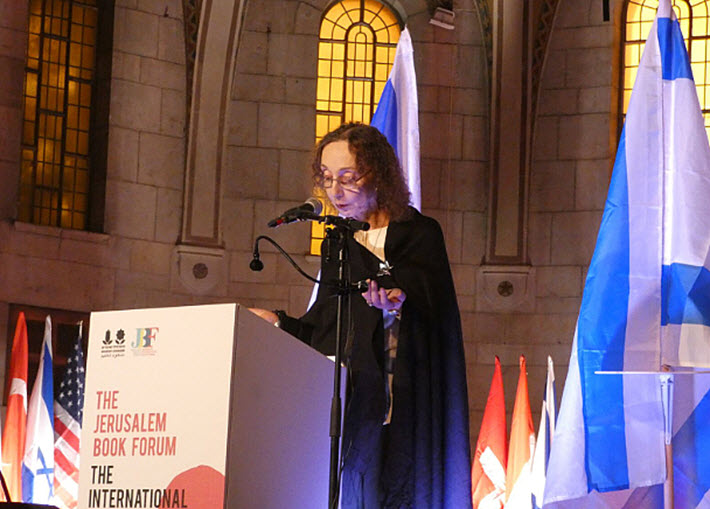 Speaking of the conscious effort it takes to nurture literary talent, Joyce Carol Oates accepts the Jerusalem Prize on the opening of the 2019 Jerusalem International Book Forum. 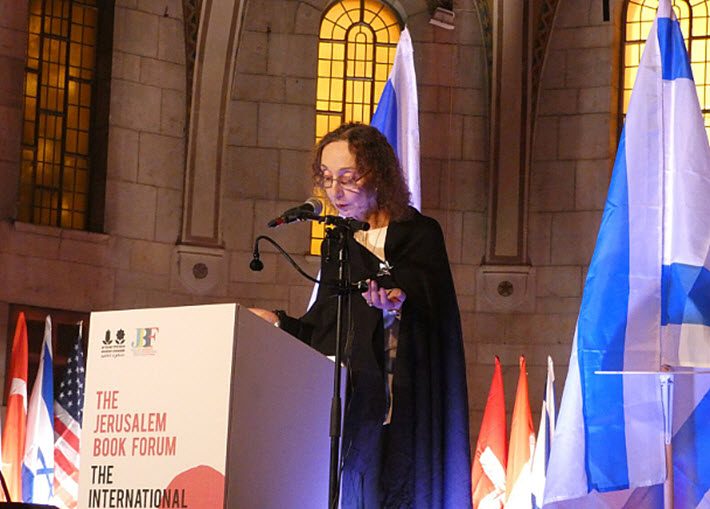 Joyce Carol Oates speaks in Israel on receiving the Jerusalem Prize Sunday (May 11) at the opening of the 2019 Jerusalem International Book Forum. Image: Porter Anderson

‘I Knew You Could Do It’

With music of Mozart and many rows of reserved seating for honored speakers, the Jerusalem International Book Forum has opened tonight (May 11) in its new evocation as a program dedicated to discussion of industry trends and issues rather than as the public-facing book fair it’s been in the past.

With its centerpiece being the presentation of the Jerusalem Prize to the author Joyce Carol Oates, the evening was warm with a sense of homecoming for many, not only for returnees from prior years of the Zev Birger Editorial Fellowship but also for speakers, many of them highly placed in the world industry.

As Jerusalem’s mayor, Moshe Lion, put it, Jerusalem is the city in which King David wrote the Psalms “and the city in which David Grossman still is writing,” a reference to the author of the 2017 Man Booker International Prize for A Horse Walks Into a Bar (translated to English by Jessica Cohen).

In the towering elegance of the Jerusalem YMCA, the audience of several hundred greeted festival director Yoel Makov, Birger Fellowship advocate Esther Margolis, production coordinator Sharon Katz, content manager Hadar Makov-Hasson, and others, whose efforts have gone into this reintroduction of the program as an evolved program now set for a series of panels over the next three days. 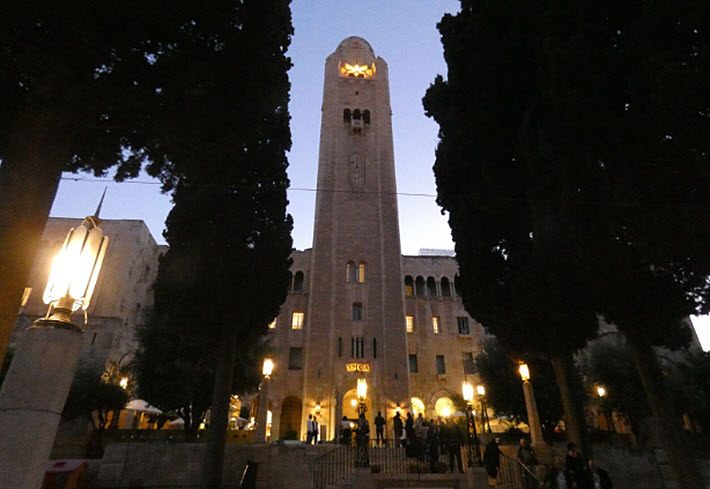 The audience leaves the Jerusalem YMCA on Sunday evening (May 11) after the opening of the Jerusalem International Book Forum. Image: Porter Anderson

Oates: ‘The Only One Who Had a Library Card’

In her comments, Oates noted that a literary appreciation wasn’t common to all American children born, as she was, in 1938, and she spoke of being given an Olivetti portable typewriter at age 14, a seminal influence in her childhood being Alice’s Adventures in Wonderland.

“I wanted to be the mysterious person whose name was on the spine of the book, Lewis Carroll,” Oates said, and such notions were nurtured in her by her Her paternal grandmother, Blanche Morgenstern, who was the only relative in her family, Oates said, “who cared for books and classical music. She was the only one who had a library card.

As Oates’ career came into focus, her grandmother’s comment was, she said, “like all grandmothers’, ‘I knew you could do it.'” Oates has spoken of the fact that her grandmother—perhaps, as Oates said Sunday, as a result in part of the political trauma of the era—never spoke of being Jewish.

Oates’ key message was that the best potentials of literature and of work in the other arts never arrive without work and conscious encouragement. “Not commerce, not politics, not science, not engineering but art is the highest expression of the human spirit.

“But none of this happens without effort. In the service of art and of civilization, there must be people like my grandmother and people gathered in this room today who care,” she said, not only about the support needed by people of expressive creativity but also about the place in a just society of literature and free expression. 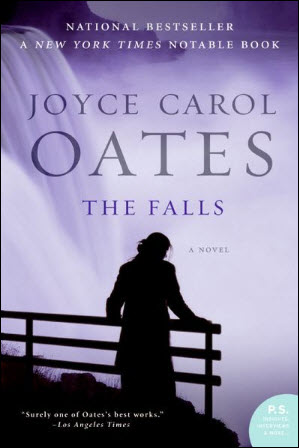 According to a report by Moshe Dann from The Jewish Post, Hakkibutz Publishing is expected to translate Oates’ The Falls (HarperCollins) later this year.

It’s to be followed by a panel titled “Executive Summary” with Penguin Random House’s Markus Dohle, a frequently honored supporter of the program; Stefan von Holtzbrinck, another patron of the program;  Profile Books’ Andrew Franklin; and, from Switzerland, Vera Michalski-Hoffman.

At Sunday evening’s program, Israeli president Ruvi Rivlin was unable to join in on a conversational tribute with Fania Oz-Salzberger to the work of her late father, author Amos Oz. That part of the evening was moderated by Kobi Meidan.

Members of the Jerusalem Music Center String Quartet led by were onstage twice, to play the Allegro and the Allegretto from Mozart’s 15th quartet in D minor. Some in the audience may have noticed that the quartet was very ably led by the Russian-born violinist Mark Karlinsky—a recipient of the Canetti International Violin Competition’s Grand Prix. 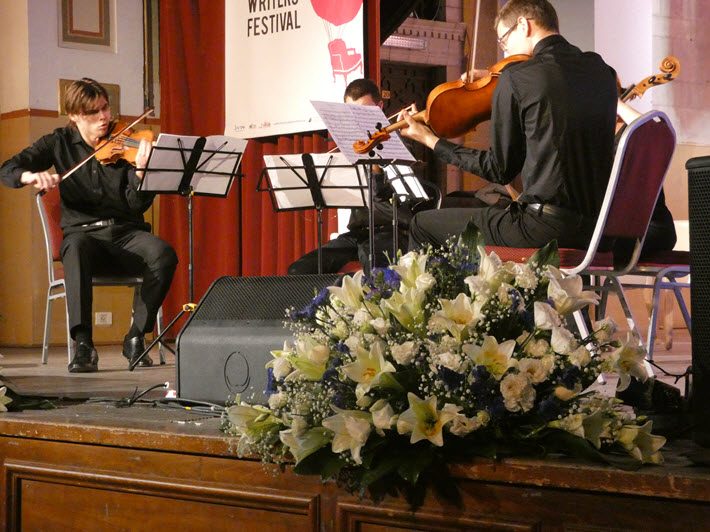