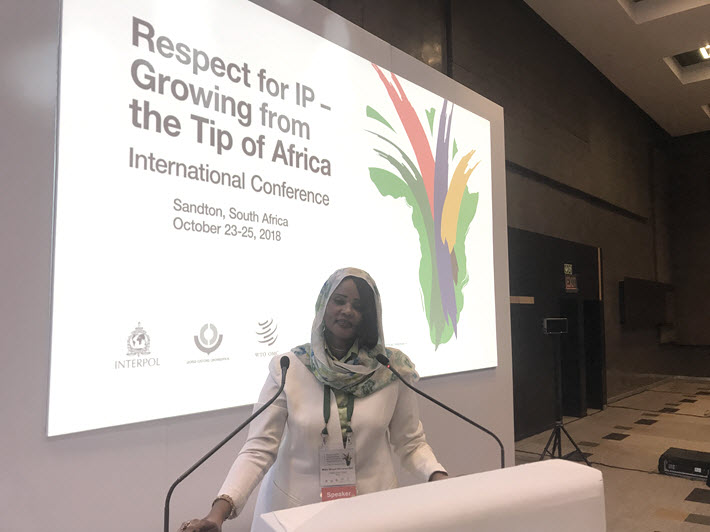 The panel session, “Copyright Protection and the Threat of Piracy,” is moderated by IPA secretary general José Borghino and features Maha Bakheet, who directs the Intellectual Property (IP) and Competitiveness Department for the Arab League, based in Cairo. Ten of the league’s member states are in Africa, while 12 are in Asia.

Bakheet joined the Arab League’s staff in Egypt in 2000 and established the IP unit at the Cairo center with a brief of coordinating issues in intellectual property in the Arab region, in cooperation with the 22 member states of the league.

Publishing Perspectives has had a chance to put several questions to Bakheet as a means to getting a better sense for the copyright-related issues involved, and we started by asking her for an assessment of how critical are the issues her team is seeing.

Promoting the ‘Culture of Intellectual Property’ 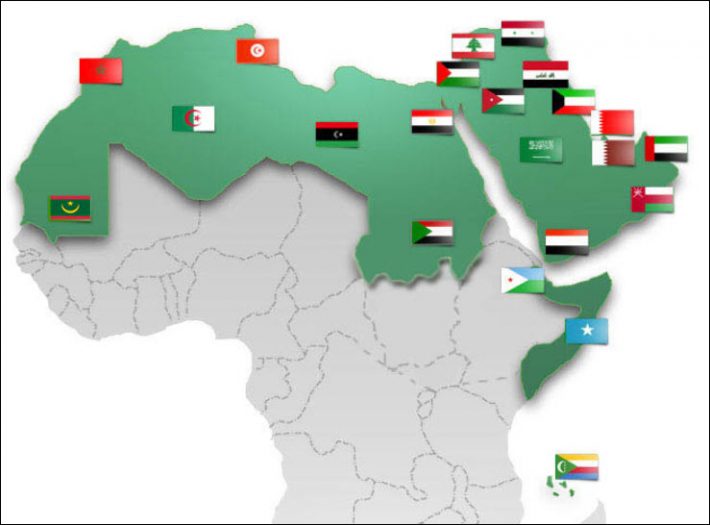 The 22 member states of the Arab League, headquartered in Cairo, are seen on this map. Image: LASportal.org

Maha Bakheet: In our department, we work to support cooperation and coordination among copyright offices in the Arab region, to combat piracy and stop infringement of copyright. This is done through exchanges of information and with visits and missions among Arab countries to publicize best practices.

We coordinate and cooperate with different stakeholders, in order to ensure that the publishing industry is covered by modernized legislation and the regulations it needs.

There are many challenges, but we try to  overcome them in several ways, all based on raising public awareness of the challenges and building respect for intellectual property.

PP: Are there specific areas of intellectual property that seem to be struggling with infringement more than others?

“At the Arab League, we provide political support, because we have access to the policymakers in all of our Arab countries through our work with their ministerial councils.”Maha Bakheet

MB: In our cultural industries—publishing, cinema, and music—we see infringement at roughly the same levels. At the same time, governments in the Arab region have made many efforts to curb  infringement through the development of tools for combating  piracy and by raising public awareness, in addition to joining  international treaties and conventions.

At the Arab League, we provide political support, because we have access to the policymakers in all of our Arab countries through our work with their ministerial councils and to the leaders who are engaged in our annual Arab summits.

In our department, we can say that although the piracy and counterfeiting of content still exist in the Arab region, there are genuine efforts to change this.

PP: How strong is the support you can expect from various public and governmental agencies you work with?

“Through cooperation in public and private partnerships, we can strengthen the publishing industry in Africa and stop the counterfeiting of books.”Maha Bakheet

MB: Our governmental entities are showing their commitment to stopping copyright infringement. They’re joining us in our meetings and workshops, making themselves part of our ongoing dialogue about the protection of copyright .

We also have very good relations with publishers’ associations in the Arab region and in other areas, and I’d like to take this opportunity to thank the IPA for their efforts and persistent work in support of the publishing industry.

PP: And what will be your main message in Nairobi when you’re part of this discussion?

MB: My key message in Nairobi is that through cooperation in public and private partnerships, we can strengthen the publishing industry in Africa and stop the counterfeiting of books. Let’s work together to raise awareness and promote the culture of intellectual property in the field of copyright and neighboring rights.