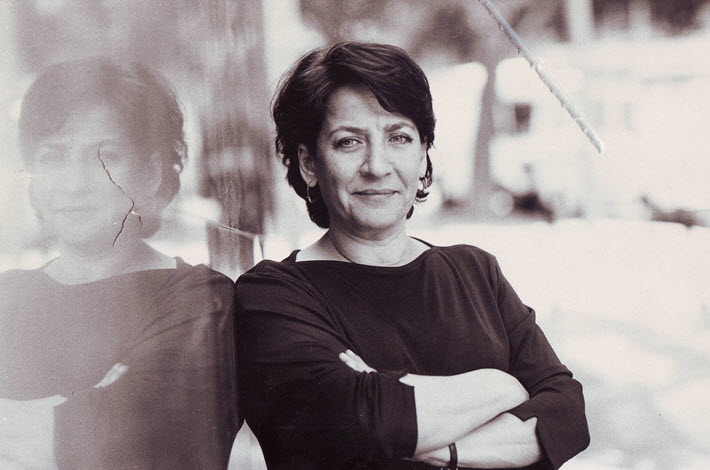 Lebanese writer Hoda Barakat, the winner of the 2019 International Prize for Arabic Fiction, talks about the plight of displaced people and her winning book, ‘The Night Mail.’

‘It Was Very Painful for Me To Write’

Shortly after the Beirut-born author Hoda Barakat was given the US$50,000 International Prize for Arabic Fiction last week, as we reported from Abu Dhabi on April 23, Publishing Perspectives had a chance to speak with her about her winning book, The Night Mail.

Translation funding is part of the power of this award program, of course—as it is for the Sheikh Zayed Book Award—and the good news for those of us who read in English is that Juliet Mabeys’ Oneworld Publications in the UK has bought the English-language rights to The Night Mail and is to release the book in 2020.

The emphasis of Barakat’s book lies in a topic of immense relevance today, the experience of displaced people in a world of upheaval, especially in the dynamics we see in sway in the geopolitical arena.

Barakat’s book is described as a story told in linked lost letters from immigrants and refugees in what the Prize for Arabic Fiction organizers call a realm “like the times we live in, of deep questioning and ambiguity, where boundaries have been erased and old places and homes are lost forever.”

Barakat’s book has been praised for its clear-eyed interest in avoiding depicting all refugees as saints or sinners. There are both, and can be people of many kinds, of course. What’s more, in the often frightening world of displacement, the very experience of being separated from all that one has known can cause people to change, as well.

“When they leave their homes, they get very far from their childhoods and memories, but they still evolve and they’re the objects of politics and corruption.”Hoda Barakat

One of the points that Barakat has made, in conversations with the International Prize for Arabic Fiction shared with the news media, is her pleasure in the award because, as she puts it, “I write in Arabic for the Arab reader.” She has lived in Paris since 1989 and is a keen observer of the Arab diaspora.

What many may not realize about the Arab world is how much of it resides outside the Arab region. The CIA Factbook carries a 2014 population estimate of 366 million Arabs in the 22 Arab countries, with at least 17.5 million more living outside the region, the total coming close to 400 million. Arab League figures from 2016 put the global total between 407 and 420 million. The largest concentration of Arabs outside of the region is in Latin America, where up to 30 million people of Arab descent reportedly reside. São Paolo is said to have 11 million of Brazil’s 12 million Arab residents, and reports indicate that as many as 7 million Arab residents in Brazil are of Lebanese descent.

In our interview with Barakat—assisted at times by interpretor Rami Hatab—it quickly becomes clear that her focus on the topic of displacement has helped her understand that many of us today see these issues in terms of large numbers and big crowds rather than in terms of individual people.

‘We Don’t Want To Look at These People’

“I think we don’t want to look at these people,” at refugees, Barakat says.

“Even when we see them as innocents and victims, we don’t see them in the ways we normally see each other.

“We see them as a very low group of people,” as a kind of low caste, “like sheep, numbers of sheep,” quantified by numbers, “as masses of human beings.

“We try to avoid contact,” she says, with immigrants, and we see them as a class, rarely as individuals with specific personalities as those we know in our familiar day-to-day life. Needless to say, this can rob displaced people of some of their humanity, reducing them in the gaze of the more settled world to herds, moving across borders and continents as less than sentient creatures.

Barakat, who returned to Beirut during the Lebanese civil war to work as a teacher and translator, has seen these effects close-up and it has changed how she looks at people in migration.

“I don’t see them only as victims,” she says, “and I don’t see only them only as criminals. When they leave their homes, they get very far from their childhoods and memories, but they still evolve and they’re the objects of politics and corruption.”

Her own move to Paris has impacted her in ways she now understands more clearly than before, she says. “Even after 30 years in France, I still feel myself a stranger, not like a French woman.

“And my duty” as a writer, she says, “is only to listen to these people. They’re so lonely and so underestimated. It was very painful for me to write about these characters.”

Barakat recognizes that her readership for The Night Mail may include, simply because of the era in which it has appeared, people who are based in relatively stable parts of the developed world but who are having to consider for the first times in their lives whether they might have to consider departing because of intolerable political changes. Under the deepening difficulties of the Trump regime, for example, or in a Brexitian UK or a France torn by violent protests, uncomfortable questions arise even for the most fortunate of world citizens normally seen to be rooted in comfortably predictable settings.

Especially because her book is told in a tight, economical text that opens and closes snapshots into the needs and messages of “strangers,” people who are stranded, she says, “This could happen to anybody”—a deeply troubling idea that can cause fear for many in an era of so much migration.

And in a peculiar way, Barakat says, she finds a new understanding of this for herself, in the very experience of winning the International Prize for Arabic Fiction. It “makes me doubly happy,” she says, because the prize is both a high-visibility honor and it also lets her know that the linguistic world of her homeland knows and hears her.

The Arabic world is honoring one of its own who is, herself, in diaspora. “It’s as if home is calling,” she says. 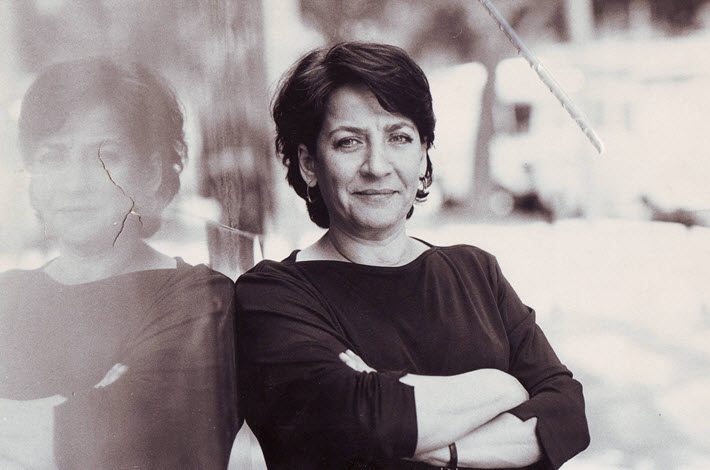