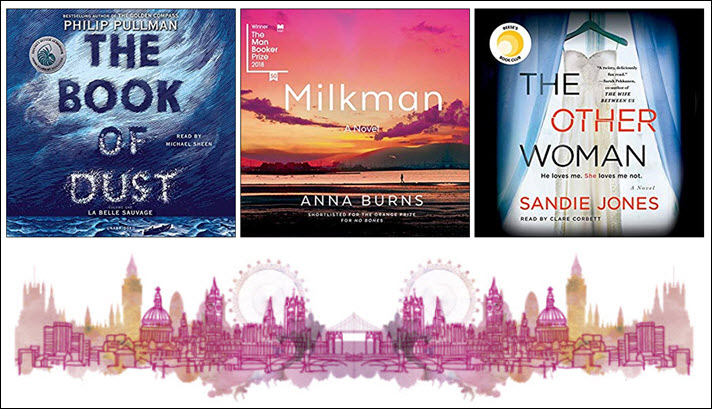 The London Book and Screen Week’s CAMEO Awards get their first outing in New York City when the London Book Fair presents an award for a US audiobook adaptation of a UK book during BookExpo. 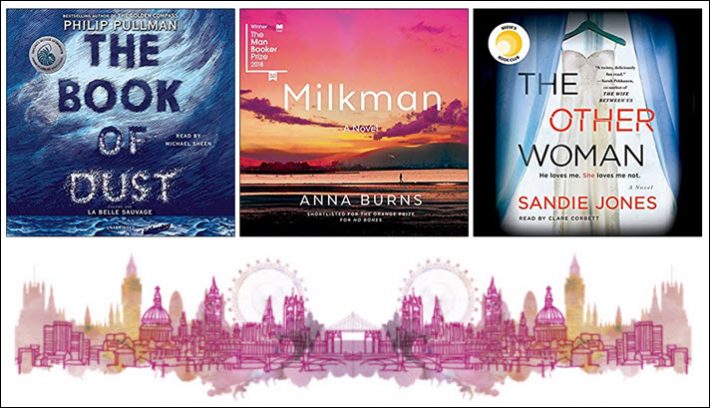 A British invasion of another kind, the London Book and Screen Week’s popular CAMEO Awards program will be seen in New York City for the first time on May 30 when the program—a feature of the London Book Fair‘s public-facing events—debuts during BookExpo.

Publishers Penguin Random House, Macmillan Audio, and Faber & Faber are in the running for the first of the CAMEO USA Book to Audio Award.

In London each year, the CAMEOs—Creativity Across Media: Entertainment and Originality Awards—are designed to recognize adaptations of books into screen work. As Publishing Perspectives readers will remember, this year’s main CAMEO Book to Film award went to Call Me by Your Name, the book original being by André Aciman (Atlantic Books) and the acclaimed film being directed by Luca Guadagnino with its screenplay, of course, from James Ivory.

In New York, the CAMEO Awards USA, as they’re being branded, will focus on the format that’s become the toast of the industry—audiobooks.

In fact, there’s a mission here: eligible audiobooks have been produced by American producers, studios, and other organizations who have “successfully transformed a UK-authored book into an audio format.” In short, with Brexit at the door, the UK industry is being sure to remind its vast world of international fans of the importance of British literature and of getting it into the ears of every available consumer. Eligible audiobooks were published in the States between September 1, 2017, and December 31, 2018.

And the value of the UK industry doesn’t stop at the writing. In media messaging today (May 23) from London, the program says, “UK narrators voiced four out of five top US audiobooks,” crediting that number to the Canadian online digital purveyor Kobo.

The creative industries are worth £84 million (US$106 million) to the UK economy, according to London’s announcement, and, as much of the work from the UK’s Publishers Association has indicated, this is important messaging during the Brexit negotiations, as those creative industries work to hold their place in a shifting economic setting.

London Book Fair director Jacks Thomas will be on-hand at the New York inauguration of the CAMEO Awards, as will the fair’s programming chief Orna O’Brien and marketing manager Helen Clifford.

And the actor Jim Dale—said by London Book and Screen week to be the world’s bestselling narrator of audiobooks—will join the London Book Fair team on the 30th to present the awards.

In a prepared statement on the announcement of the shortlist, Thomas is quoted speaking of the importance of “recognizing the best audiobooks adapted from UK books published in 2018.

“The book has shown its continuing power in so many formats, from games to TV, film to audiobooks.

“At London Book Fair this year, we recognized the unstoppable rise of audio content and this important award is clear recognition of book consumers’ appetite for this increasingly popular format.

“We are honored to share a stage with the world’s most popular narrator, Jim Dale, as we showcase fantastic UK literary talent that has found success in the all-important US market.”

In coming years, the Stateside edition of the CAMEOs are expected to expand to reflect their British originals, with other adaptation formats being honored, including film, television, and games.

In selecting this first year’s shortlist of audiobooks, the jurors looked for “both quality and success from entries, including, but not limited to: sales; reviews; press coverage; critical acclaim; social media profile; peer-to-peer recommendation, and industry prize nominations.”