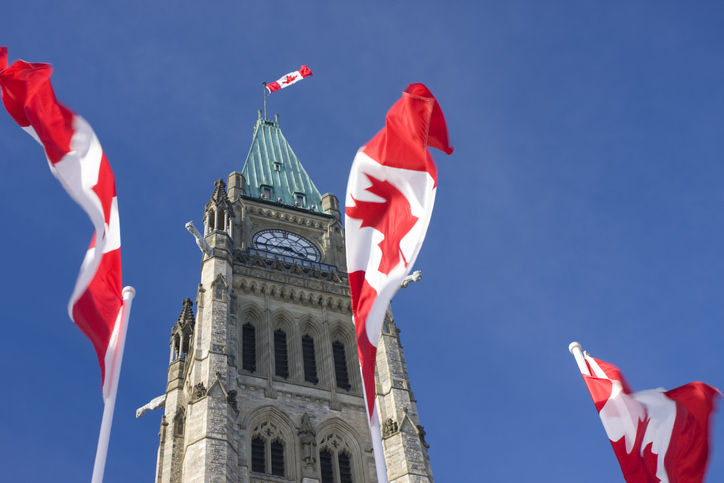 While the Standing Committee on Industry, Science & Technology is yet to weigh in, Canadian publishing sees light at the end of a tunnel, after years of devastating copyright losses, in the new Heritage committee report. 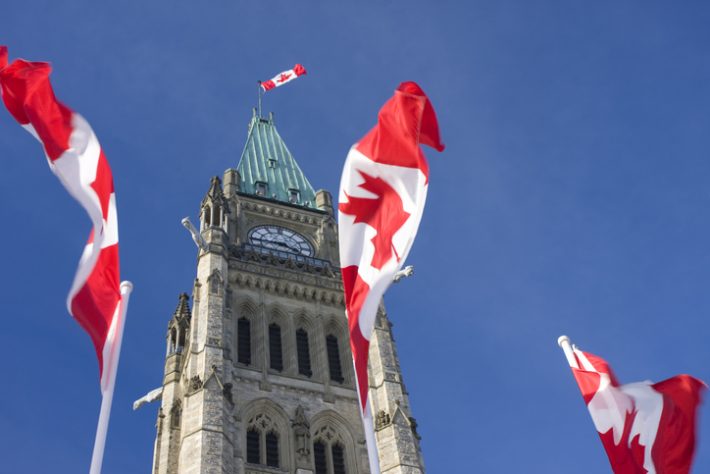 Levy: ‘The Committee Members Have Responded’

Canadian publishing today (May 16) is cheering sweeping new recommendations presented to parliament by the Standing Committee on Canadian Heritage, in its long-awaited and crucial review of the damage caused to rights holders by the country’s 2012 Copyright Modernization Act. Within a month or so, another major element of the process, a report from the Standing Committee on Industry, Science & Technology, is anticipated.

Today, Access Copyright, the federally mandated collection agency for English-language Canada copyright revenue, has issued a statement reading, “Access Copyright—and the 12,000 creators and 650 publishers the organization represents—thanks the Standing Committee on Canadian Heritage members for their thoughtful consideration of the unintended consequences of allowing education as a fair-dealing purpose, and for their work preparing the Shifting Paradigms report, which was tabled in the House of Commons on May 15, 2019.”

“The publishers in ANEL want the legislature to take these recommendations into account and amend the copyright law to curb the hemorrhage of incomes in the cultural sector,” said Arnaud Foulon, president of ANEL and vice-president of Montréal-based publishing house Groupe HMH.

While the recommendations don’t yet have the force of law yet from Ottawa, this is very much the signal that leaders of the international book industry have joined Canada’s beleaguered publishing businesses and community in advocating. On the face of it, this looks like the turning point.

In May 2018, Hugo Setzer—then vice-president of the Geneva-based International Publishers Association (IPA), now its president—flew to Toronto to testify about the world body’s professional judgment of the Canadian copyright furor. He spoke as the representative of the publishers’ associations of 69 nations, making the IPA the largest organization of its kind in the world.

Setzer told the committee, “Our concern is that Canada is now considered internationally an outlier, not only with its ‘fair dealing’ exception for education, but with its court-made law that equates fair dealing exceptions with so-called ‘user rights,’ all of which has resulted in loss of income for Canadian publishers and authors.”

Indeed, in February 2018, the controversy reached its most surreal moment when close to 100 Canadian school boards and education ministries sued Access Copyright, an action denounced by Canada’s Writers’ Union as “a cynical tactic.” The demand in the educators’ lawsuit was for reimbursement of three years of certain copyright revenue collections.

In a prepared statement, Roanie Levy, president and CEO of Access Copyright is quoted, saying, “The Shifting Paradigms report recognizes the very real impact of unintended consequences following 2012 changes to the Copyright Act. Moreover, the committee members have responded with recommendations that will help Canadian creators and publishers continue to produce the stories, materials, and resources educators and students want and need.” 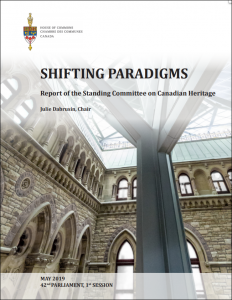 Specifically, the Access Copyright team is commending the committee for its recommendations that the government of Canada do these things:

In addition to those highlighted by Access Copyright, the committee has recommended that the government:

“If adopted,” reads Access Copyright’s messaging to the news media this afternoon, “these recommendations will foster positive, sustainable conditions for Canada’s writers, artists and publishers, and benefit students and educators at every level by encouraging continued investment in high-quality Canadian content.”

As Publishing Perspectives readers know, this is the situation that has made Canada the publishing world’s unhappy poster child for ill-advised copyright legislation that can harm authors and other artists and the creative industries, including of course publishing.

“Shifting Paradigms validates Canadian writers, visual artists and publishers and we look forward to working with the government and education sector to facilitate the recommendations’ implementation.”Roanie Levy, Access Copyright

Canadian publishers have estimated that they’re losing more than $50 million annually in copyright revenue as a result of the “fair dealing” crisis. At bottom, the problem was caused by language around “educational exceptions” being interpreted to mean that inappropriate copying and free usage in educational settings of copyrighted work was acceptable.

The crisis has set the publishing and educational communities at odds with each other in a series of increasingly acrimonious debates and court actions revolving around Access Copyright—the federally mandated collection agency for copyright revenue—along with the Association of Canadian Publishers, the Writers’ Union, and other organizations.

Today, in her statement on the committee’s work, Levy says that Access Copyright will advocate for these Canadian Heritage recommendations to be adopted.

“Shifting Paradigms validates Canadian writers, visual artists and publishers and we look forward to working with the government and education sector to facilitate [the recommendations’] implementation,” she says.