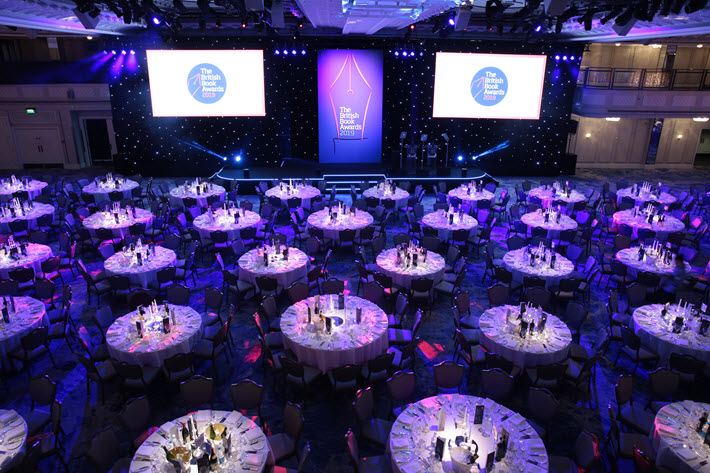 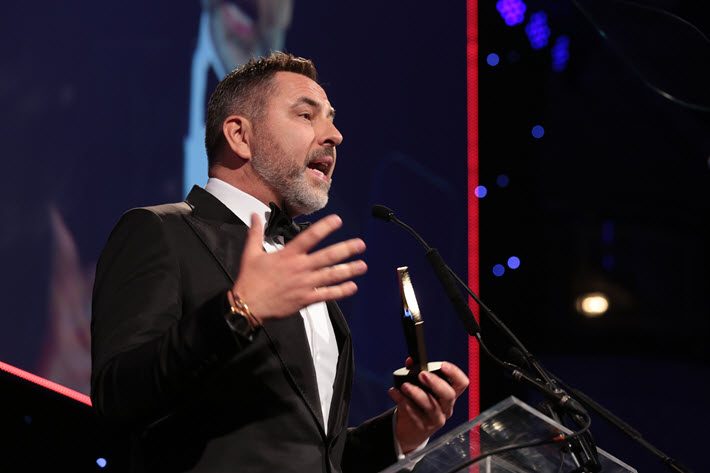 Children’s author David Walliams accepts his British Book Award for Children’s Fiction Book of the Year at the 2019 Nibbies, making a point to thank illustrator Tony Ross, saying, ‘A children’s book is nothing without its pictures.’ Image: British Book Awards

In what many will see as a surprise, Michelle Obama’s Becoming is not the British Book Awards‘ top Book of the Year winner. Instead, that overall honor has gone to the Irish author Sally Rooney, 28, for her widely praised second novel, Normal People.

Rooney’s win also means that Viking, a division of Penguin Random House, has seen one of its most effective bestsellers supplanted in the top slot at the “Nibbies” by one of the UK’s most revered independent houses, the venerable Faber & Faber, which is in its 90th year of operation.

In other wins that have been announced tonight (May 13) at Mayfair’s Grosvenor House in London:

In a prepared statement, Philip Jones, editor of The Bookseller, which owns and produces the British Book Awards, is quoted, saying that the awards this year, “show off the breadth and dynamism of UK publishing, from the commercial heavyweights such as David Walliams and Lee Child, to new writers like Leila Slimani, Matthew Syed and Sally Rooney, to major breakthroughs from Michelle Obama and the team behind Bosh!, through to beloved writers and illustrators such as Judith Kerr and Louise Candlish, these are the books and authors that defined a great year in the book business.” 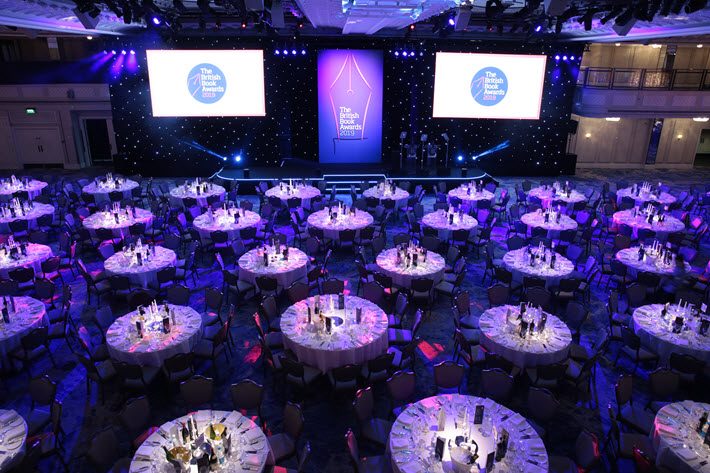 At the British Book Awards, the ‘Nibbies,’ at Grosvenor House in London’s Mayfair. Image: Provided by FMcM 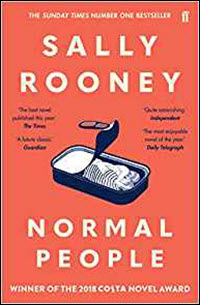 Sally Rooney was not present to accept her award, but in a statement in response to news of her success, she is quoted, saying, “It’s an enormous privilege and an honor for me to receive the overall Book of the Year Award at the British Book Awards.

“I want to say thank you, specifically, because I feel I had an extraordinary lucky experience with this book. I’ve received such enormous support and generosity from my own publisher, Faber & Faber, of course, and also from the bookselling community generally, from libraries and librarians, and the community of people who love books.

“It has been a really privileged experience for me, and I do feel astonishingly lucky.”

Jurors were effusive in their praise for Rooney, with Stig Abell, who is editor of the Times Literary Supplement, saying, “Sally Rooney may well be on her way to becoming the major literary figure of our time, a generational talent. This is a book that, five years from now and fifty years from now, we will still be reading. It is fantastically important.” 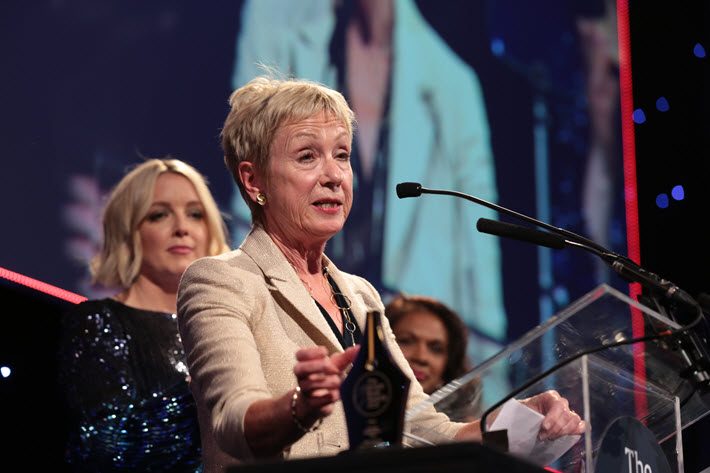 Michelle Obama sent a videotaped message (below) to the program for display on Monday evening, and Jo Dibb, head teacher at London’s Elizabeth Garrett Anderson School, was on hand to accept for the first lady. The award was presented by the Guyanese-British business owner, activist, and author Gina Miller (Rise: Live Lessons in Speaking Out, Standing Tall, and Leading the Way, Canongate, 2018). 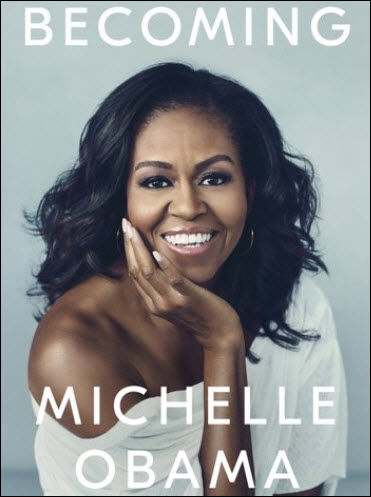 Obama mentioned the school in her message, in which she said, “This is an incredible honor. I want to thank the British Book Awards for this recognition, as well as Penguin Random House UK and everyone who helped bring this book to life—especially the readers.

“It’s been such an uplifting and powerful experience to share my story with everyone across the United Kingdom these past few months.

“I especially loved the opportunity to connect with so many bright young women, like the incredible students at the Elizabeth Garrett Anderson and Mulberry schools in London, whose stories reminded me so much of my own.

“Two years ago, when I started writing this memoir, I wasn’t thinking about awards; my biggest hope was simply to create something meaningful for the people who read it, something they might be able to connect to their own lives.

“Because I know that my story isn’t unique. It’s the story of a working class black girl learning to make music on the piano with broken keys, of a high school student who wondered if she’s good enough, of a mother trying to balance a career, two daughters, and a husband with big goals, while carving out a better sense of herself.

“I want to thank all of you for allowing me to share my story. My greatest hope now is that each of you will share yours too.”

A *very* special message from @MichelleObama herself, who has won the Non-Fiction: Narrative Book of the Year award, presented by @thatginamiller, for her memoir Becoming #Nibbies ✒️📚🏆 pic.twitter.com/JaLR0p0lST 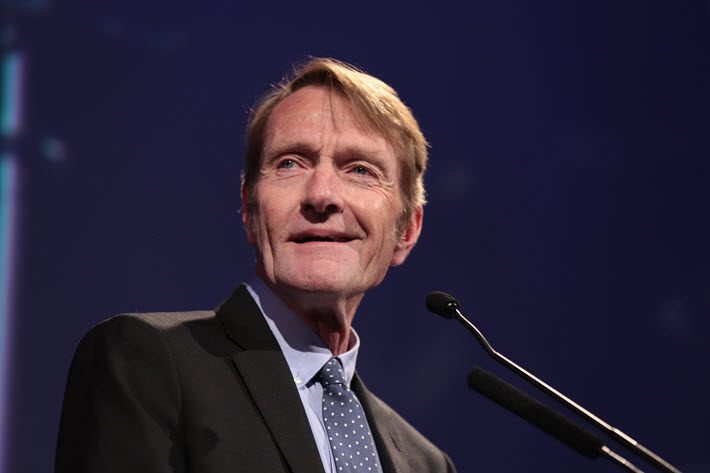 In accepting his accolade as Author of the Year, Lee Child, 64, said, “I am deeply deeply grateful to get this. I will treasure it forever. Half of my brain is saying how crazy it is to get a prize for having the best time ever.

“Now more than ever, I and millions of other people depend on you,” the publishing industry, “for honest nonfiction, diverting fiction, which we are getting.”Lee Child

“When I started in this business, the first thing I noticed was how lovely you all are. What I really care about is what you [the books trade] do. What you write, what you agent, what you edit, what you publish, what you publicize.

“Now more than ever, I and millions of other people depend on you for honest nonfiction, diverting fiction, which we are getting.

David Walliams: ‘Nothing Without Pictures’ 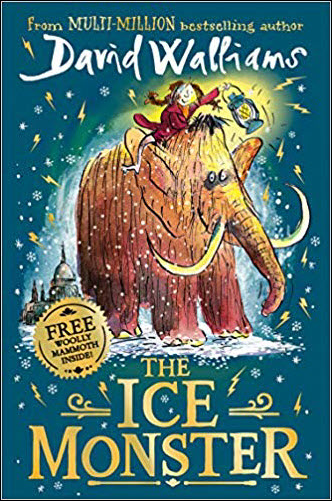 In accepting his award, the frequently lauded David Walliams made a special point to bring credit and appreciation to his illustrator, saying, “There’s a brilliant quote isn’t there, ‘What is the use of a book without pictures?’

“A children’s book is nothing without its pictures, so I’d like to share this award with Tony Ross.”

In a parallel set of awards, the Nibbies program has named the following winners for 2019:

One of the largest awards programs in the crowded field of annual English-language prize programs, the Nibbies require a squadron of jurors—more than 65 of them this year. These category winners announced tonight are  decided by eight separate judging panels.

In their evolved state—since being revived by Nigel Roby’s canny purchase of the brand for The Bookseller—the British Book Awards have been expanded to embrace, each year, a broader cross section of both the business and the literature of the UK publishing market.

Promotion for the Nibbies position them as “the only literary awards in the UK that champion books that have been both well-written and brilliantly published, honoring not just the author and illustrator of a title but [also] the entire publishing team.”

A full listing of the 2019 British Book Awards shortlist is in our coverage here. 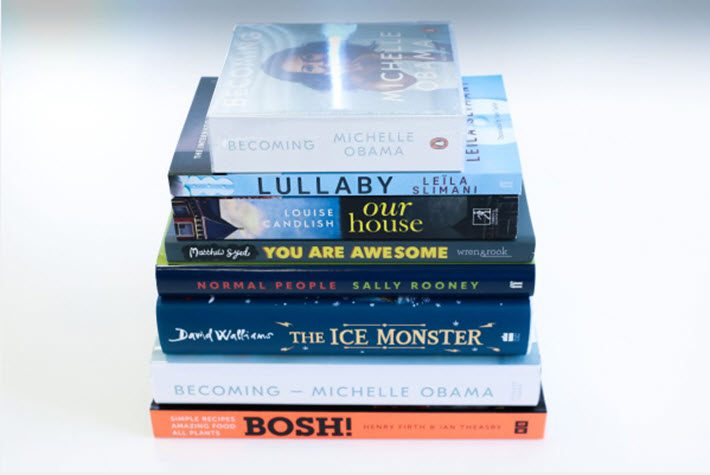