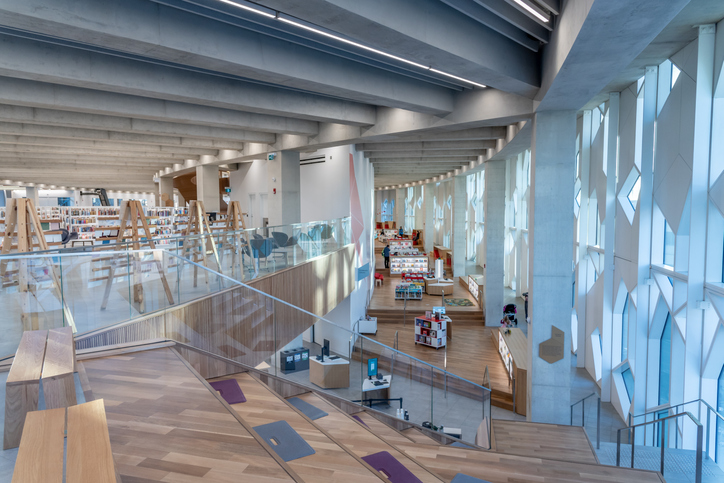 New research from BookNet Canada indicates that consumers who borrow books from libraries also purchase more books per month than those who don’t use libraries. 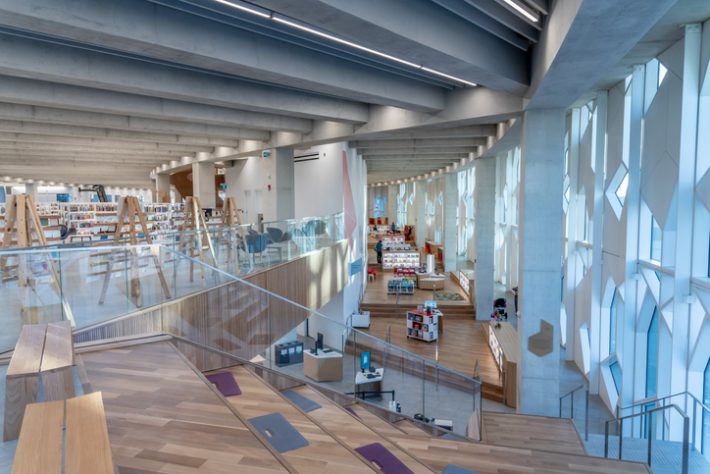 In the results of a study released today (May 28) to the news media, BookNet Canada is reporting an apparent correlation between library patronage and book buying.

The research, titled Borrow, Buy, Read: Library Use and Book Buying in Canada, found that “those who had both borrowed a book from a library and purchased one in the last year purchased an average of three books per month, whereas those who had purchased a book but said they never visit a library bought the least amount of books, with 2.6 purchases.”

Data for the study was collected through 2018 using online surveys asked of adult, English-speaking Canadians. And it is, of course, a frequent desire of those in the library world to prove their efficacy to the trade as consumer-builders so as not to appear to be cannibalizing book sales.

The study developed a profile of the typical Canadian book borrower with these attributes:

At the peak, buyers who visited the library 10-14 times in the previous month said they purchased an average of 6.1 books in a given month. 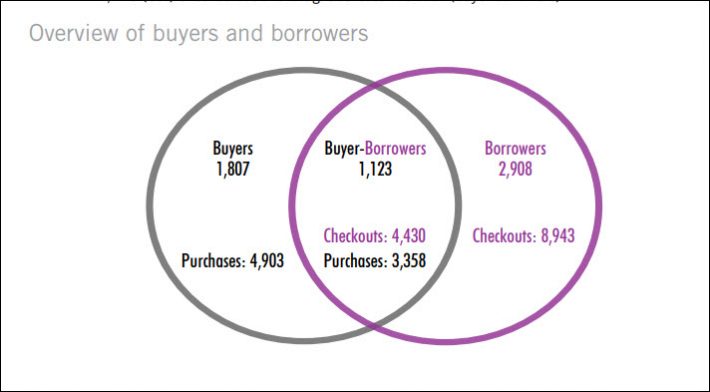 Library borrowers were also seen as “more likely to read print books daily (24 percent) or several times a week (28 percent), when compared to readers (20 percent and 22 percent, respectively), who are more likely than borrowers to read less often than once a month or rarely.”

“In terms of frequency,” the BookNet staff reports, “borrowers [say they] are listening to audiobooks more often than readers in general.” 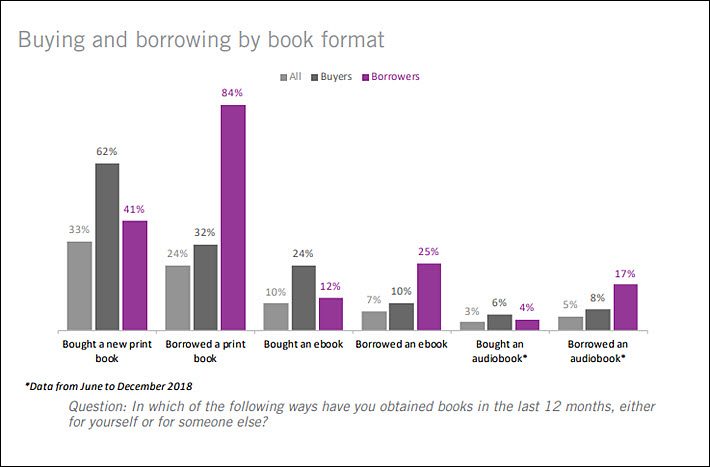 In terms of discovering books, the study’s report says: 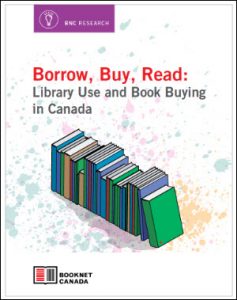 And as to the concern about leisure time in a crowded lifestyle and how it impacts reading, the study found that “the majority of borrowers (60 percent) said that the amount they read in 2018 stayed the same as in 2017, while 28 percent felt that their reading time had increased.

“Only 12 percent reported that the amount of time they spent reading in 2018 decreased from 2017.”

In an interesting comparison of what’s popular in sales vs. library borrowing, one finding was that literary fiction readers are likelier to be buying than borrowing their books, while several categories appeared in the Top 10 as buys but not at all in library interests (historical fiction, fantasy and magic, biography and autobiography). 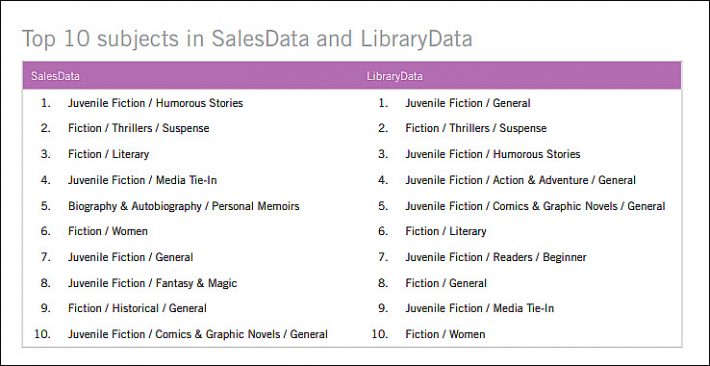 According to The Canadian Book Market 2018, which uses data from SalesData, the BookNet team reports, “The market share of top-level subjects in the Canadian retail market in 2018 was:

The public library market reported more than 8.5 million loans to LibraryData from June to December 2018:

As Publishing Perspectives readers know, BookNet Canada is a nonprofit organization that develops technology, standards, and education to serve the Canadian book industry. Founded in 2002 to address systemic challenges in the industry, it supports publishing companies, booksellers, wholesalers, distributors, sales agents, and libraries.