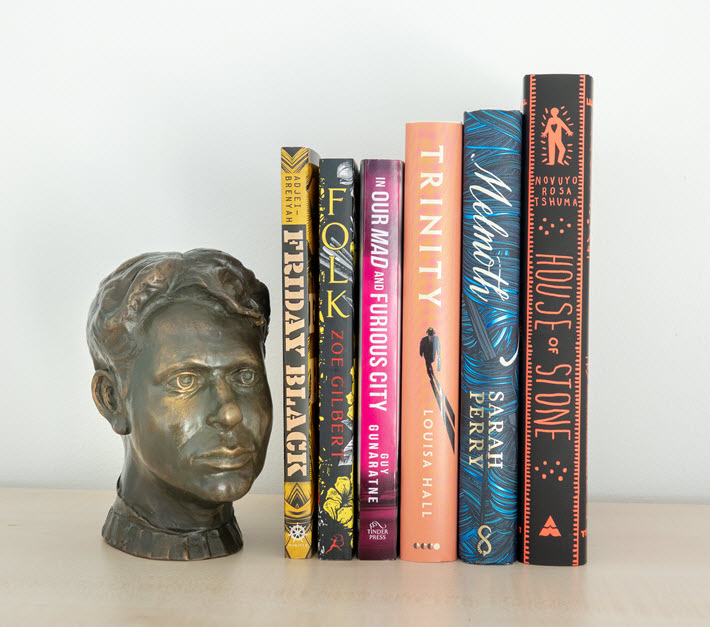 The 2019 Dylan Thomas Prize shortlist includes a Zimbabwean, a British-Sri Lankan and an American Ghanaian, and it recognizes writers under 39 years old.

The Winner Is To Be Named May 16

The 2019 Swansea University International Dylan Thomas Prize announced Tuesday (April 2) its most diverse shortlist yet with breakout debut authors topping the list. Those include the American-Ghanaian Nana Kwame Adjei-Brenyah, the British-Sri-Lankan author Guy Gunaratne, and the Zimbabwe-born writer Novuyo Rosa Tshuma in work that takes on issues of race, immigration and post-colonial history.

Also on the shortlist are Louisa Hall with a kaleidoscopic novel on Robert Oppenheimer, the father of the atomic bomb; Zoe Gilbert and her tale of the fictional village of Neverness; and Sarah Perry with her latest bestseller Melmoth.

Publishing Perspectives readers will recall the longlist announced at the end of January.  The prize honors writers under 39 years of age–the age at which the program’s eponymous poet died–and awards a £30,000 purse to its winner ((US$38,347).

In a prepared statement, Smith is quoted, saying that the shortlisters “are linked by a passion for individual sensibilities against a backdrop of history; sometimes violent, always life-changing.

“No doubt these six writers will go on to make their distinctive voices heard, contributing to that timeless canon of literature that entrances, challenges and provokes.”

The 6 shortlisted books comprise five novels and one collection of short stories.

The winner will be announced on Thursday May 16 at Swansea University’s Great Hall, following International Dylan Thomas Day on May 14.