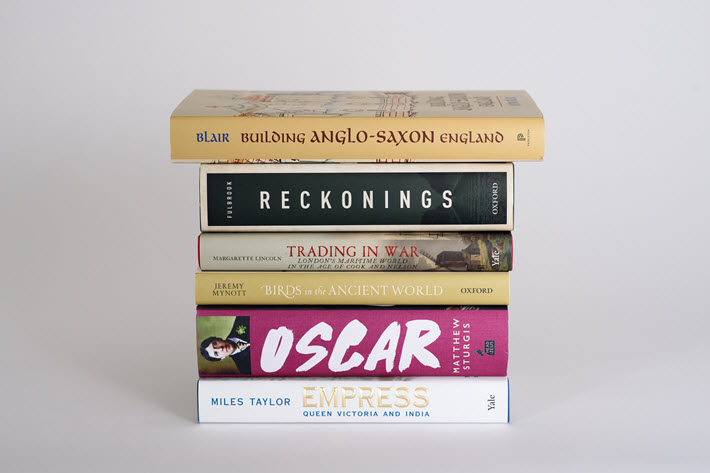 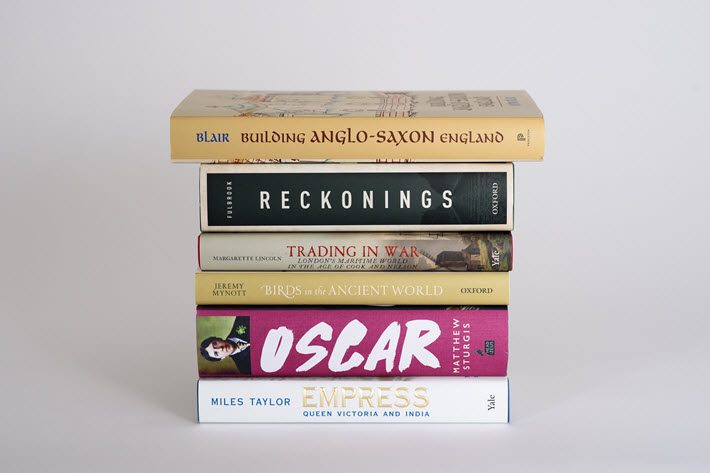 As Publishing Perspectives readers may recall, the University of Warwick’s Peter Marshall was the 2018 winner for his Heretics and Believers: A History of the English Reformation (Yale University Press).

To be eligible for consideration, authors must be resident in the UK in the year of the book’s publication (the preceding year of the award), must not be a previous winner of the prize. The book in question, according to media messaging today, must be “scholarly, accessible and well written.”

The winner of the Wolfson History Prize 2019 from the Wolfson Foundation is to be named at Claridge’s in London on June 11.

The jurors for this year’s award cycle are:

In a prepared statement, Cannadine, chair of the jury, is quoted, saying, “The great strength and depth of history writing in the UK is demonstrated by this year’s shortlist.

“It brings together a range of authors, writing very different types of history across many periods and from divergent perspectives. The unifying element is a commitment to share their meticulous research and passion for their subject with as wide an audience as possible.

“The task of the judges–although difficult–was a delightful one, and it’s with great enthusiasm that we announce the shortlist for 2019.”

“The Prize celebrates wonderful books–books that break new ground in understanding the past and which are written in an engaging and accessible style, attributes which each of this year’s shortlisted works skillfully demonstrate.”

As the organizers are pointing out, this year’s shortlist includes two prominent personal histories, one of Queen Victoria and one of Oscar Wilde.

The organizers assert that Matthew Sturgis’ book on Wilde is the first such biography in 30 years. And the Wilde book is also of interest because–as is easily discerned by a look at the list’s publishers–it is the only work of a non-academic historian. Considering the preponderance of the Yale-Princeton-Oxford axis on the list, it’s a commendation to Sturgis and Head of Zeus to have made the shortlist.

Also of special interest, illustrations play a role in the Jeremy Mynott book on birds, in a plate, for example, showing a kingfisher in a mosaic in the House of Blandus at Pompeii, and a plate picturing an Attic urn from 515 to 505 BC depicting two men and a boy greeting the first swallow of spring.

More can be learned on May 7, when the shortlisted authors can be head in a recorded conversation about their work with Rana Mitter on BBC Radio 3’s Free Thinking program.