Named for an avid young reader who died very early, Oscar’s Book Prize recognizes titles for pre-schoolers with an eye to family reading. 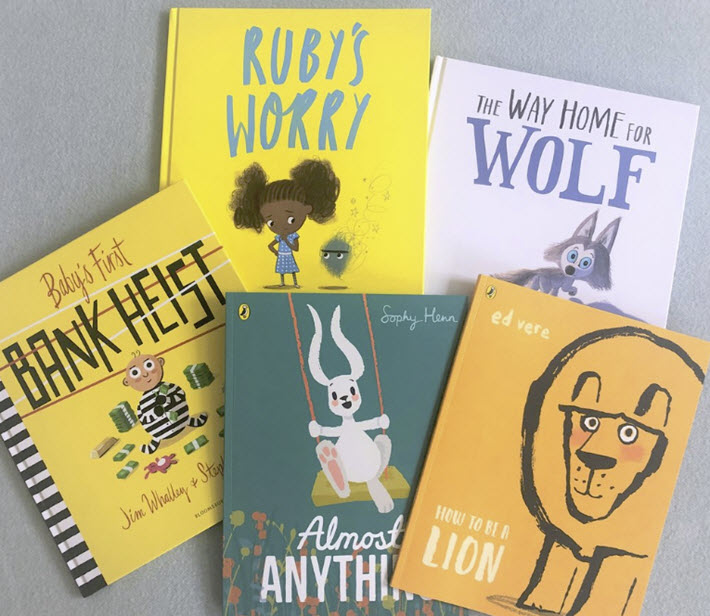 Shortlisted titles for the 2019 edition of Oscar’s Book Prize

‘To Celebrate a Child’s Love for Magical Stories’

A new entry in the many awards programs Publishing Perspectives covers, the UK’s Oscar’s Book Prize is a £5,000 (US$6,537) literary award books for children younger than 5 years.

This week, it has announced its sixth annual shortlist. For its 2019 cycle, the program had 117 submissions from many parts of the United Kingdom. Entries are made by the books’ publishers.

The program is named for Oscar Ashton, who died in 2012 before his fourth birthday of an undetected heart condition. As his parents, James Ashton and Viveka Alvestrand, write in their tribute to their son, “We wrestled with how to commemorate him.

“By launching Oscar’s Book Prize, a hunt for the best pre-school book of the year, we aimed to celebrate a child’s love for magical stories. They are the books that our son rifled through eagerly and they helped to foster his vivid imagination.”

This award has two sponsors. One is the UK’s ubiquitous National Literary Trust, and the other is the Amazon Literary Partnership, a program you can learn more about from our conversation with its director, Neal Thompson.

This year’s winner will be announced on May 9 at a party hosted by the May Fair Hotel in central London.

The 2019 jury for the award includes:

Media messaging for the award supplies a comment from a juror about each of the shortlisted titles, and we include those remarks with edits.

Juror Viveka Alvestrand says, “The illustrations in The Way Home for Wolf transport you right inside the book. You’re standing there with the Northern Lights in front of you–it’s breathtaking. It conveys that wonder and awe of nature beautifully.”

Juror Lauren Child says, “Ed understands how to pace a story, tell it beautifully, and make an important point about being true to yourself and loyal to your friends. It doesn’t preach nor resort to sentimentality, and yet a very clear point is made about how it’s possible to deal with those who wish to bully and intimidate.”

Juror Brigitte Ricou-Bellan says, “It has beautiful illustrations and brings to life behaviors or ideas that are not easy to discuss. It’s clever and most original in many ways.”

Juror Sarah Brown says, “It reflects the concerns that little people have. So many children are reticent about having a go at things, or they give up if they aren’t good straight away. I couldn’t think of anything else like it.”

Juror James Ashton says, “It had an edge to it. It’s a smart and sassy story with some laugh-out-loud moments and vibrant illustrations.”

Amazon’s Ricou-Bellan is quoted, saying, “Congratulations to all those shortlisted. … This year, the selection was specifically rich and interesting, with diverse characters, themes, and beautiful illustrations.

“These are a set of books that can spark the joy of reading in any child and engage their parents.”

The prize administration adds without citing a source that some “27 percent of 5-year-olds in England starting primary school lacking the literary skills for their age. Yet, experts say that just 10 minutes of reading at home can make a significant difference in their achievement levels.” (Publishing Perspectives is asking for the source of this statistic on primary school reading preparation in the UK.)

Also in the news material for the program, Audible’s narrator of the year, Clare Corbett, offers five tips for encouraging young children to read:

More from Publishing Perspectives on publishing and literature awards programs is here. And more from us on children’s books is here.