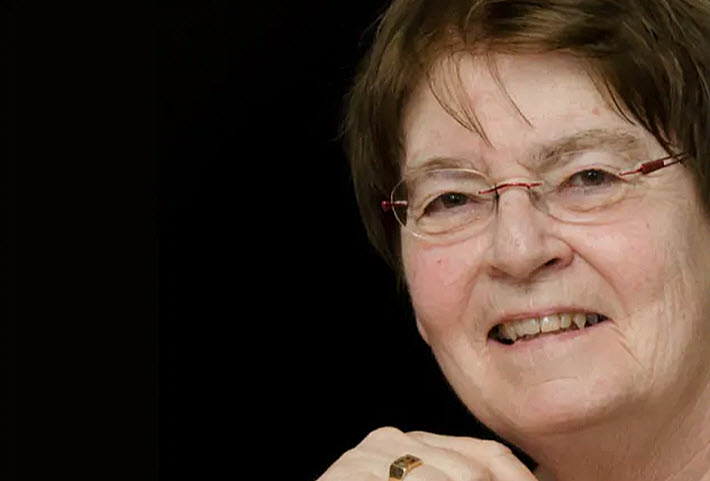 French-Canadian author Nicole Brossard is named the 2019 recipient of the Griffin Trust’s lifetime achievement award the honor to be conferred June 6.

Among the most prestigious of honors of its kind, the Griffin Trust for Excellence in Poetry has announced today (April 25) that Montréal’s Nicole Brossard is the recipient of the 2019 Lifetime Recognition Award.

Brossard was born in Montréal in 1943. Twice a Governor General’s Award winner for her poetry, she has published more than 30 books since 1965.

Many have been translated into English, including: 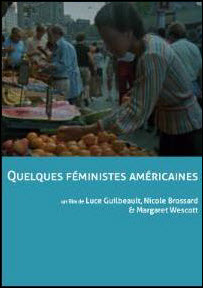 Brossard is an officer of the Order of Canada, chevalière of the National Order of Québec, and a member of l’Académie des lettres du Québec.

She has twice won the Trois-Rivières International Poetry Festival Grand Prix Québecor (1989 and 1999).

In 1991 she was awarded le Prix Athanase-David (the highest literary recognition in Québec). Her work has been widely translated into English and Spanish and is also available in many other languages, including German, Italian, Japanese, Slovenian, Romanian, Norwegian, Catalan, and Portuguese.

Two anthologies of her work in English have appeared: Selections: the poetry of Nicole Brossard (2010) and Mobility of Light (2009), with another planned for publication in 2020.

In 2015, Brossard she was included in the dictionary Le Petit Robert des noms propres. In 2018, she won the first Violet Prize awarded by the Blue Metropolis Festival. 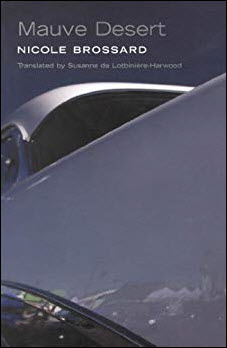 The translation by Susanne de Lotbinière-Harwood

Mauve Desert has been presented as a multidisciplinary creation in 2018 and is slated for an opera adaptation in 2020-21.

In 2019, an anthology of her poetry in Portuguese and a translation of Mauve Desert in Catalan will be published.

Her most recent book in English is an art chapbook titled A Cappella with illustrations by Mauricio Corteletti, translated by Erín Moure and Robert Majzels.

The Griffin is said to be the world’s richest prize for a first edition single collection of poetry written in English.

The authors of the seven shortlisted books will be invited to read in Toronto at the Royal Conservatory on June 5. These finalists will each receive CA$10,000 (US$7,414).

In 2004 Carolyn Forché was named a trustee and joined the list of internationally-acclaimed writers who sit on the board of the Griffin Trust. In 2014, Karen Solie, Colm Tóibín and Mark Doty were named trustees, and in 2016, Jo Shapcott and Marek Kazmierski were named trustees. Margaret Atwood, Robert Hass and Robin Robertson have assumed the role of trustees emeriti.

More from Publishing Perspectives on awards in books and publishing is here, and more from us on the Canadian market is here.